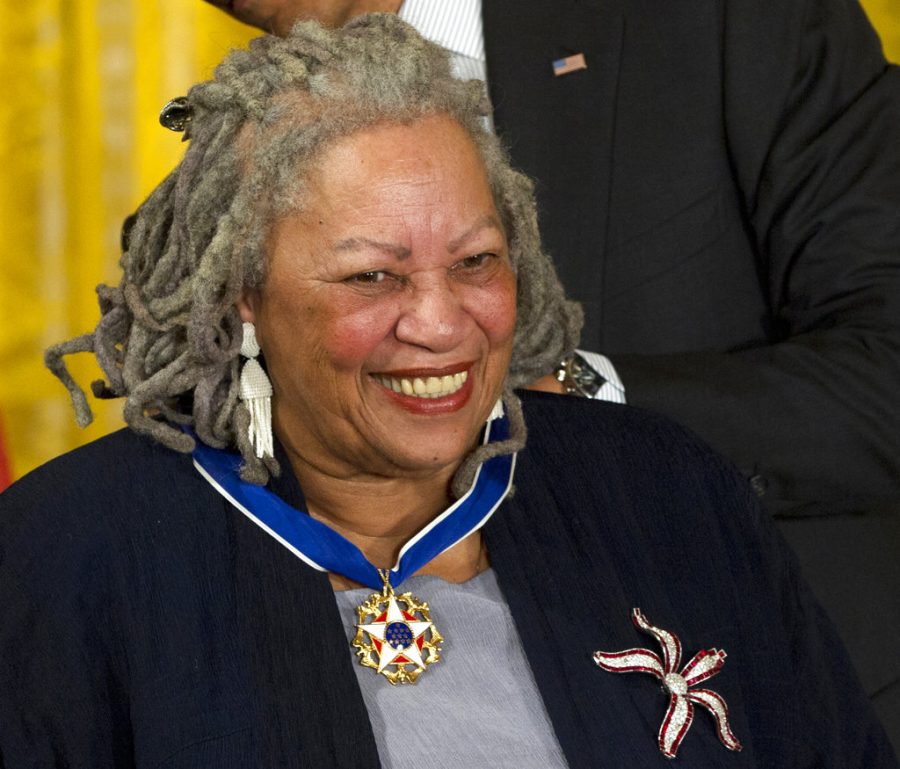 FILE – In this May 29, 2012, file photo, author Toni Morrison receives her Medal of Freedom award during a ceremony in the East Room of the White House in Washington. PEN America, the literary and human rights organization, has assembled more than 1,500 hours of audio and visual material for a digital archive featuring Morrison and other leading writers and public thinkers of the past half-century. The literary and human rights organization told The Associated Press on Wednesday, July 26, 2017, that the archive has been in the works since 2011. (AP Photo/Carolyn Kaster, File)

Toni Morrison
“Freeing yourself was one thing; claiming ownership of that freed self was another.”

“For me, the history of the place of black people in this country is so varied, complex, and beautiful. And impactful.”

Chloe Anthony Wofford Morrison, known as Toni Morrison, was an African American author who wrote about the Black American experience in her novel, Beloved. Other than writing her popular novel, she also writes plays and children’s books. She was the first African American woman to win the Nobel Prize for Literature. In addition to her Nobel Prize, she was also awarded the Pulitzer Prize and the Presidential Medal of Freedom by President Barack Obama.