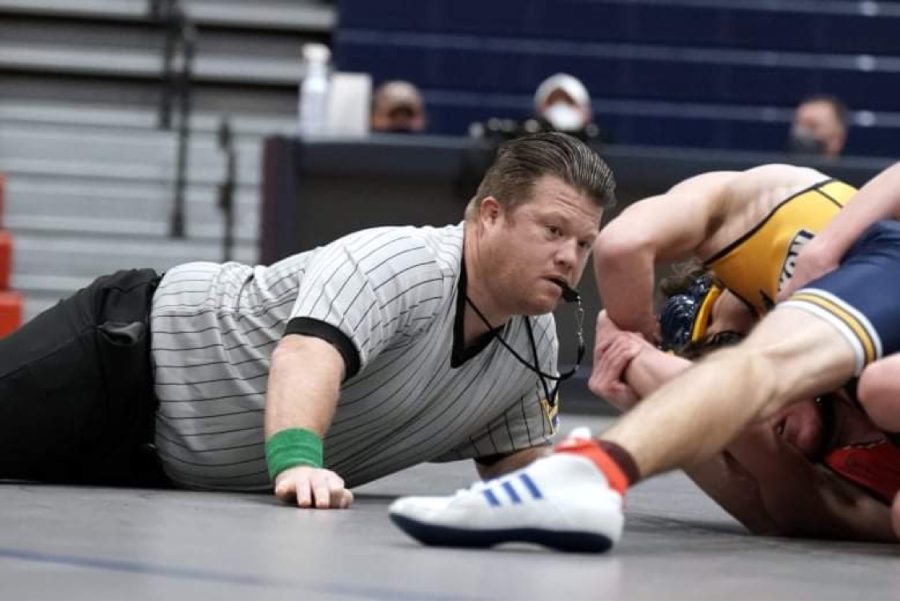 What is your side hustle?

“My side hustles are sports broadcasting and being a PIAA official for the sport of wrestling.”

When did you start your side hustle and how long have you been doing it?

“I started broadcasting sports when I was a student here at North Penn HS in the late 90s. I continued it throughout my college career at the University of Miami, where I did play by play for the National Champion Miami Hurricanes football and baseball teams. After college, it was my main job prior to becoming a teacher. I spent one summer calling baseball in Montpelier, Vermont, and another with the Wilmington (DE) Blue Rocks. At the same time, I was doing high school football and basketball for WNPV radio, which the school district now owns. I still do high school and college sports for Service Electric TV and ESPN+, mostly Lehigh and Rider University wrestling, with a little football mixed in. As far as wrestling officiating, I began in 2009 after coaching here with Mr. Shettsline for about 5 years as an assistant. In 2008, we were hosting a JV tournament and one of the officials got injured, so I volunteered to help referee and I loved it. I took the officials’ exam later that year and started officiating in the fall of 2009 and am now in my 12th year as a PIAA official.”

Talk about your favorite part of the side hustle.

“While I wanted to truly “make it” in the field of sports broadcasting, I truly appreciate the opportunities that I have had to call some amazing sporting events, most notably: Two College World Series (2001 & 2003), The 2003 Fiesta Bowl (I’m still not over the robbery of a Miami National Title at the hands of Ohio State), the college “Winter Classic” ice hockey game at Citizens Bank Park, two state championship football games, four PIAA wrestling state finals, three PIAA baseball championship games (including the most recent two NP titles) and last June’s state championship softball game. I truly enjoy officiating wrestling because it’s a great way to stay connected to and give back to the sport I spent so much of my life doing. I’ve been involved in wrestling in some capacity since I was 4 years old. I’ve been fortunate enough to rise through the ranks relatively quickly and have officiated two state championship tournaments for the PIAA. My favorite part of officiating is simply just doing a good job at a match or a tournament. I take great pride in being a fair official and you owe it to the athletes to bring your best every single match because you know the wrestlers are doing the same. The parents and fans certainly aren’t paying money to watch me referee, so being unnoticed is the best way to do a good job. Wrestling (and all sports, for that matter) are in desperate need of officials, so I encourage any graduating senior to consider becoming an official – you are eligible to take the test as soon as you graduate high school!”