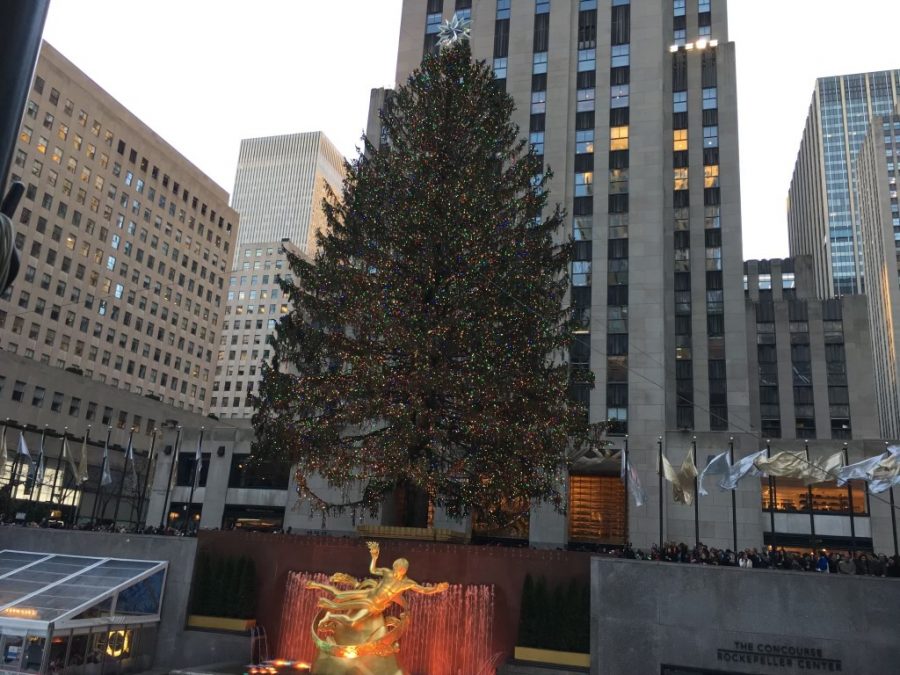 New York continues to make the holiday season special, even while in a pandemic. Annual traditions, such as the Rockefeller Christmas tree, give us a sign of hope during these uncertain times.

The Rockefeller Christmas tree: a sign of hope in the midst of the pandemic

NEW YORK — Children weaving in between crowds of people, ice skates slicing through shards of ice, people walking the streets bobbing their heads to distant Christmas carols—these are what made up a typical Christmas in New York prior to 2020.

New York has always been known for hosting the most monstrous Christmas trees and extravagant ceremonies in Rockefeller Center for people from all over the world to enjoy; however, this year, there are many restrictions on what we can and cannot do. Year after year, New York has set high standards for themselves and the nation on what a Christmas tree should really look like, and as a result, they are working to the best of their abilities to make the most out of Christmas 2020.

The Rockefeller Center Christmas tree has been a tradition since 1931, and until this day, even in a global pandemic, the tree still stands taller than ever.

The 75 foot tall Norway spruce came all the way from Oneonta, New York. The tree was donated by Al Dick and was lit up for all of New York to see on December 2nd. Following the season, Al Dick has agreed to donate the tree to Habitat for Humanity to use its lumber to build homes for people in need. Despite the controversy on the size and quality of the tree, one would say that it is a miracle that this long-standing tradition has not been put to rest because of the virus.

Many of the festivities that come along with the tree will resume without public attendance such as NBC’s 88th tree lighting ceremony, “Christmas in Rockefeller Center.” The fact that these heartwarming productions are still being aired, in spite of Covid, brings hope and puts a smile on people’s faces nationwide.

Generally, there has been a lack of Christmas celebrations this year, so watching the spruce light up and stand tall for all of New York to enjoy is a gift in itself. Throughout the course of 2020, so many people have been financially, emotionally, or physically unstable and unable to support themselves and their families. This tree provides those with a sign of hope and joy during the holiday season that is like no other.