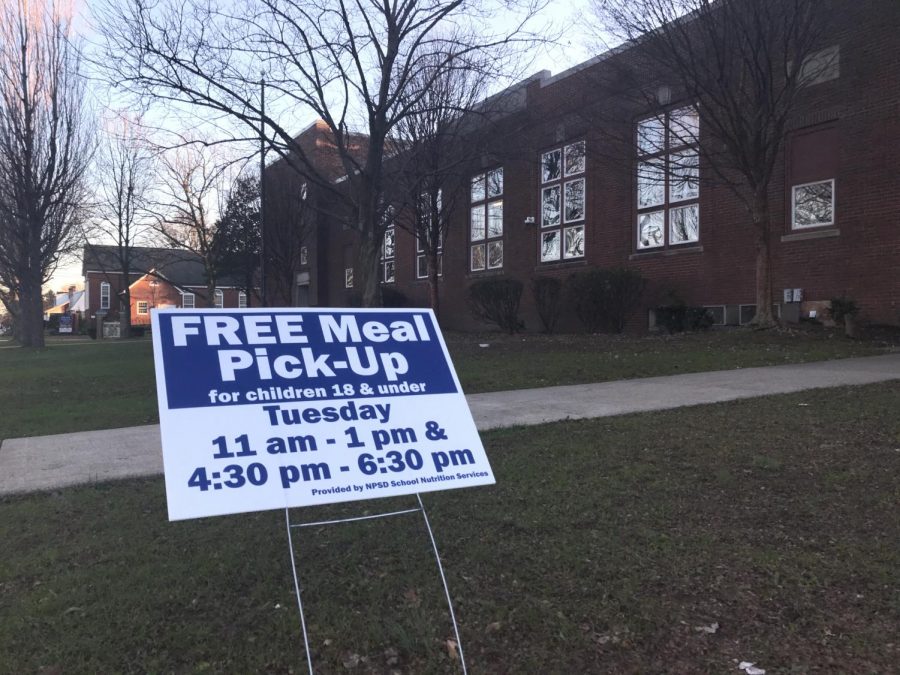 North Penn has struggled to make a number of decisions since the COVID-19 pandemic began. When will we re-open our schools? How will that look for staff and students? What safety measures need to be implemented? However, one issue was solved by the district nearly instantaneously after schools shut down in March; how to provide meals to North Penn families who need them.

Beginning on March 17, free meals were handed out at five schools across the district for three hours each day. By the end of March 25, 7,822 meals had been served in just the first seven days. On March 30, School Nutrition Services (SNS) announced that meal distributions were being condensed to just twice a week; 11 a.m to 1 p.m. on Mondays (three days’ worth of meals given) and Thursdays (four days’ worth of meals given).

“Even though we will be limiting our distribution days, we will be increasing the amount of meals we will be handing out, so now we are also providing an additional breakfast and lunch for a meal over the weekend,” Melissa Froelich, district coordinator of School Nutrition Services, told The Reporter on March 26.

Distributions continued through the rest of the 2019-2020 school year and through the summer, with 340,000 meals being served as of August 27th.

Beginning on the first day of the 2020-2021 school year, August 31, pickup locations changed to all elementary schools except for Knapp (due to ongoing construction), and Penndale Middle School. As of then, meals would only be picked up once a week, on Mondays.

As the school year began, Froelich and SNS continued to adapt to what worked best for North Penn families in need of food, and brainstormed creative ways to mix up the SNS menus.

“We are going to be baking fresh muffins, we’re going to be making some smoothies, making some homemade veggie burgers, things like that that we can freeze and send in our weekly meal packages. The first few weeks, we’ll be trying to figure out how some of the logistics will work, but by probably mid-September you’ll be seeing some other, new items on the menu,” Froelich told “The Reporter” on September 8.

At the North Penn School Board October Action Meeting, Chief Financial Officer Steve Skrocki shared that the USDA had extended its free meal program  from January 1, 2021 through the end of the school year, meaning that any North Penn student who needs a meal will be able to get it for free until at least the end of the 2020-2021 school year.  Skrocki also shared at the December 7 meeting that a total of 742,386 meals had been served.

The employees of SNS have tirelessly worked over the last nearly 9 months to serve hundreds of thousands of meals to local families in need, and will continue to do so as long as is necessary. They are true heroes of 2020.

Stay tuned to The Knight Crier for a full feature on School Nutrition Service’s work throughout the pandemic in early 2021, when they are expected to hit the 1 million meal mark.