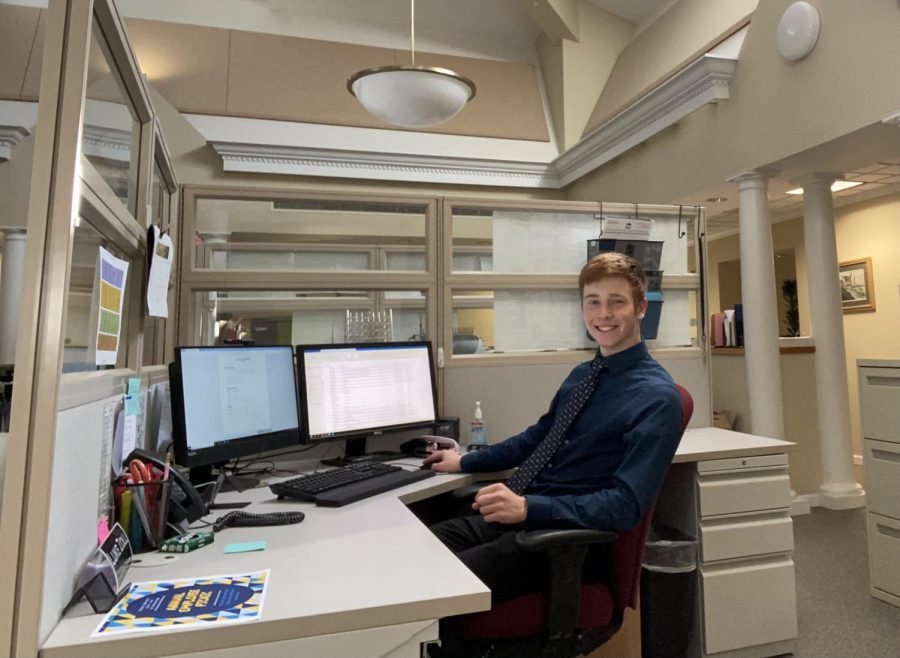 For Luke Zoll, being a student is not his full-time job.

Working for Upper Gwynedd Township, Zoll started out as a park monitor and worked his way up to his current positions.

“At first I started out as a park monitor. Afterward, they asked me if I could help out with COVID guidance at the camp,” Zoll stated. “Pretty soon after that, I became a camp supervisor, in which I’d write evaluations on the other camp counselors, just to make sure they were doing everything correctly.”

Shortly after becoming a camp counselor, a new position opened in which Zoll truly became a full-time employee.

“After that, I began to work in the office full-time with the director of Parks and Recreation year-round. I started out floating between the parks department building and permits and finance, then I started working exclusively with finance for three months with insurance claims,” Zoll explained, “About two or three weeks ago, our program coordinator left, so I now work with the Parks Department as the interim program coordinator. That means I’m in charge of all the programs and part-time staff for the season, but soon I’ll go back to being an intern”

In addition to his work at the township, Zoll became a trained firefighter and member of the medical crew at the beginning of April. These tasks aren’t always in alignment, especially with school work, but Zoll has become a professional at time management.

“At school, I’ve been involved in the auto club and chemistry club, FBLA, as well as Link Crew last year. But honestly, I don’t have time,” Zoll said. “I’ve had to create a lot of techniques since I’m cramming a full-time job into a two-hour thing after school. Communication with my boss and teachers is important, but it’s definitely been a struggle to keep up with my commitments, but keeping a calendar helps as well.”

Looking forward to some free time this summer, Zoll is taking what he has learned at his full-time position in the township with him to Penn State University, where he plans on majoring in business management.

“I definitely found an interest in business and management. I really like working with people, and I’ve learned a lot about what people’s needs are and how to get the work done. I’ve learned how to let people be open with you, so I’ve been able to cultivate my manager persona,” Zoll stated.

Whether or not someone plans on working for a township in the future, Zoll leaves North Penn with some sound advice for younger students planning to pursue any time of career.

“Work hard, be persistent, know your worth and fight for what you deserve,” Zoll concluded.