My experience as a vaccine volunteer 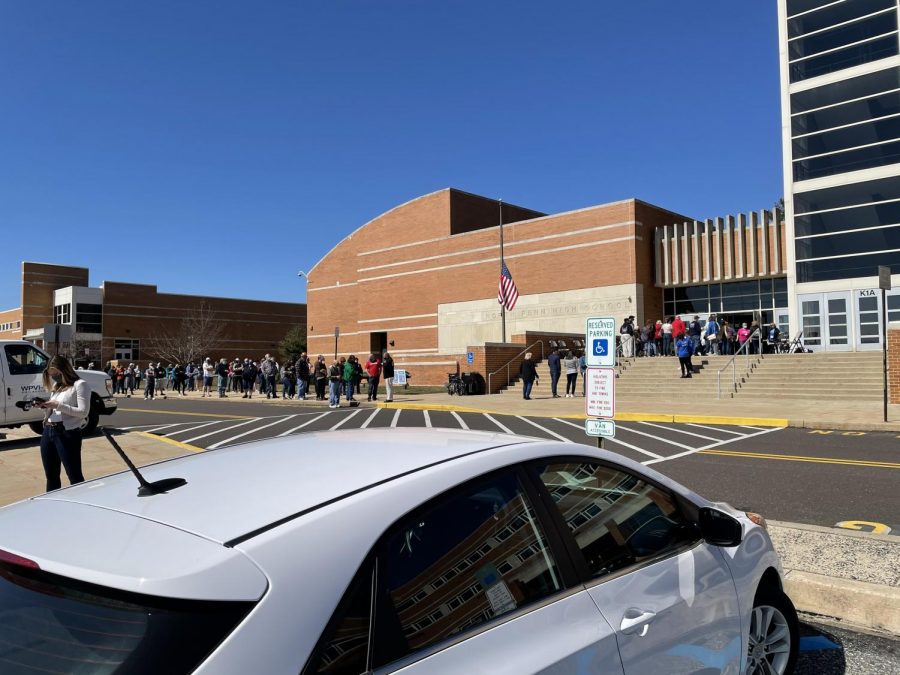 Just before entering the school, lines of people check into their vaccination appointments.

Roaming the halls of North Penn High School on a Sunday is not typically something I’d ever expect to do. I don’t even step foot in the building from Monday to Friday. Yet for two of the last three Sundays, I arrived at the school at 7:30 AM. Around me were scrambling volunteers rushing to their stations and innoculators waiting in the Navy Gym.

Not exactly an ordinary Sunday morning for North Penn.

Instead of the usual thousands of students that fill the campus, there were thousands of people waiting to be vaccinated. They stood in long lines outside the main entrance of the building, stretching around the stairs and looping all the way to just past the natatorium.

As I stepped into the building myself, a certain joy was in the air. The halls were full of bright faces, patiently waiting for the time for things to start.

When the clock struck 8:00 AM, the floodgates opened. Anyone and everyone 16 and older started entering the building, getting their screenings, then headed into a line for the vaccine. The long awaited day for many people had arrived.

At times, you’d think it was a normal school day, with loud chatter constantly in the background, so many people walking around the hallways, and just a general sense of community.

I was in the Navy Gym with all the vaccine recipients. My job was to check out the patients and put the vaccine under their government records. So after 15 minutes, the patients would come to me with their vaccination cards, and then be sent on their way once I put their information in.

For 8 hours, one might think this task becomes monotonous, but it really was the opposite. As you go on throughout the day, you aren’t doing anything particularly exciting, but the experience is so fulfilling.

Overtime, I learned so many things from so many different people. Sure, some people just want to leave and go home, but there are many others who stay for a bit and just talk. That’s what it’s really all about.

The whole goal of the COVID-19 distribution is to get to the point where we can return to a more normal way of living; something similar to life before COVID. Nothing will be the exact same, but so much of what is missed is coming back.

I think from hearing all different perspectives on getting the vaccine opened my eyes to this. Before, I thought people would be in and out without much care, but it was the opposite. As you see the cheerfulness in the eyes of the people you meet, you notice that things are changing. The long awaited change is heard in every word.

The personal fulfillment too was a big plus. Knowing that I am a part of a milestone in people’s lives is important to me. When they look back on this day sometime in the future, they might recall me helping them out. The opportunity to be a part of one of the best days of many people’s lives is one I recommend to everyone.

Reflecting back and looking toward the future, the opportunity to be in one of the best days of many people’s lives is not a chance I get often, so I plan on taking it every chance I get. The time was just as life saving as the shot.