Sophia Broadhurst back from year in Madrid 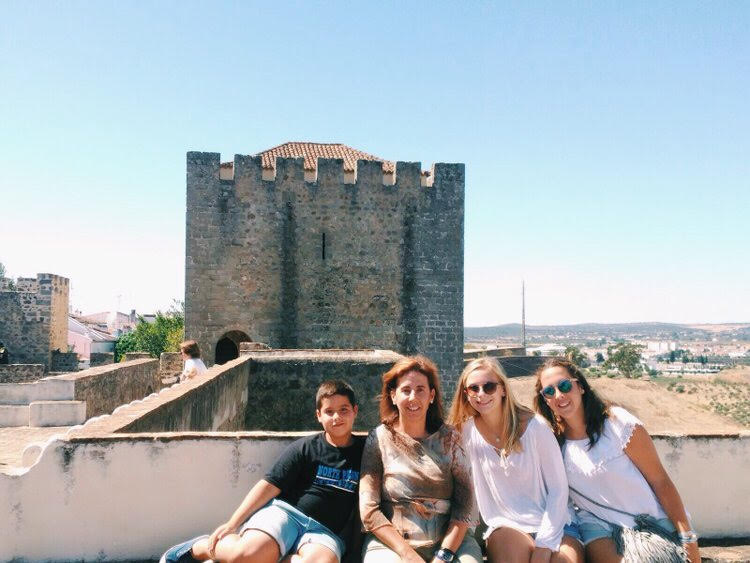 Sophia Broadhurst with her host Mom and siblings.

TOWAMENCIN- Between AP classes, standardized tests, and keeping up with extracurriculars, junior year is one of the hardest years for any high school student. This is difficult for students supported by the same school district and peers for years, let alone students who have to do it in a foreign country. With strangers who became family and a language that became second nature, Sophia Broadhurst is slowly adjusting back to North Penn to finish her senior year.

Her interest in studying abroad was not abrupt but subtle as she grew more interested over time since middle school. Previous exchange students who were neighbors and friends to Broadhurst helped her see the benefits and opportunities this experience could give her.

“Applying started out with a lengthy application with several essay questions. Then after submitting it they called back everyone who applied for an interview. After the first interview, they called back four finalists which is abnormal but it was more popular than it ever has they added a second interview. About a week after the second interview I found out I was going…The whole process took from around December to finding out in the middle of February,” explained Broadhurst.

September 7th was Broadhurst’s initial embarkment on a 10 month adventure full of accomplishments, self discovery, and fun, while being soaked in the culture.

“I lived in center Madrid but my host family also had a country house, almost on the border of Portugal, and a beach apartment on the South Coast of Spain…I love my host family and I really loved living in the city. It was super different but being able to walk everywhere and being with them was definitely my favorite part,” said Broadhurst.

Along with the drastic changes of location and people, the education system also differs from in America. Broadhurst’s school in Madrid was considered to be one of the larger ones in the area even though it only had 300 students in grades K-12. Educationally, the learning is more structured there with less electives for students to pick from.

“Every morning I would eat breakfast with my host mom and little brother, then we would walk to school together. School started around 8:45 and I would have classes until noon. We then had an hour and a half break to go home for lunch. I would eat at the grandmother’s house and she lives on the second floor of our building so we would all eat as a family because they would come home from work. At 2 o’clock I went back for two afternoon classes and I would get done at five and go to track,” reflected Broadhurst on a normal day for her in Madrid.

Being trapped behind the language barrier in the beginning was one of Broadhurst’s hardest obstacles to overcome. By Christmas time she could easily read and understand Spanish, but replying back was still a struggle in itself.

“It was really hard in the beginning because I’m a very outgoing person and I wasn’t able to express myself back. I started understanding the language before I was able to speak it fluently which was frustrating because I couldn’t respond. As time went on I was able to do that more and more and develop more relationships with people because I could show my personality,” emphasized Broadhurst.

Broadhurst finished in the top 10% of her class by the end of the year. With some rough patches in the beginning, she overcame them herself with no special treatment from the teachers or the school. Getting involved with her school was limited especially for girls sports. Broadhurst played basketball and track but didn’t let them interfere too much with her academics.

But with a very supportive and loving host family, nothing came off as impossible. Sophia was surrounded by a big family with an even bigger extended family.

“In my host family I had a little brother (11), an older brother (17), and an older sister (19), and María was here with my family. Overall they were just so helpful and the highlight of my year was definitely spending time with them. They helped me through everything and it’s great having a lot of siblings, especially older siblings. They had a huge extended family and I had tons of little cousins and I was with them probably every weekend…I don’t have a big family here so it was really nice to have one there,” said Broadhurst.

They all stay in touch through texts and even letters sent by her younger brother. Besides learning a new language and an overall abroad experience, Broadhurst also learned quite a bit about herself.

“I accomplished a lot more than I thought I was capable of. I ended the year being in the top 10% of my class academically and I thought it was going to be so hard for me to do it…the experience in general has made me a more mature person and opened my eyes to other cultures and different people…if you really put the effort in, it is going to be the most rewarding year of your life,” explained Broadhurst.