The Knight Crier • May 11, 2022 • https://www.knightcrier.org/top-stories/2022/05/11/board-advances-budget-process-aquatics-teachers-voice-their-concerns/ 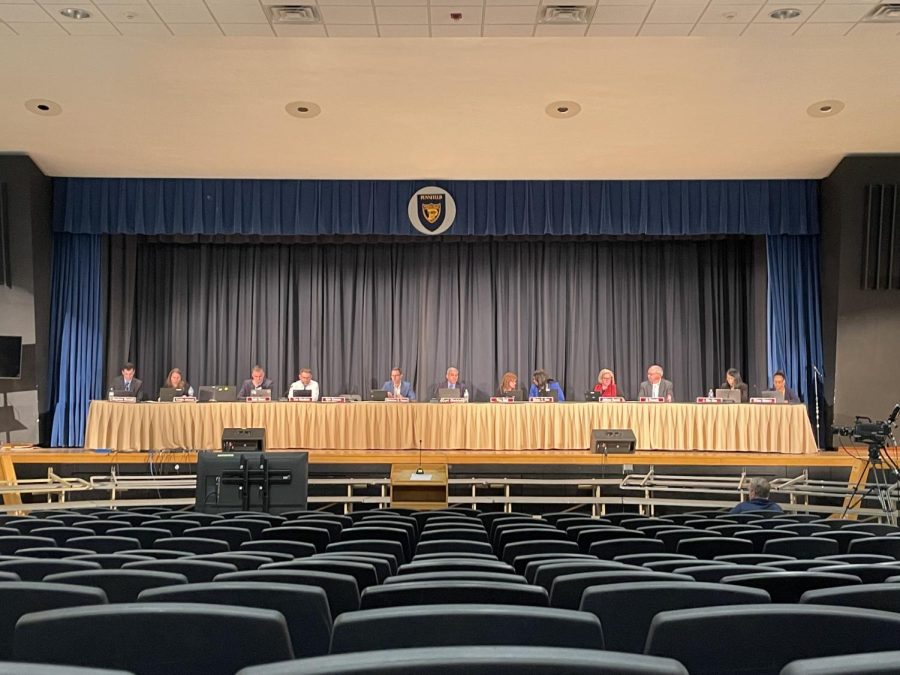 HATFIELD –  The first in-person meeting since February took place at Pennfield middle school. The board adopted their plan for next year’s budget and heard concerns with the district’s physical education program.

During the Audience of Citizens three members of the community expressed their thoughts on the changes in physical education requirements for high schoolers. As of this year, sophomores students are not required to take 10th grade aquatics. Also, students only need three physical education credits instead of the previous four. For more information on this decision from last February, read the article from Connor Niszczak here.

Reasoning for why this decision varied from almost all students knowing the basics of swimming, less classes in students schedules, money put into the swim program and mental health concerns.

One of the speakers was one of North Penn’s swim teachers, Tory Young. She spoke about the positive effects that swimming or more importantly exercise has on a student’s well being. Her points were geared towards students’ mental and physical health.

“Activity helps to reduce anxiety, depression, and suicide. [It] helps improve focus, behavior and concentration, self esteem and self confidence. [It] enhances one’s sleep and mood and alertness. All of these things are aspects of mental health. All of these are obtainable,” Young stated.

The board went on to discuss the only topic on the agenda which was the new budget. They proposed the adoption of the new budget which also contains a 3.40% tax increase in Montgomery County over the current fiscal year.

“Just a point of clarification, this is not a vote to approve the budget yet. That will not happen until June,” Mr. Fusco clarified.

The next meeting will be an action meeting next Thursday, on May 19th at 7pm at Penndale Middle School.