Feeling ‘Euphoric’ after the season 2 finale? 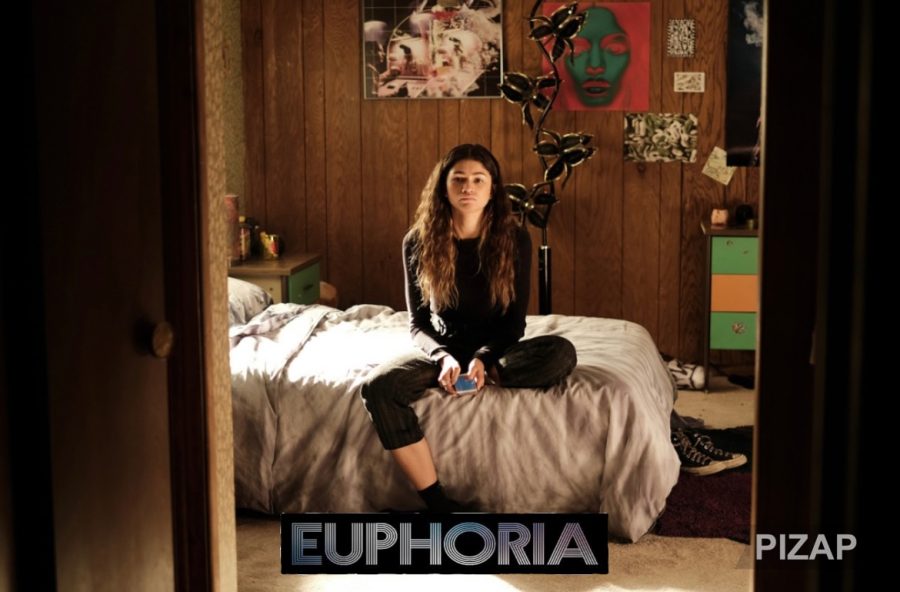 Everything you need to know about "Euphoria" after the show concluded its second season this past week.

For those who have not yet completed the Euphoria series, this article may contain some spoilers.

Drugs and alcohol, murder, domestic abuse, and various other dark topics have found their way into many of our Sunday nights for the last two months.

Euphoria has quickly become one of the nation’s most viewed shows today. It has seen success throughout the first two seasons of filming, however the season finale that aired this past Sunday, February 27 did not have the same impact on me as previous episodes.

This series, with Zendaya playing the lead, deals with various heavy topics that cause the viewer to sit back and process the depth of the plot. The producers did an exceptional job with keeping this powerful theme alive until the last two episodes of season 2. With scenes jumping back and forth, drama arising, and new stories unfolding, I believe there was too much left unanswered, and the season seemed to drop off in a disconnected fashion.

In episode 7, the entertainment factor was definitely there, but things quickly became disorganized and chaotic. Lexi Howard, played by Maude Apatow, produces a play based on her life and the lives of people around her. While it is very comical and entertaining within itself, there are other scenes throughout the episode relating to the events in the play that usually don’t provide enough context, leaving the viewer confused and off track.

This pattern carries on into episode 8, the finale. With less focus on the play, there is, unfortunately, more room for disarray on the screen, and that is exactly how the show played out. For example, the entire second season revolved around the dramatic love triangle between Maddy, Cassie, and Nate. Though tensions rise in the finale, they quickly fall not long after, and in the last scene where the girls appear together, there is an odd sense of calamity and awkwardness. Now, this would usually be a good sign of resolution within the plot, but because it is the last episode it left me more confused and feeling like I missed something.

Along with the love drama, there is a more serious problem that arises later in season 2 regarding Fezco and Ashtray’s private actions (aka murder). There is an intense buildup to the last episode, which personally had me at the edge of my seat, but then chaos ensued and I became confused once more. As the scene played on, I wasn’t clear on why Ashtray was acting how he did, which reverts back to the lack of context I mentioned earlier. The end of the scene left me with so many questions, especially about Fez’s future. I feel like more dialogue or a closing scene after the craziness would have provided me with the closure I needed, especially with such an important scene like that.

Throughout season 2, there was a lot of back and forth between Rue and Jules, and honestly, I am not one hundred percent sure where either of their emotions are rooted from. It seems that Rue is constantly angry with Jules, and Jules does some questionably shady things when she’s not with Rue. This continues through to the very end of episode 8, and though their story is interesting, the couple’s last scene together left me wondering what their status was. I feel like Jules and Rue spent too much time apart this season in the first place for the producers to not give us any information about where they may be headed. This usually wouldn’t be important, but since season 1 mainly revolved around how much they love each other, it is still a crucial part to this story.

Euphoria may be known for its special effects, vivid detail, and chaotic behavior, but in the last two episodes, I think the producers were just trying to cram too much into a short two-hour span.