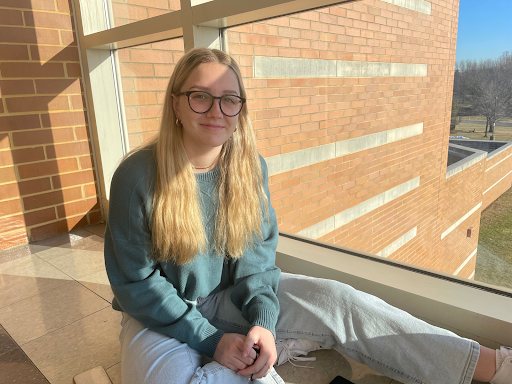 NPHS senior Jackie Braster is using lessons learned in dance to tango with her future plans.

Zoe Morawski, For The Knight Crier

When people are first acquainted with North Penn senior Jackie Braster, the first thing they’d notice is an air of discipline engulfing her. This core value stems from years of hard work as a practiced dancer.

At just 5 years old, Braster started her pursuit of dancing and from there it took off into one of her greatest passions. She practiced with an academy until the age of 13, when she realized it was too much of a strain on not only her physical, but mental well-being.

“It was a lot of pressure to be put on me at such a young age,” Braster recalled. “It was very overwhelming, and I remember getting incredibly upset over classes.”

She took a well needed break for about 2 years from ballet, and from the studio itself to focus more so on herself.

After 9th grade, Braster moved to the New Dance Workshop, where she is today, and she feels lucky to have made the move.

“I appreciate New Dance so much more because of not only my teachers, letting me be myself and focus on my mental well-being, but also because of the encouragement that I get from my fellow dancers,” explained Braster.

Through dance, Braster found her calling. She remembers that at the age of 10, she had her first moment that a dance class became a turning point in her life.

“I’d been working on my pirouette, which is like a turn in dance, for a while, and it was a day that family could come in and observe the dancers in class. My mom ended up coming in and I got my first pirouette in front of her. She cheered for me and was so excited for me, and it just stuck with me. It definitely reaffirmed that this is something that I can do (dance), and I’m good at it. The moment kind of just made me realize my passion for dance.” Braster exclaimed.

Even though it is a great love, dancing is not the only thing Braster sees in her future. As a high school senior, she is making plans for college. Suffolk University is at the top of her list.

“I toured [Suffolk University] over the summer and I really liked it. It’s a perfect area and it’s right in the city, exactly where I want to be. It’s a perfect school for me, it’s not super big, and importantly, I can dance there,” Braster explained.

Although it was not her first choice, at Suffolk, Braster plans on majoring in marketing because of her positive experience at North Penn High School. She explained the many majors that she wanted to pursue and how each of them didn’t work out to how she had planned.

“For a while I wanted to be an English major, just something to do with writing honestly.  I really enjoyed that. That was a definite possibility, but I realized there weren’t many job opportunities, along with the fact that I didn’t want to be writing as much as I knew it would take for that field,” she said.

“I saw marketing on the course selection pamphlet, so I decided I might as well take that, because it might be something I would enjoy. This year I took marketing and decided that’s what I definitely what I want to do in college,” Braster explained.

Whatever Braster chooses to pursue for the rest of her life, she will never forget the lessons ingrained into her through dance. “It’s a huge part of me, my identity, and forever will be.”