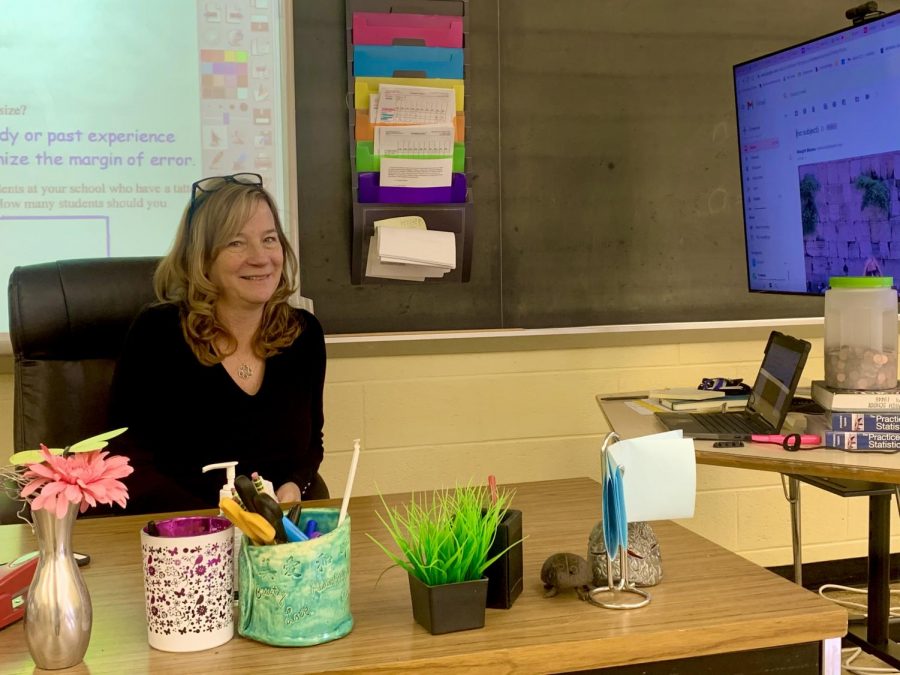 TOWAMENCIN — Yearning for a new adventure, she treats every day like her last, leaving lasting impressions on those all around her.

Constantly putting her students first, she goes above and beyond and takes that extra step to better her students by providing them with additional tutoring beyond the school hours. She has found that it is extremely beneficial to her students, especially in the midst of the pandemic.

“I feel that I have gotten to know my students pretty well despite the virtual environment, but I think the hybrid system has been working pretty well so far, and I feel as if I get my energy back when my students are in the classroom with me,” Marino said.

In addition to tutoring, Marino is the 2022 co-class advisor here at North Penn.

Growing up in Central Pennsylvania, her journey to Lansdale was far from ordinary. Marino was a swimmer in high school and had the opportunity to be a part of her school’s exchange student program, where she had lived for 7 months in Zurich, Switzerland.

“It’s nice having a second family out there and always having that connection,” Marino said.

Along with her foster family out in Switzerland, her sister lives in Serbia now, which is yet another connection she has in Europe, and another reason to keep going back.

“Going to Europe has taught me a lot about appreciating the little things and the importance of simply living a happy life,” Marino said.

Her ventures to Greece, Croatia, Serbia, and Israel have taught her the importance of savoring every moment just as the people who live out there do. She has found that they have a different mindset there,- one of peace, pleasure, and pure happiness.

“I remember one day I got up extra early to see the sunrise and I spoke to a worker that morning saying, ‘Wow, it stinks you have to get up this early to work,’ and her reply was, ‘I live on an island, how bad can it be,’ and Greeks are like that—they really just embrace every moment which made me change the way I look at life and living,” Marino said.

Aside from her travels, Marino studied Pre-med at Villanova University with hopes of going into pharmaceuticals; however, it was then when she realized that she wanted to pursue a different career involving math, which brought her first to Lansdale Catholic High School and then to North Penn in 2009.

“I can’t imagine doing anything other than teaching,” Marino said. “I love every second of it.”

Marino claims that it was a life lesson when deciding what major she ultimately wanted to pursue. Prior to teaching, she was in Navy ROTC for a year and a half, which is where she had met her husband who was a marine. Going into it, she had originally intended on being a Nuclear engineer, however, being a woman in combat back in 1986 was frowned upon, which ultimately was the reason why she switched career paths.

“Everything happens for a reason, although the Navy was an incredible experience,” Marino said.

Reminiscing on old memories from Navy ROTC, Marino had been through various helo dunker crash courses, drills, and marches. It was a once-in-a-lifetime opportunity that she will never forget.

Marino has four children who have all been through North Penn, while two of the four she has actually taught herself. Some of her colleagues are even students that she had taught in the past, making North Penn feel like a second family to the Marinos.

Marino is the type of woman who would drop everything to book a last-minute trip to Europe but would also be 100% satisfied with going to Backyard Beans for a cup of coffee in Lansdale. All of these experiences and adventures have shaped her into the woman you see today walking the halls of North Penn.