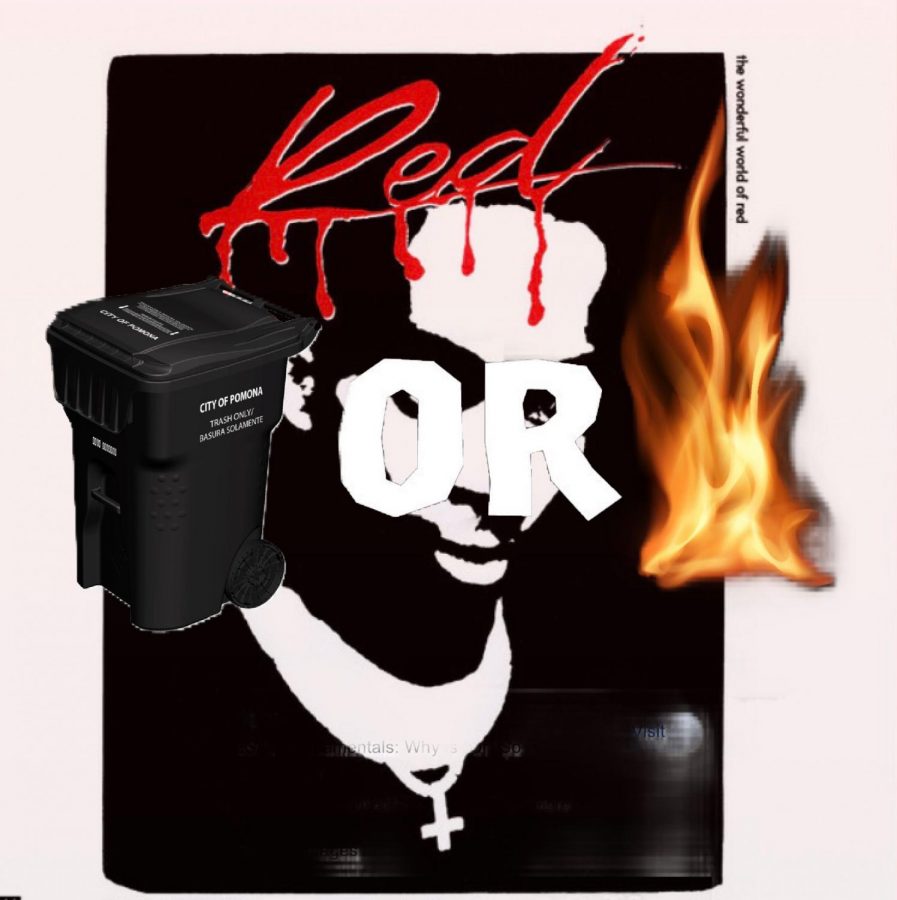 We’ve all heard of him, the famous 24-year-old American rapper Playboi Carti, with albums like Die Lit, In Abundance, and, recently, Whole Lotta Red, which was released on December 25th, 2020.

Most people have listened to Playboi Carti at some point in their life, but recently, much controversy has boiled because of Whole Lotta Red– which includes 24 songs. The last time he dropped an album was in 2018, causing a spur of excitement from his fans and even casual radio-listeners. Many people who love Carti or listen to him loved his new album, while others thought of it as a rapping disaster. Some people were in-between, including me.

There were a majority of good reviews, but also bad reviews completely bashing the album, but I’m going to give Carti some sympathy, and here’s why.

Before Carti released his album, many of the songs included in it were leaked, leading him to not be able to add them to his album, and also making things 10x more difficult as a music producer and rapper. Listeners had to wait up to two years because of this, making fans extremely angry. The leaking of his songs prior to the album’s release fueled the album’s delayed release, while also prompting Carti to make more music. According to Rolling Stone, Whole Lotta Red led a rich, if contradictory existence that suggests the album rollout isn’t expired, and the mixtape isn’t necessarily dead-snippet and leak culture has just deconstructed and overthrew those forms.

Between 2018’s Die Lit and 2020’s Whole Lotta Red, Carti developed his “baby voice” as a signature instrument. This sound made tracks of popular leaks. Baby voice Carti pops up in Whole Lotta Red, on songs like “Teen X,” “JumpOutTheHouse,” and “New N3on.”

On rateyourmusic.com, people voiced their opinions on his new tracks: “Dumbest albums I have ever heard,” “has the vibe of a Gucci Minecraft skin,” “I would say after 2 years of waiting we should’ve gotten more from Playboi Carti,” “Album is good, but nothing special.” On this website specifically, there seems to be more negative than positive reviews. But, as I said, I give Playboi Carti some sympathy for his songs being leaked and I don’t think the album is bad entirely, I just do not think it’s one of his best works of music he has ever done. Also, most of his music doesn’t have meanings, he mainly focuses on beats and sounds, which I don’t mind that much, but it seems to stick out a lot in Whole Lotta Red. If his songs didn’t get leaked, there would absolutely be more positive reviews, including mine. I’ve listened to Carti for a while. I’ve listened to all of his albums, and he isn’t even my favorite rapper.

Whole Lotta Red had already been played 126 million times in its opening week. But, it went unreviewed by the music media. Most of the 126 million streams are caused by social media’s controversy with his album. It became Playboi Carti’s first number one hit on Billboards album chart, with the equivalent of 100,000 sales in the United States. Kanye West, Kid Cudi, and Future were also featured in the album. Extra attention was brought to Whole Lotta Red when rapper, Iggy Azalea, complained on Twitter that Carti had ignored her and their young son, Onyx, on Christmas.

All in all, if you haven’t listened to the album yet, it’s on most music platforms like Spotify, Youtube, Icloud, and Apple Music, as the most popular.