Cobra Kai, a series with something for generations from the 80s to today 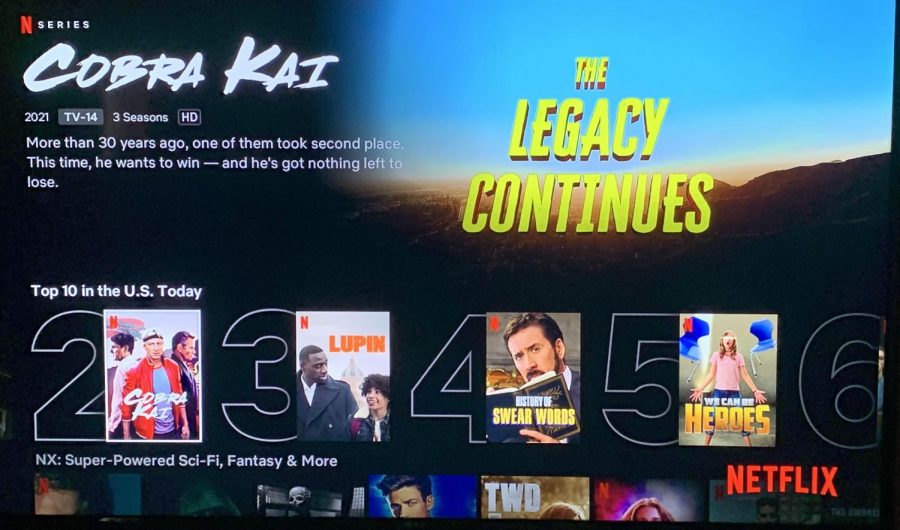 Cobra Kai appeals to many audiences - those who grew up with the original Karate Kid, and those who relate to the new generation of stars in the series.

Strike First! Strike Hard! No Mercy! If you have parents who grew up in the 80s like I do, then you are probably familiar with that saying from the Karate Kid series. It is the motto of the Cobra Kai, one of the main dojos in the original movies.

Originally, Cobra Kai was brought to us by Youtube’s premium streaming service. Now, Netflix owns the rights to produce the Cobra Kai series, making it a Netflix Original series.

Cobra Kai takes place roughly 34 years after the All Valley Under-18 Karate Tournament from the original Karate Kid movie.

The series starts out by introducing Johnny, the former rich kid, All Valley champ from the Valley, who’s now down & out and living in Reseda. One night, Johnny helps out a young man getting bullied outside of a convenience store. This encourages him to bring back Cobra Kai.

We also get to meet Daniel, the former All Valley champ from Reseda, who is now living large in the Valley as the successful owner of a car dealership. Just like in physics, where every action has an opposite and equal reaction, Daniel brings back Miyagi-Do Karate in response to Johnny reopening Cobra Kai.

During the first season of Cobra Kai, we also get to meet a new cast of teenage characters, Sam, Miguel, “Hawk,” Robby and Demetri, who will play a large role in the ongoing rivalry between the Cobra Kai and Miyagi-Do Karate.

Cobra Kai does a great job of creating a new story, focusing on the new teenage characters, while also continuing the story from the original Karate Kid Movies. In fact, there are a lot of flashbacks throughout the series and maybe even a few surprise guest appearances from some of the cast from the original movies.

Season three of Cobra Kai, which was just released on January 1, 2021, is currently the number two program on the “Top Ten in the U.S Today” on Netflix. Here’s the good news, if you haven’t watched seasons one and two, both are available to stream on Netflix along with season three. Even better news, season four has already been given the green light and production should be starting soon.

So if you’re looking for something to watch on a weekend or maybe one day, because it’s that good, Cobra Kai is the perfect pick.