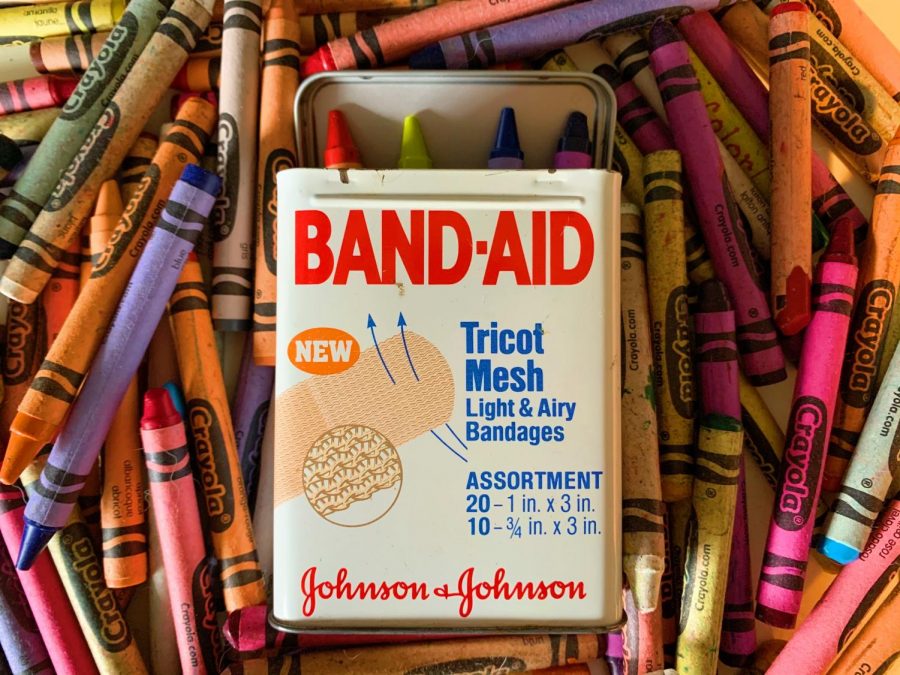 Brands like Band-Aid and Crayola are now making steps towards change by offering a wide range of skin tone options for their products.

With 2020 being a year filled with momentous changes for the fight for equality, it’s no surprise that some iconic childhood staples took action.

Right in Easton, Pennsylvania, our very own Crayola Factory added some new wax-wrapped tools to their selection. After years of criticism for their lack of representation regarding skin-tone crayons, Crayola released their first pack of diversity-inclusive shades. The newly-released “Colors of the World” represents 40 different skin tones, with both 24 or 36 packs. They make a great addition to both classroom supplies, as well as personal use, in order for children to create realistic and detailed drawings. With the colors ranging from “very light rose,” to “deepest almond,” the company strived for the depiction of all skin colors.  Crayola teamed up with the cosmetic line, MOB Beauty, in order to create the shade range.

“I have spent my life trying to create truly global shade palettes because I know what it’s like to be with a person who has finally found their exact match,” Victor Casale, CEO of MOB Beauty, said in a statement. “Growing up, I remember mixing the pink and dark brown crayons to try and make my shade, so I was thrilled when Crayola asked for my help to create the Colors of the World crayons.”

Band-Aid brand, a crucial company in every medicine cabinet, has been an organization in desperate need of change. Although other medical brands have been providing diverse skin-toned bandages, it’s never been seriously publicized due to Band-Aid’s domination in the field. The company has previously received criticism for its lack of representation since the product was first created in 1921, and has only sold the pink “flesh” color for nearly a century.

“We stand in solidarity with our Black colleagues, collaborators, and community in the fight against racism, violence, and injustice. We are committed to taking actions to create tangible change for the Black community,” wrote Johnson and Johnson, the owned bandage company.

The brand known for healing all cuts and scrapes has joined in on the positive change. In June, Band-Aid announced it’s release of racially-inclusive bandages.

“We are committed to launching a range of bandages in light, medium, and deep shades of Brown and Black skin tones that embrace the beauty of diverse skin,” Band-Aid’s Instagram post announced. “We are dedicated to healing solutions, better representing you.”

Both companies have not only acknowledged the racial injustice but took action to support the cause. With the fight for equality still forging on, it’s inspiring to see businesses who are popular within the media, let alone the younger generation, support the movement. Going into 2021, we hope organizations similar to Crayola and Band-Aid brand will follow suit.