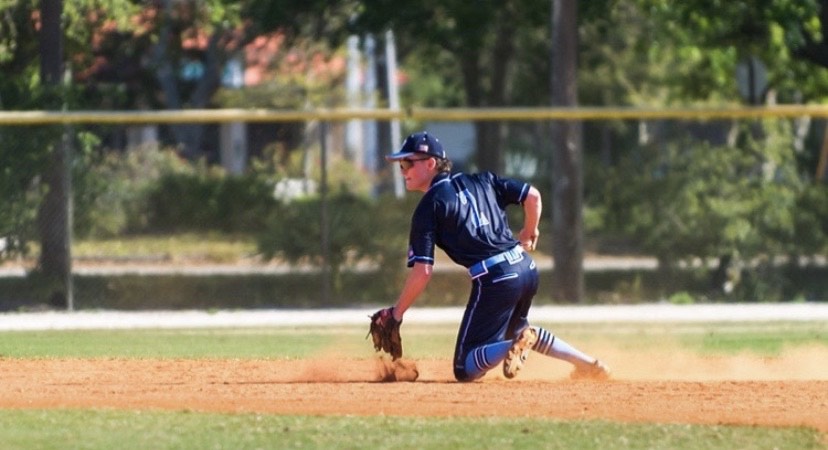 What college are you attending next year?

What is your major?

How did you decide on your major?

My life has always revolved around sports and I have always aspired to not only have the best view of the biggest games in any sport, but also get to play some kind of role in that big game as well. From getting to call touchdowns, dunks, goals and incredible saves, I have loved being behind the camera and editing highlight reels and packages just as much as when I would get to be in front of the camera sharing incredible stories on incredible people from all lengths of our community. I want to share these incredible stories on an even bigger level in my future, and whether that be sports, or news updates, communication studies is my major to take my passion to the big screen.

What is the job you hope to have after college?

I aspire to be a sports broadcaster and sports analyst for any sport and any city’s team I can find a home at following college.

What were you involved with throughout high school?

At North Penn I was shortstop for the baseball team, on-air talent, sports broadcaster and media producer for North Penn Television, content editor and sports reporter for the Knight Crier, senate member for Student Government, and a Link Crew member for Link Crew my junior year.

What would you like to say to all the clubs and activities you have been involved in?

It’s hard to put into words or a sentence just how much clubs like North Penn Television and the Knight Crier have truly impacted my life. Like anything you do, the more you put into it, the more you get out of it, and nothing is more true when using that phrase to describe these clubs because as a sophomore, I was a kid who loved talking about sports and was a fairly good public speaker in front of an audience, and now can make a career out of it. The connections and relationships I have made along the way with coaches, players and entire teams is second to none to the accomplishment and awards I have won for work I have created in both clubs as well. Through Student Government and Link Crew, I was given another opportunity to work on public speaking and leading not just a room to do an action, but lead a conversation such as a host may do on a sports show. And to baseball, still speechless for the way our season was canceled due to Covid-19, but in the words I can put forward it’s many thanks to the coaches and my teammates who have driven my not just as an athlete grinding out another rep in the weight room, or another swing in the cage at practice, but for creating an environment which was nothing but a bunch of guys all in and all set on one dream: that dream being to come together and celebrate a state championship, together, at Penn State.

What would you like to say to NPHS and NPSD now that we will no longer be returning to finish the year?

An environment that was always welcome and just as passionate about student success and work just as much as us putting in the work to achieve greatness, thank you for the immense amount of opportunities you have offered me to truly not just pick out the career, but the person I want to be.

What piece of advice would you give to underclassmen?

For everyday students and club members, be involved in as much as you can because nothing can beat the relationships you may build with another teacher or advisor who may not only bring you success, but flourish in the long run. Mr. Gillmer, Mr. Berger, Mr. Manero and Mrs. Faikish are true representations of that for me and I can’t thank them enough for it. For the athletes, take every rep, every practice, every early morning rise, every workout, every game and every hilarious team moment as if it’s your last because it’s never more evident then how it played out this year, you never know when a moment on the field with your brothers and your team will be your last.