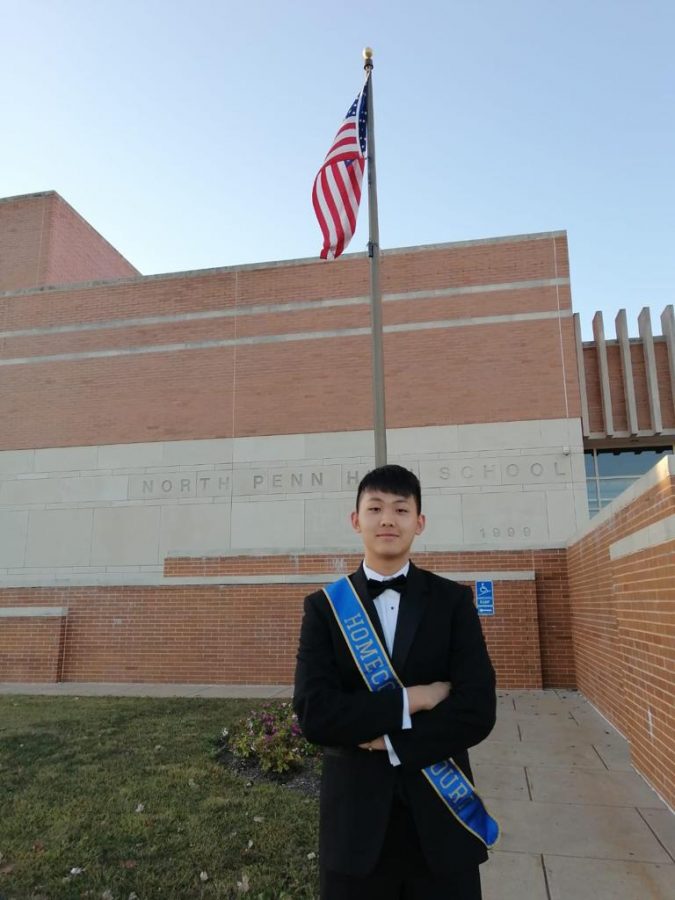 Peter Ng will be attending Northeastern University for Electrical Engineering this fall.

“This fall, I’m going to Northeastern University for Electrical Engineering and in the Honors Program.”

“My favorite memory had to be seeing Mlle. Gumbert at one of the Japanese Club meetings. During my presentation, I kinda spotted her from the corner of my eye and I could not believe it. Pushing through crowds of club members (what felt like thousands), I finally tracked her down and we talked about some things that I probably shouldn’t say here. But good thing me and Jeremy Pak took a picture with her so that we could convince Sam Song that it actually happened. Rough picture (I couldn’t hold back my excitement), but good memory!”

“If I had to pick my top three classes, I would have to say Biology with Bri guy, Lang and Comp with Lev, and Physics C with DCW (who’s DCW?). Mr. Brian is passionate about teaching and he taught me a lot of things about both Biology and life. Lang and Comp had the most fun and interesting people (like three people named Tony), and some quotes Jeremy Pak wrote on the board were simply classic. I can say all the same about DCW and the class, and plus I really liked learning Physics.”

“Even though her class isn’t on my top three list, my favorite teacher has to be Sensei Coyle. I had her for 4 years (Jap 1 to AP Jap), and she was my club advisor as well. I really got to know her for 4 years by doing a lot of things together (events, field trips, and club meetings), and even though she assigns ten times more than any other teacher (that’s why not top three), she is a really genuine and nice person. Even though a lot of people say she’s really fierce and intense, I never really got that side of her so I would never know (maybe because I’m her favorite student?!).”

Advice to the incoming sophomores:

“Real talk, start thinking about and planning for your future. I know a lot of people tell you that it’s too early or a lot of people go to college undecided, but it’s really not too early. You might be thinking you don’t know where to start, but two to three years later it’s going to be the same and you will be forced to start somewhere. Make your course selection, extracurriculars, and college application focused on your career. It’s always better to have a direction than none at all, even if it might not end up being the one you stick with.”