For 22 years, NPHS has been Young at heart 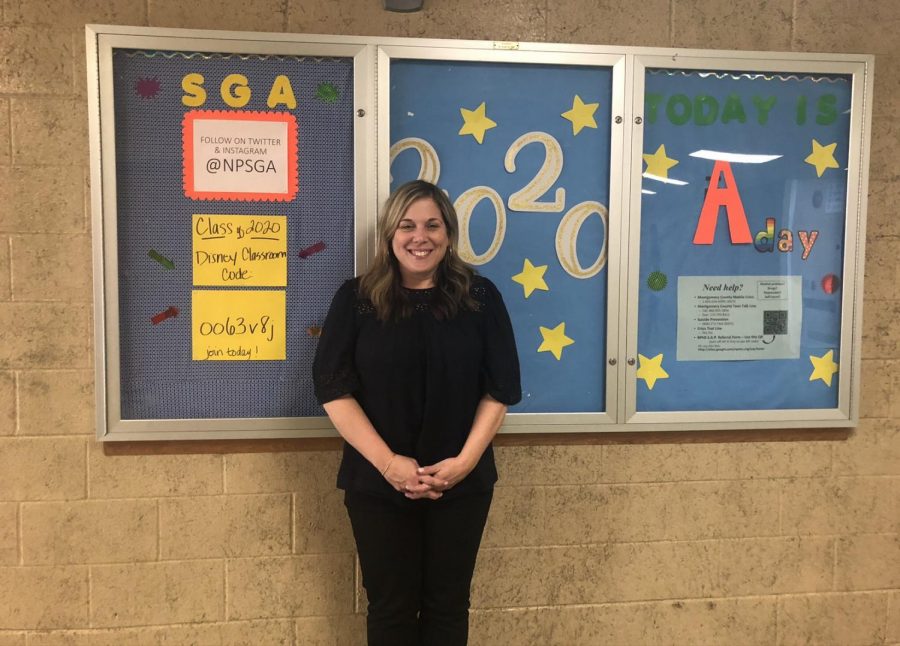 Ms. Amy Young has had the opportunity of working with every type of student for roughly 20 years. Her passion for working at the high school is like no other.

TOWAMENCIN — It takes great patience and courage to work alongside students with learning disabilities, but that didn’t stop Ms. Amy Young from doing what she does best as well as undertaking a plethora of other endeavors at North Penn High School. She started at the high school in 1998 and was a part of learning support and primarily a part of the English curriculum.

“It was great,” exclaimed Young. “A lot of those teachers are still here; a lot have retired. The school has definitely changed in different ways, but I loved it.”

Now she is a class advisor for the senior class. Young reflected on how she started and her initial difficulties with juggling work and school.

“When I had first started teaching, I was really young and I was going to grad school to get some [extra] classes, so I wasn’t able to be involved in school as much as I wanted to. Then when I was done taking my grad classes, I decided to get involved in something. An advisor position came up with the class of 2004, so that was my first year advising,” Young said.

Young continued on how advising differs from being an English teacher.

“For me, advising is a creative way to be involved in the building. You see a different side of kids because it’s extracurricular; there’s proms, dances and events. I love teaching, but this is a different method of teaching. [Advising] teaches interpersonal and leadership skills, working with communities, and parents. It’s fun and it makes your day interesting,” Young said.

Handling being a regular school teacher with being a class advisor can be overwhelming. This can be considered working two jobs in one day. Even though a person in Young’s position can benefit from seeing the academic and extracurricular lives of many students, it’s still a lot to manage with transitioning from class to class.

“I’ve always said that sophomore year is probably the easiest year. We get to know the kids and just let them see how the high school works. We don’t have too many big events [for them]. Junior year gets more difficult hosting two big dances. Then senior year is probably the most fun year with seniors being excited about graduation. It can get overwhelming and there’s a lot of pressure. Seniors only have one senior year so as an advisor, I make sure that it’s perfect as it can be for them,” said Young.

The year that she said that stood out the most to her was 2007. According to Young, there was a “very unique” group of students. She calls it a “unicorn year” in advising as everyone seemed to behave well, attendance at events was extremely high, sporting events were packed. It seemed like every student wanted to be involved with every opportunity given to them at North Penn.

Ms. Young’s tenure has been so long that she has taught through 5 North Penn High School principals: Dr. Cotter, Mr. Frederick, Mr. Hynes, Dr. Bauer, and Mr. Nicholson. She locked back on how her occupation developed through transitions of leadership.

“When Dr. Cotter was here, I was just starting out and was still figuring out what I was doing. The longest run I’ve had with a principal would be Mr. Hynes and we worked really closely together; just like working with any coworker, you get to learn how things work [with] management and leadership styles. Any change, I always feel, is good. It’s good to evolve and work with different people and learn from different people,” explained Young.

Being a class advisor isn’t the only extracurricular activity that Ms. Young holds. She is also a co-advisor with Mr. Berger for North Penn’s Student Government Association. Young dove into her experiences with student leadership in the high school.

“We try to let the kids see that there’s a process for any kind of change to happen. You can’t just say you want something to change or an event to change without a process whether that be starting a petition, writing up a proposal, getting the appropriate people to approve everything. Our goal is to let kids see that change is possible,” said Young.

As part of North Penn’s SGA program, the students are taken to numerous conferences and the Pennsylvania Association of Student Councils in which students that are members all across the State convene at a select high school and present workshops and learn ideas from other presidents and vice presidents. To distinguish between the two, SGA mimics government leadership skills while Class Cabinet only deals with planning events to a certain grade level. According to Young, the purpose of SGA is to give students roles of leadership to prepare the collegiate and professional platforms.

If that wasn’t enough, Ms. Young is a special education teacher and in recent years has been working with inclusion.

“I like working with all different types of learners and students. Just because academics may not be your strength, it doesn’t mean that you don’t excel in other areas, deserve to be recognized, and given the same chances as everybody else in order to [succeed]. When it comes to working with students with varying learning abilities, it’s very rewarding; it’s very challenging at some points, but I’ve learned over twenty years of teaching that the greatest kids I’ve ever worked with are the kids in the classroom. They learn resiliency skills and have gone on to being very successful,” said Young.