This isn’t just some PG-13 anti-drug PSA, this is reality 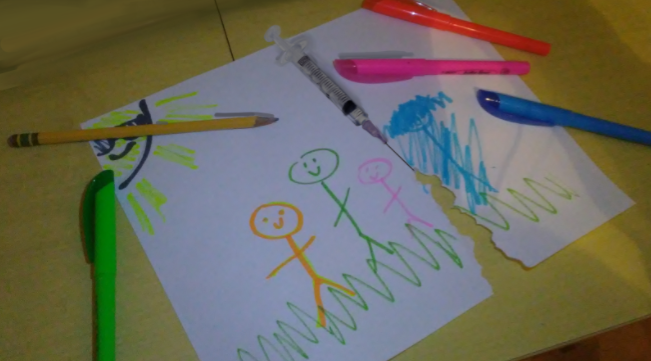 Drug abuse is an epidemic that impacts people worldwide.

We hear it every day, through our peers or stories on the news. Opioid crisis this, opioid crisis that. One person or another overdoses – found dead in their bathroom this morning. We may think of this as being some overblown concept, or one that doesn’t really touch us. Every once and a while we think of it, but it vanishes once another less heavy topic comes up.

The issue affects those around us more than we think though, the thought of drugs and substance abuse covering nearly every second of their day. It haunts them, but passersby and classmates would never be able to guess.

According to the CDC, in 2017, more than 70,000 Americans overdosed on some kind of illicit drug. From 1999 to 2017, 702,000 people died from a drug overdose, making it a leading cause of injury-related deaths in the United States. And those people are just the ones who’ve overdosed- the numbers of people who are actually on an illicit drug are much higher.

A North Penn sophomore was willing to share their story with me, on the promise that they would remain anonymous.

“He started doing drugs around the same time I was born, so I’ve always known him to be like this,” They say about their older brother, who they were very close with. They spoke about how being around their brother growing up affected their lives. “Since I could remember, I’ve known about drugs and what they can do to people – I’ve seen it firsthand through him.”

“He was living with us for a while after he’d gotten out of rehab maybe five, six years ago, and I remember he had to have a walker with him. We had to help him open soda cans because his hands were so messed up, he could barely move one.” They explain. This reaction is not uncommon, and can be seen in many drug addicts and recovering drug addicts. Overdoses cause permanent brain injury, resulting in an impairment of movement, balance, and coordination- as the sophomore’s brother was experiencing. They can also cause hearing or vision problems, communication problems, and a worsening concentration and memory. In the very worst case, overdose can leave someone in a completely vegetative state.

It may be fun to try those things out, get high and run around, maybe party or just vibe out. Or it might make you look cooler. How cool is it to be completely unable to move? To be completely unaware of what’s happening around you?

“I looked up to him, he was my big brother so naturally I wanted to be just like him. After he did what he did and I understood what was happening, I didn’t even know who I was anymore, I was scared that I was going to go down that path too because he was my role model,” This situation is recurring everyday. How many celebrities have overdosed in the past year? How many times have you logged on to Instagram and seen posts about celebrities found dead because of drug overdoses? Approximately 130 Americans die every day from opioid overdoses, how many of those Americans were the voice of our favorite cartoon character? How many of them were in our childhood movies, sang our favorite songs?

To put it into perspective – think of someone you look up to in your family. Your older sister who always seems to know what she’s doing? Or your father or mother who work harder than anyone else you know? Or even your younger siblings who get on your nerves but you’d fight anyone who tries to hurt them? What if you found out that they were doing drugs? What if you found them on the verge of overdosing, their eyes glassy and staring forward, not talking like they normally would. Imagine sitting in class and watching the clock tick by, or going to a family reunion and not being able to look at them because you were terrified of the person you’d see – terrified of who they’d become.

Imagine being afraid of the person you looked up to the most.

“We were really close, and I spent a lot of time with him just being siblings and having fun. It really sucks to watch someone you love go down that path and be too young to really know how far that path goes,” This is, sadly, the life that many young victims of substance abuse follow. The sophomore explained what they thought on the problem surrounding the school environment.

“You hear stories about other students doing this kind of stuff and I, like, just stare. I want to ask them what the hell they think they’re doing because they don’t know how far it really goes, they don’t know how much this messes you up,” They then went on to explain how they watched students get high or brag about what kind of drugs they’d done over the weekend, seeing their peers in the shadow of their older brother. “People say they know what they’re doing and they know what they’re putting into their body but they don’t know anything. They have no idea where they could be taking their lives and their family’s lives. They have no idea.”

“This isn’t just some PG-13 anti-drug PSA, this is reality. I know I’m not the only one that has to deal with the fear of waking up and now knowing what a close friend or relative is doing. I don’t want anyone else to be afraid when they hear the phone ring in class because they know that one of those phone calls is going to carry the news of a relative’s overdose. Nobody should have to live with that.”