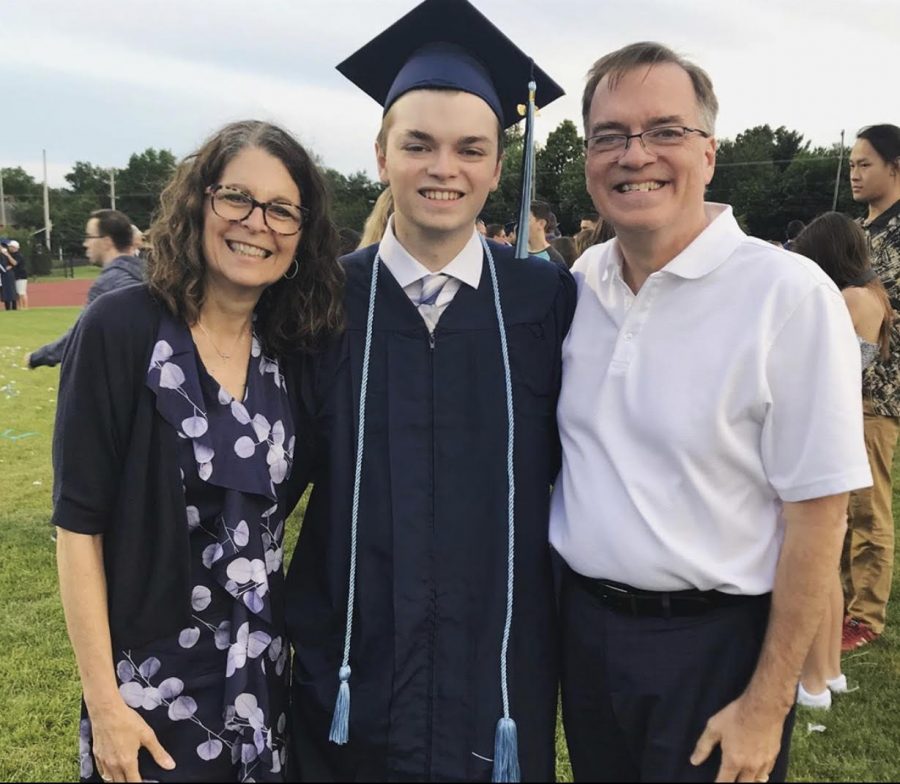 James Murphy, a freshman at the University of North Texas, has spent his first three months of college in advanced music classes, as well as at marching band rehearsal three times a week. He is also very involved in his campus ministry, attending events every week. He hopes to become a high school or college music teacher after graduating in 2023.

James grew up in a household heavily focused on music, so it is no surprise that he adopted the same love his parents have for all types of music. Thanks to the guidance and musical passion his parents demonstrated as he grew up, James found his own passion and love for music. He has followed in his family’s footsteps, spending thousands of hours practicing and playing music in high school and now into the next stage of his life.

For him, music is not just a hobby: he has made it his life. While at North Penn, along with Men’s Choir and Chamber singers, he was involved in Wind Ensemble and Navy Jazz band playing saxophone. He continues this fiery passion for music at the University of North Texas.

What is your favorite part of college?

“My favorite part about college is that I get to be independent.  Also, I am busy enough to keep myself occupied, but my classes are easy enough for me to not be as stressed as when I was in high school.”

“Not a lot, I guess I miss some of the people and the music program. Actually, I do miss being in a choir.”

Any advice for current high schoolers?

“As annoying and stressful as AP classes are, the credit you get from them is actually really useful and can open up doors like graduating early or flexibility in your major. Try to get college credit in high school through AP classes or dual enrollment. I really wish I had done dual enrollment.”