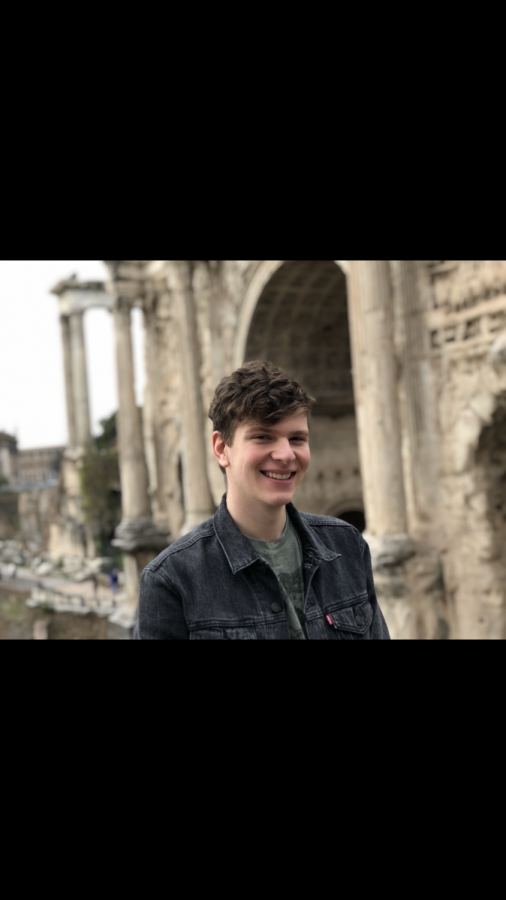 TOWAMENCIN –  “I would love to visit every country on the planet if I could get there.”

That is the dream of North Penn senior Jonathan Gerweck, who has a boundless passion for travel and world languages. Looking at the world through the perspectives of different cultures drives Gerweck’s passion.

Gerweck’s love for international cultures sprouted from his German classes in middle school. He later had the opportunity to host a German exchange student and travel to Germany through a North Penn affiliated trip in 2017.

“I hosted an exchange student from South Germany and it was one of the best experiences of my life. It made me realize how unique it is to talk with people outside of my normal circle of people,” explained Gerweck.

Gerweck considers his experience hosting a German exchange student as a catalyst, leading to his fascination with international cultures. He seized the opportunity to host another German exchange student in the fall and plans on traveling to Germany again in college. Gerweck does not just limit himself to only German; he is also studying Spanish and Italian on the side.

“I watch Youtube videos in Spanish to try to understand native speakers. I have a friend from Argentina that I speak to almost everyday, and we speak in English and Spanish,” said Gerweck.

Thanks to his former job at Walmart, Gerweck has a free Rosetta Stone program to help him learn other languages. Gerweck also visited Austria and Italy in February, which inspired him to pick up one more challenge and learn Italian. Both Spanish and Italian classes will be on Gerweck’s schedule as he begins studying at Pace University in the fall as a Communications Studies major. His major offers careers in different areas such as writing, public relations, and social media.

“I didn’t want to look past my passion for languages, and I didn’t want to just only major in languages because I think that would just put me in a corner where I could only be a translator. I am also planning to double major in Modern Languages and Cultures,” added Gerweck.

The study abroad opportunities given to Gerweck as part of the Pace University honors college ultimately made Pace University the top choice for him. New York City is a melting pot of cultures, feeding his passion for international languages and travel.

“I already have it mapped out. A definite would be Stuttgart. [Pace University] has a couple different opportunities in Germany, but because of its geographical location and because of it being the Media University of Stuttgart, which is in the realm of communications, I would probably go there,” explained Gerweck regarding his future study abroad plans.

Stuttgart is also close to his host family that he stayed with during his German trip in 2017. The deep connections he made with hosting German exchange students will remain with him years beyond high school.

“I was stuck between Italy and Spain because I’m going to be learning those languages. I probably see myself going to Spain in some other years of my college experience, and if not that, probably Greece because I want to connect more with my dad’s side,” added Gerweck.

Gerweck is currently trying to earn his Greek dual citizenship. His dad was adopted from Athens, Greece as an infant, and Gerweck aims to connect the pieces of his heritage together. The process is complicated because much of his dad’s past is unclear prior to the adoption.

“I had to submit something called a FOIA request, which is the Freedom of Information Act, and I had to contact the UCIS and be put on a six month waiting list to get all this information regarding my dad’s adoption,” described Gerweck.

After this long and grueling process, Gerweck finally obtained the last name of his dad’s biological parents, which is a required piece of information in order to gain Greek citizenship. Gerweck was prepared to flip through the Library of Congress records to avoid long process, but ultimately had to submit a request through the government.

“Probably the languages sparked this. Once I hit the languages in 7th and 8th grade, I realized how much of a potential this is and how it sparked something in me,” said Gerweck regarding his unexpected interest about his Greek background. “I realize that it is just really cool to just think about how there’s all these people out there that are in some ways just like me, but in other ways different than me, and I just want to see it all,” he remarked.

Hopefully Gerweck will be receiving his Greek citizenship in the near future. Building connections with people throughout the world will always be part of Gerweck’s life. His experiences now are only the beginning.