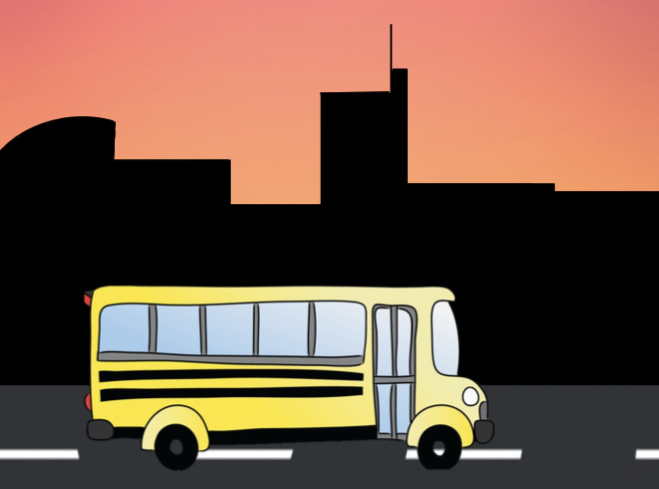 TOWAMENCIN – The Partridge Family aren’t the only ones staying together.

The North Penn School District is composed of 13 elementary schools, 3 middle schools, and one gigantic high school. Because of all of these buildings, buses are needed to take the students to and from the schools. Between all of the faculty involved in transporting students, there are around 16 family pairings, including husbands and wives, mothers and sons, sisters and brothers, in laws, and more.

Marissa and Kathy are sisters-in-law who are also both bus drivers for North Penn; Marissa’s mother is an aide for NP Transportation, too.

“The best part of my day is interacting with the students and getting to know them,” explained Marissa Alexander.

The in laws start at the same time every morning before they start their daily route. If you see Marissa’s bus number 8, you are sure to find Kathy’s very close by. But the two don’t get to run into each other throughout the day.

“I think so many family members work together is because it’s a great part-time job. A lot of people are already retired from a previous job and with the break in the middle of the day, they can do other things,” explained Alexander.

William and Michael Gottshall are brothers who have been working as North Penn bus drivers for about a decade. William’s route on bus 19 consists of NPHS, Pennbrook, and Montgomery Elementary.

Before the brothers started here, they both had very different jobs. William was a substitute teacher at Souderton High School before he was a music and social studies teacher at North Penn High School. Michael worked in pharmaceuticals and retired early, but was not ready to dramatically cut his hours. With working only during the school year, he now has even more time to spend at his lake house.

“My favorite part of the job is that I have the chance to make each student’s day begin with a smile and a friendly word. There is so much anger and division in the world; it’s good that I can change that, if only in a very small way. It’s especially gratifying to help kindergarteners feel more secure and less afraid about starting school, which is often the first time they are venturing out into the world on their own,” said William Gottshall.

Because they are on different schedules throughout the day, there is not much time to see each other, though they meet occasionally at the main garage.

“I don’t always get to see my brother every day, but most days we cross paths. I hear him every day, though, on the bus radio!” explained William Gottshall.

These families, along with many others, have a strong bond through the North Penn School District.

“I think so many families work here together because school is an environment which binds people together, just as families do. The vast majority of NPSD bus drivers were once NPSD students; I attended [kindergarten], 1st & 2nd grades in this district, before my family moved to Souderton. I think we all want to continue that connection we once had with our school and to give back to the community which taught us so much,” finished William Gottshall.