Movies to look out for 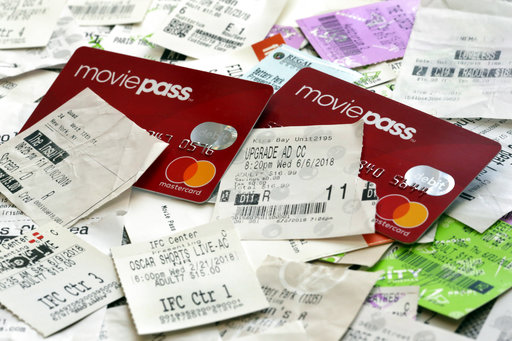 As the school year is slowly coming to a close, it is time to start thinking about how to spend all of the free time you will have. Yes, you could stay home and sleep in. But better yet, why not emerge yourself into the world of entertainment. This year is the year to do so, as numerous movies are being released within the next couple of months, ranging in multiple categories, so there will be something for everyone.

Here is a list, in chronological order, of title releases to look out for within the next couple of months:

1. Dumbo (March 29, 2019) – Being first introduced in 1941, this big-eared elephant is ready to re-enter the homes of happy families. This time, the owner of a struggling circus enlists a man and his two children to care for a newborn elephant that can fly. Will things turn out better for Dumbo? We will have to wait and see.

2. Shazam! (April 5, 2019) – Attention DC Comics fans, Shazam! is ready to be unleashed. Billy Batson will play as the streetwise 14-year-old who can magically transform into the adult superhero Shazam simply by shouting out one word. His newfound powers soon get put to the test when he squares off against the evil Dr. Thaddeus Sivana.

3. Avengers: Endgame (April 26, 2019) – Is DC not your thing? Well, hopefully you have kept up with the Marvel storyline, because the next Avengers movie is almost a month away. Adrift in space with no food or water, Tony Stark has to send a message to Pepper Potts, as his oxygen supply starts to dwindle. Meanwhile, the remaining Avengers — Thor, Black Widow, Captain America and Bruce Banner — must figure out a way to bring back their vanquished allies for an epic showdown with Thanos — the evil demigod who decimated the planet and the universe.

4. POKÉMON Detective Pikachu (May 10, 2019) – Pikachu has been a beloved character for year after year, and he is now ready to get to the bottom of things. A young man joins forces with Detective Pikachu to unravel the mystery behind his father’s disappearance. Chasing clues through the streets of Ryme City, the dynamic duo soon discover a devious plot that poses a threat to the Pokémon universe.

5. Aladdin (May 24, 2019) – Everyone knows the story of the boy with the magic lamp. Now, it is time to relive this childhood film with the use of real actors, such as Will Smith. Will you make the films wish come true and see Aladdin in theaters?

6. Toy Story 4 (June 21, 2019) – To infinity and beyond! That’s right, once again, Woody and the gang are back to take you through yet another journey through the eyes of a toy. This time, will the usual group be alone, or will a new face join them?

7. Spider-Man: Far From Home (July 5, 2019) – What will happen when Peter Parker’s relaxing European vacation takes an unexpected turn when Nick Fury suddenly shows up in his hotel room? Will he find himself donning the Spider-Man suit to help Fury stop the evil Mysterio, or will things take a turn for the worst?

8. The Lion King (July 19, 2019) – From Disney Live Action, director Jon Favreau’s all-new “The Lion King” journeys to the African savanna where a future king is born. Simba idolizes his father, King Mufasa, and takes to heart his own royal destiny. But not everyone in the kingdom celebrates the new cub’s arrival. Scar, Mufasa’s brother—and former heir to the throne—has plans of his own. The battle for Pride Rock is ravaged with betrayal, tragedy and drama, ultimately resulting in Simba’s exile. With help from a curious pair of newfound friends, Simba will have to figure out how to grow up and take back what is rightfully his.