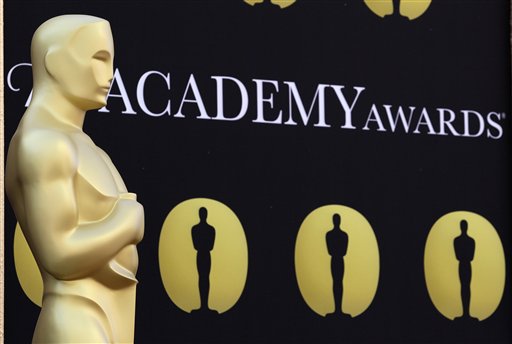 An Oscar statue stands on the red carpet outside the Kodak Theatre as preparations continue for the 82nd Academy Awards in Los Angeles, Calif., on Friday, March 5, 2010. The Academy Awards will be held on Sunday. (AP Photo/Amy Sancetta)

The Academy Awards aired this Sunday, honoring stars from around the world in a celebration of the best in film. Among the attendees were Rami Malek from Bohemian Rhapsody, Bradley Cooper from A Star is Born, and Spike Lee from BlacKkKlansman.

Although the night was jam-packed with stellar moments, the highlight of the night was Lady Gaga and Bradley Cooper’s performance of “Shallow”. They both starred in “A Star is Born” last year, Cooper doubling up as the director and Gaga as a frequent contributor to the songwriting. Providing an electric performance, the duo brought the song the incredible live performance it deserved.

It was also an important night regarding diversity – the winner’s pool was more diverse than ever before. A majority of the nominations for best picture were ethnically diverse in both the cast and the crew.

In regards to fashion, it appeared that the color of the night was a hot pink. Velvet suits and sparkly dresses adorned the carpet, with mostly slicked-back hair and a large array of sparkly jewelry. Jennifer Lopez’s dress was one of the more popular ones of the night, followed by Gaga’s classic black fit. However, the most prominent aspect of Gaga’s appearance was a large Tiffany diamond necklace that had only been worn by 2 women before her – the latest being Audrey Hepburn.

Overall, the Oscar’s proved that it didn’t need a host to remain one of the strongest, most influential award shows to date. The full list of nominees and winners can be found below.
BEST PICTURE
“Black Panther”

Sam Elliott, “A Star Is Born”

Richard E. Grant, “Can You Ever Forgive Me”

“A Night at the Garden”

“Hale County This Morning, This Evening”

“Of Fathers and Sons”

“Spider-Man: Into the Spider-Verse” *WINNER

“Can You Ever Forgive Me?”

“If Beale Street Could Talk”

Bradley Cooper, “A Star Is Born”

Lady Gaga, “A Star Is Born”

Melissa McCarthy, “Can You Ever Forgive Me?”

“If Beale Street Could Talk”