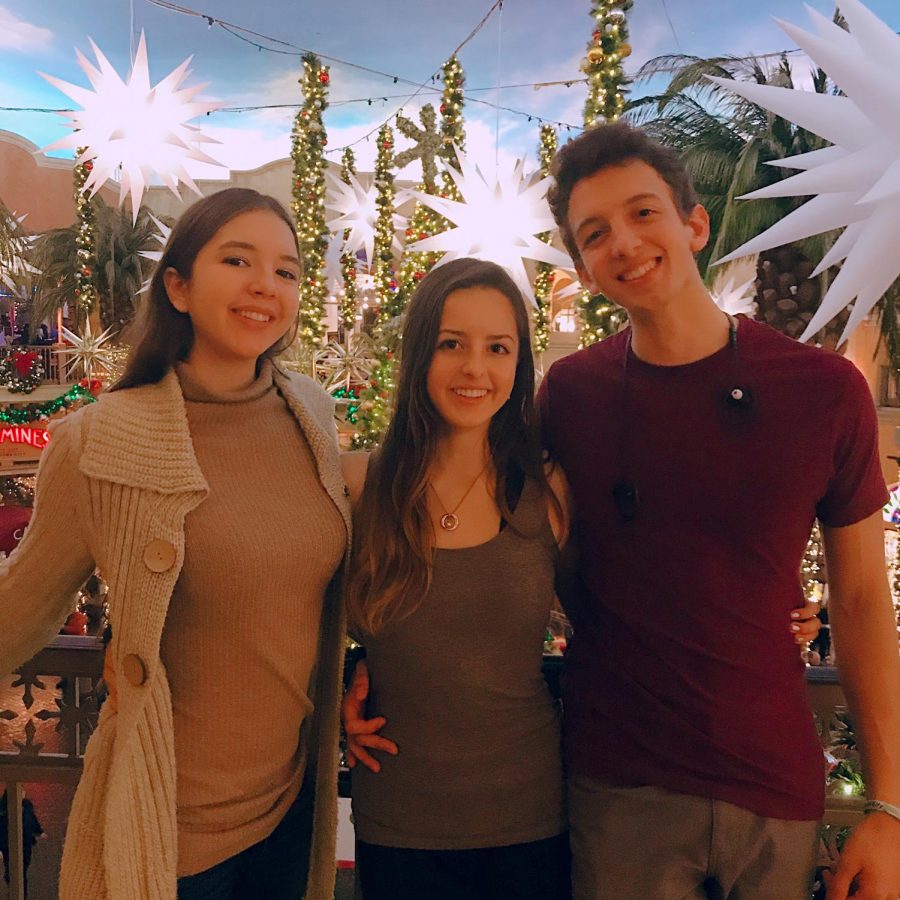 2018 graduate Ximena Trejo-Mora poses for a picture with her family.

Ximena Trejo-Mora, North Penn Class of 2018, is beginning her own journey as a freshman at Temple University Honors, College of Public Health.

As a North Penn student, Trejo-Mora was involved in Link Crew, Girl Up, NHS, Key Club, and Latin Club. She ran track for five years and cross country for four. Trejo-Mora also spent time volunteering at Manna on Main Street, Shake It Off (fundraising event for Parkinson’s research), Abington-Lansdale Hospital, and Relay for Life (cancer awareness and fundraising). On top of all that, she took 10 AP classes.

Majoring in Health Professions, Trejo-Mora continues to strive at Temple University. She is in the Business English Lingua Franca which is public speaking in a business setting, running club, Honors Community Outreach, and E-board and collaborator. Trejo-Mora also currently works in sales promotion.

Trejo-Mora has big plans for the future. She signed up for a course in March to get licensed for First Aid and CPR and next week she will be attending a Narcan Reversal training program for opioid overdose. Soon, she plans to find research on campus, receive an internship at a local hospital, get licensed as a medical interpreter, and after all that, find out if the pre-med track is right for her.

Favorite part about college:
“Basically everything. You’re thrown into a pool of freshmen who have just as much idea of what they’re doing as you do. Honestly figuring out life and fire drills and meal swipes together is the best part of the whole chaotic mess. Plus you get to meet so many people along the way, especially in the first few weeks before everyone’s drowning in work and crawling back into their antisocial shells. Just keep your door open or introduce yourself to someone you’ve never met because you never know who’s going to change your life for the better or give you an idea that makes you change the way you look at the world. The school’s only as great as the people in it and finding the individuals you click with is the best part of school. At least that’s my take on school so far.”

What do you miss about North Penn?
“I miss not having to pay for textbooks and online subscriptions.”

Advice to High Schoolers:
“Don’t be afraid to challenge yourself. Hard work always pays off to some degree: I went into college with enough credits to pass as a sophomore. In North Penn and in the application process alike, it’s easy to get lost in a crowd of thousands, but your passions are what make you unique. So above all else, throw yourself into whatever work makes you happy.”