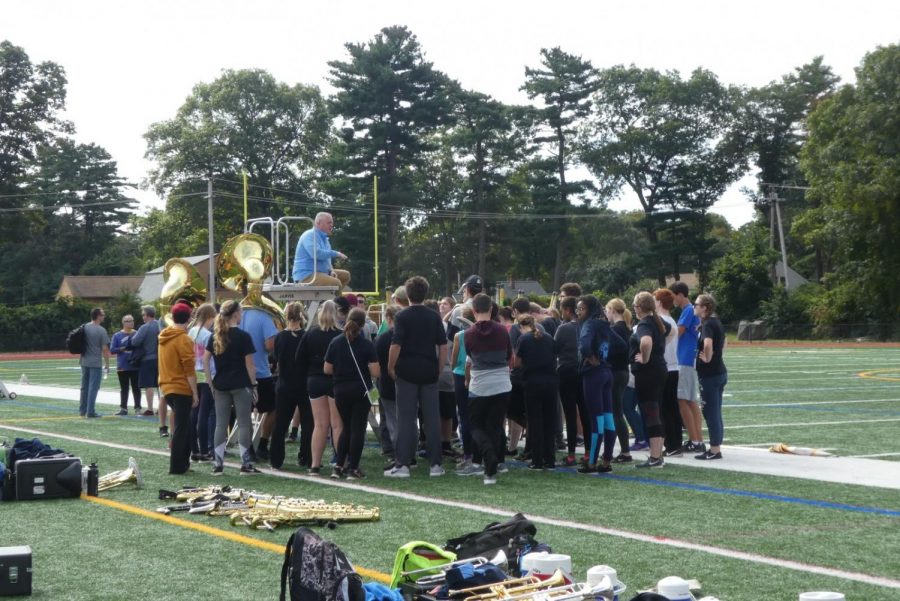 WRENTHAM, MASS.- A Saturday morning practice is not unusual for the Marching Knights, however, it is when we are six hours away from home. At the beginning of the 2018 marching season, it was announced that the Marching Knights would be travelling to Boston for a competition in October. Last Friday we eagerly loaded the buses and, after an anticipated six hour travel, arrived at our hotel in Marlborough, Massachusetts eight hours later.

On Saturday morning, we departed our hotel at 9 am to make our way to King Phillips Regional High School, where we would be competing that night. This new experienced energized the entire band, resulting in a productive rehearsal. Five hour Saturday practices typically drag on, but this particular one seemed to fly by.

The bands in the Massachusetts and Connecticut area are much more competitive than our local bands. When the King Philip marching band arrived at their high school for practice, I was intimidated by the size and booming sound of their band. In Pennsylvania, I am so used to hearing that we are the Marching Knights that I felt inferior to these bands. The amazing sound emitting from these bands made me stare at my friends with wide eyes in disbelief. The realization that we are not necessarily the best helped contribute to our productive rehearsal.

At 8:05 pm, we marched onto the field and gave our best performance of our show, The Promise, to date. Ultimately, we placed second but with our highest score of the season, a 82.95. 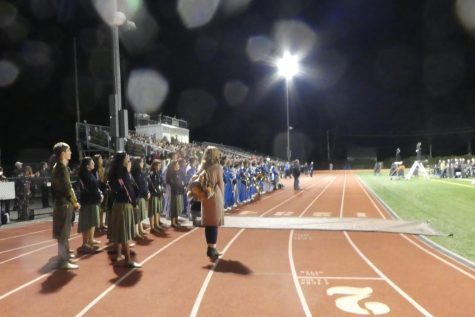 On Sunday morning, we loaded the buses once more to spend a few hours in Boston. I fell in love with this city, as did a lot of my friends. There was an incredible amount of history and diversity that I really appreciated. Everything about Boston had an original feel, like the cobblestone pathways and old, preserved brick buildings. Brand new buildings surrounded the old historical buildings. Quincy Market was booming around lunchtime, as there were many arrays of food and desserts for people to choose from.

I talked to an old couple, with a very heavy Boston accent, about the Patriots and Eagles rivalry, local colleges, the future of journalism (they think that millennials have the power to change journalism for the better), and things to sight-see in Boston. Before I said good-bye, the old man told me to “change that shirt for crying out loud,” since I was wearing an Eagles shirt. 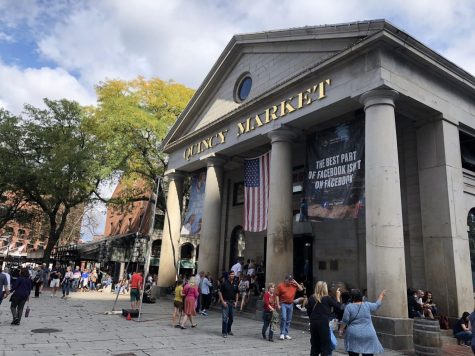 One the way home, I realized that the Marching Knights season is over in five weeks. That means only five more football games and five more competitions until Nationals. At the beginning of band camp, marching season felt eternal, but I blinked and now it is almost over. The weekend flew by, and it is bittersweet that the season is over in five weeks.

Overall, this trip was not just about music. This trip gave me the opportunity to make better connections with my fellow Marching Knights, experience a new city, and push my limits when it comes to performing.