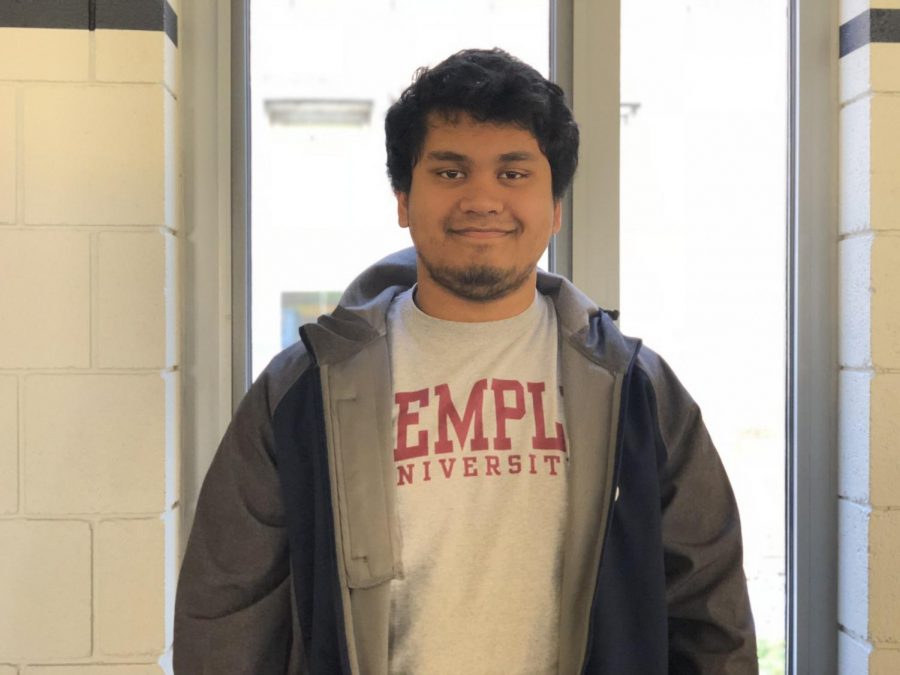 Shadman Alam is no ordinary junior at North Penn High School. He enjoys football, cooking, and his education- he is a student admired by both his teachers and his friends.

TOWAMENCIN- Growing up as a knight in the North Penn School District, it is fitting how junior Shadman Alam  was selected as one of our random knights of the day. Shad is no ordinary student, as he loves spending time on the football field, whipping up a mean cuisine, and more than anything, living in the moment even if he is unsure where his future will take him.

Since the eighth grade Alam has been playing football for his middle school and once he arrived at the high school, he found his place on the Offensive and the Defensive line. Football really stood out to him as the aura of making new friends and being together as a team, which furthered his interest in the game. The thrill of the adrenaline in his veins kept his interest alive all these years.

As listening to his favorite throwback songs getting ready for big Eagles games, Alam also has to be eating any kind of chip- a superstition he has had for a while which seems to be working as his favorite team has made it to the super bowl. Watching or playing, football fills a special place in his heart.

Outside of school and football Alam likes to be surrounded by his friends to relax and spend time with each other volunteering at the Boys and Girls club. But when Alam has some free time, he spends time whipping up his favorite dishes.

Pasta, fish tacos, and salsa, are just some of his favorite recipes. Unlike most people who have a go-to dish, Alam likes to try something new every time he takes out a bowl. Sometimes along with his family, they create more in depth cuisines to enjoy together. A future career of becoming a food critic is definitely an option Alam is interested in.

“I plan on graduating high school, then college, and I’m not really sure what I want to do after that. I’m just gonna go with the flow and see where it takes me,” explained Alam.

Traveling up to Big Apple has become a common road trip for the Alam family. Whether it is a spur of the moment decision, a holiday, or a vacation, New York has in some ways become a second home. Alam has a lot of his extended family residing in the city and an older sister at New York University which makes their trips even more exciting.

“It’s a pretty regular thing for us now, driving up to New York City,” stated Alam.

Before Alam enters his senior year next fall, he is enjoying his classes and teachers in his current classes.

“I gotta say I like high school a lot better than middle school. There’s a lot more classes to pick from and opportunities, like I’m probably going to take AP German next year since I’ve been taking German since Middle School…and I think I want to minor in it in college,” says Alam.

AP Economics has been a healthy challenge this year for Alam with teacher Mr. Maurer. Learning brand new material in the classroom keeps Alam on the edge of his seat throughout the first half of his economics class.

“He’s just a great kid and a great student. I had him last year in Knight Time and he was awesome then. He’s extremely friendly, cooperative, and funny. I wish I could have 150 Shads in my classes every year,” exclaimed Alam’s favorite teacher Mr. Maurer.