Urban continuing on a high note at Brown 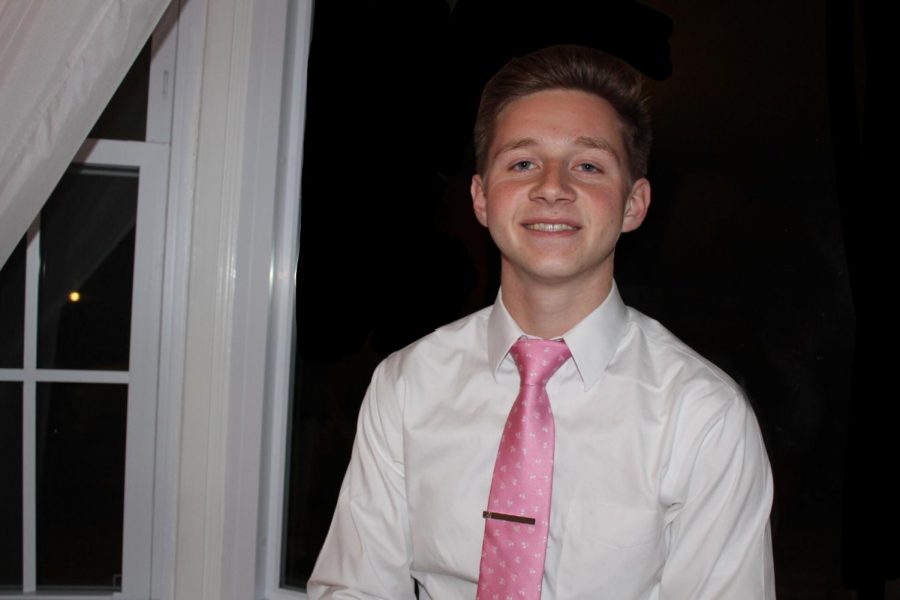 Joey Urban, known for his musical and academic excellence and his involvement in the school, continues his success at Brown University.

After excelling in North Penn Athletics, Academics, and the Music Program, 2017 grad Joey Urban is progressing on a high note as he navigates his freshman year at Brown University.

Although the Jazz Band was a huge part of Urban’s life, he also filled his time with many other extracurriculars. He was the President of the National Honors Society, a participant in Key club, and part of the North Penn Boys Varsity Soccer team. Urban finished his high school career finishing in the top 1% academically in his grade.

Urban is now a Brown Bear at Brown University, an Ivy league school, in Providence Rhode Island. Continuing his passion for music, Urban joined the Brunotes, a club offered at the University. Together they conquer and divide throughout different high schools in the area to teach other students musical instruments. From beginners, to advanced musicians, the Brunotes help them all succeed. Currently Urban volunteers with one beginner student after their school day ends, but plans to teach even more next semester.

Joey Urban, a Biomedical Engineer major, still pursues his passion in the classroom by taking Music Theory classes, and planning to join an official music combo this semester.

One on one with Joey Urban:

What is your favorite part about college?

“My favorite part is the overall attitude of both the students and the administration because they really placed a focus on actual learning and overall collaboration it is not competitive because everyone wants everyone to succeed, everyone is there to learn, everyone takes their learning seriously but it is still laid back enough, and they have really good breakfast burritos,” shared Urban.

“Probably Jazz Band, Mr. DiValentino, the athletics, the sense of community there really makes me miss it a lot,” admitted Urban.

What is your advice for current high schoolers?

“Don’t start your critical paper the night before it’s due…” said Urban.