Worried about overusing social media? Here’s the science behind it 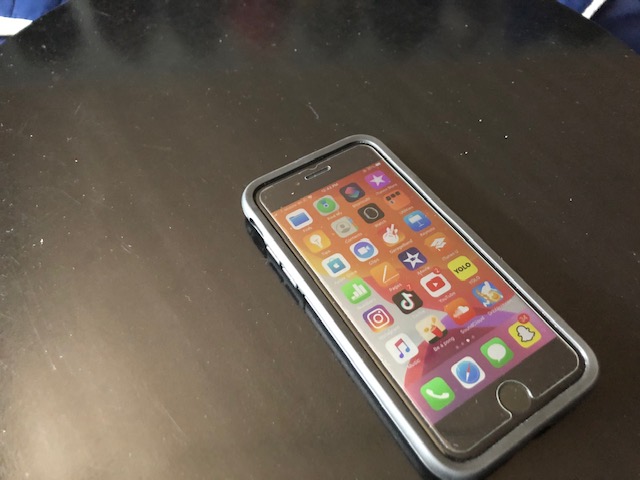 Every day since March 12th seems to blend together. Wake up, eat something, play around and then it’s ten o’clock and then it’s time to go to bed again. Schoolwork adds an extra hour or two on to that, but it basically stays the same.

Since the start of quarantine, some have taken this time to embrace new hobbies, pick up old ones, or maybe even do something impulsive that they definitely regretted a few hours later. On the other hand is just about everyone else in the world: sitting on their phone for hours upon hours on end.

If one were to take a look at their screen time from before quarantine to during quarantine, there would be a drastic difference. We can’t leave the house, we can only talk to our friends digitally, and our schoolwork is piled up, but without the motivation of a school setting, it will continue to sit there. It’s only natural that the amount of time we spend on our phones will go up.

Some people may say that being addicted to cell phones isn’t the worst thing. They could be addicted to drugs or alcohol — what’s the point in even worrying about these funky little bricks in our hands?

Some may take the problem at face value. Students are visibly exhausted sometimes because of staying up late going down the Youtube rabbit hole, and some of them drag their feet on the way to first period, phones still in their hands. Compared to the psychological impacts, the bags under their eyes are nothing.

According to Professor Larry Rosen of California State University, most people today have what is called an iDisorder. Rosen coined this phrase to describe people who “exhibit signs and symptoms of a psychiatric disorder such as OCD, narcissism, addiction, or even ADHD, which are manifested through your use- or overuse- of technology.” This same effect can be seen even only slightly in high school students everywhere. Fidgeting; unable to pay attention for longer than a few minutes; the vanity surrounding the modern world; these are all things that could be easily overlooked, but have the same causes.

This fidgeting may have been somewhat tolerable with the stimulus of the outside world around us, but it has made itself known during the constant isolation. It’s often difficult to sit down and read a book or draw, or even just watch a movie for a lot of people. The brain is being constantly stimulated to a certain degree, so it searches for that stimulation when it’s gone.

Not only does the overuse of screens hurt the brain, but it can also permanently damage the eyes and spine.

As many may already know, blue light can damage the eyes. Over fifty percent of people who work in front of a screen — as many of us are doing with online school — have a condition that’s called “digital eye strain.” It’s caused by the blue light that’s being shown to the eyes. It can cause dry eyes, red or irritated eyes, or even headaches. Optometrists believe that this can lead to extreme nearsightedness, although there is no definite proof of any long term effects.

Furthermore, the spine can be injured indirectly. Think about this: how are you reading this article? Are you hunched over your computer? Or maybe you’re lying down with your neck propped against a wall? This posture could be held for hours on end with scrolling through social media — and many won’t even realize it.

Bad posture can result in headaches and fatigue, as well as the deterioration of joints. With all this in mind, keeping your body at that constantly bad position can hurt your body a lot in the long run.

This is not an easy situation for anyone involved; we’re all bored and don’t know what to do with ourselves. Keeping in mind the harm that constant social media use can do, it’s important to keep reminders to get off the phone, even if it’s only for an hour or two. It doesn’t have to be a productive hour at all — it could just be spent laying down or listening to the outside world with the window open. It’s important to give your brain and eyes a break, because it’s not like you can get new ones once this is all over!