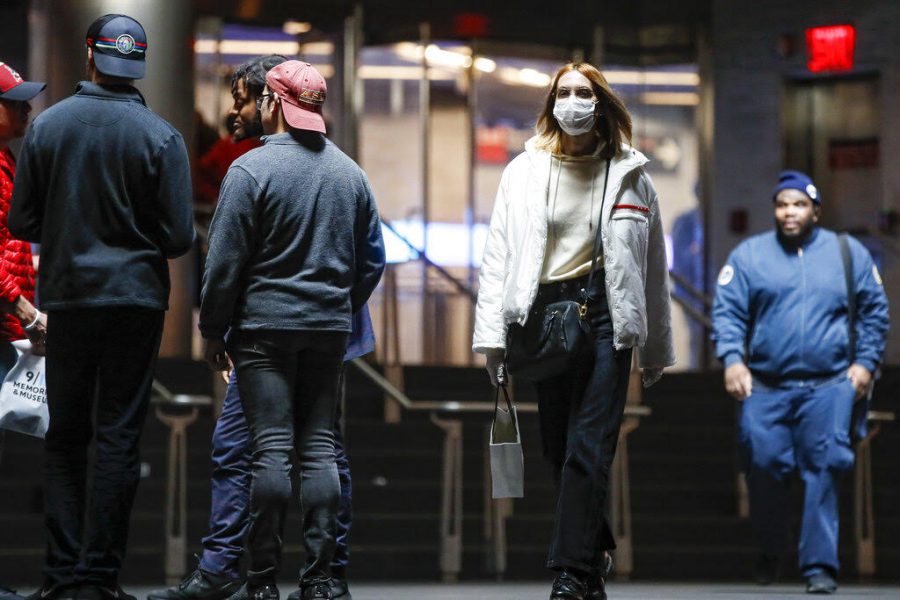 Someone coughs in the middle of class. “Coronavirus!” Another person yells, earning a few chuckles here and there from the students surrounding them. While some people might take it as a joke, others are petrified of the new sickness.

New cases of the Coronavirus have popped up from places a little too close to home, even if it’s only a handful of people. An entire cruise ship off the coast of New Jersey was quarantined at the dock earlier this year, and an email was sent out last week about the virus in Pennsylvania. While it may be a scary situation, it’s nothing to be as concerned about as we are.

So why is everyone freaking out? Why does it seem like every other person around us has the virus?

It’s simple, really: social media. Media, since its gain in popularity in the late 2000’s, has been one of the most efficient ways to spread information and news – real or fake. It makes sense, since everyone’s phone and computer is connected to this one simple app or website that can be accessed with a simple tap.

One of the biggest explosions of the internet would happen in 2016… when clowns took over the country. It started out as a small prank between high school students and close friends, but it soon turned into full on threats against schools in the area – including Penn State and our own school. Soon enough, people dressed as clowns were roaming the streets. They were quickly followed by angry teens and adults, searching their hometowns with the hopes of finding a clown. It started out as a small spark of an idea and, thanks to the internet, it caught and created a wildfire.

Another case of this happening would be the World War III scare earlier in the year. When an Iranian general was killed in January of 2020, the internet took the problem by storm. People instantly posted pictures of the modern day ‘draft’ and created a panic among those who were not as informed on the way things worked, along with those who weren’t as concerned as they were before.

The same applies to the Coronavirus epidemic and the way people are handling it. From the way people are reacting, it would seem like doomsday. Over the weekend, millions flooded grocery stores and malls to stock up for a lock down. Pictures of hundreds of people with their cars packed full of boxes of food and water took the internet by storm, followed by videos of people waiting in line for hours.

The closest thing this can be compared to would be the SARS pandemic that happened seventeen years ago. Recognized at the end of 2003, SARS was similar to the panic that’s happening today. It was a respiratory illness that spread across the world in only a handful of months. People were concerned about it, yes, but they never went to these lengths to protect themselves from the virus. Eighteen years ago, in 2002, the internet wasn’t used as often as it is now. It was only small websites and chat rooms that made up the small population of users. Phones were also larger and only used for calling and, rarely, texting. Online publications weren’t common and the only thing broadcasting the pandemic was major news channels.

Now the only thing flooding the internet is minor news publications, some jokes and some not. A lot of people can’t tell the difference, looking at a headline and assuming the worst.

Major news sites have also made articles on the issue, and most of them do have correct information that would make anyone relax. Most of them mention how the flu has more deaths than the Coronavirus and how it’s just as dangerous, along with the conditions of those who should be worried about their virus. They mention how the elderly, the very young, and the previously sick should be concerned about the illness, the rest of us should just be a little more hygienic than we normally would be. The only thing to be truly concerned about for healthy people would be how quickly it’s been spreading and mutating.

Nobody’s lying about the virus or it’s intensity. Schools around the world have shut down to prevent the spread of the virus and people have gotten seriously ill when they caught it – but there is no need to act as if we’re all going to be locked in our houses for years on end. Going to Costco and buying out their stock of face masks and hand sanitizer isn’t necessary. Face masks are only needed for those handling the sick, and some hand sanitizers – like Purell and Gem – X – won’t work because alcohol isn’t the chemical killing the virus.