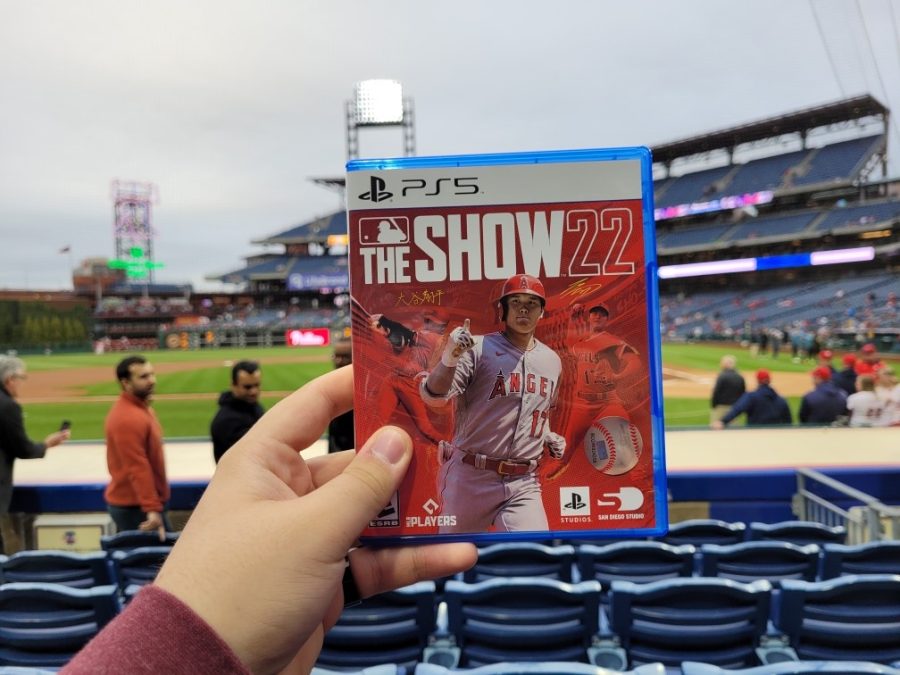 Baseball is America’s pastime; however, only a select few can directly contribute to what we see on TV, or what we watch at live games. The yearly release of the MLB: The Show games give those who want more out of their baseball experience something to look forward to, with the ability to virtually play games as their favorite players, be the skipper of their favorite teams, or bring themselves into the league as a new, big-shot player. With MLB: The Show 22 having been released this month, what makes it different from prior entries in the series?
Well, for starters, since its inception with MLB: The Show ‘06, the series has always exclusively been on Sony’s Playstation platforms and has been developed by Sony’s San Diego Studios. While The Show 21 began the cross-platform trend of being available on Microsoft’s Xbox platforms as well, The Show 22 brings that further, being available on Playstation, Xbox, and Nintendo’s portable Switch.

The move to Nintendo Switch is a huge leap forward for the series, as it hasn’t had a portable entry since The Show 15 on the Playstation Vita, Sony’s disappointing portable console of the early 2010s. All prior portable entries in the series had features and graphics significantly cut down for the lower-powered platforms, whereas The Show 22 on Switch is a fully-featured port, even with lower graphical fidelity to fit on the Switch’s less powerful hardware.
But what about the game itself? Well, some new features have been added to make The Show 22 more than just a new entry in a yearly series. New difficulty options in the form of sliders have been added, with options such as frequency for outfielder error, pickoff frequency, and intentional walk frequency. For pitchers, a new PAR (perfect accuracy region) shows players where to pitch, and what pitches are best for certain plays.
For both outfielders and infielders, when catching a ball, they will have to time and place their throws accurately to make sure the throw doesn’t get away from their target, and to make sure it gets where it needs to go on time. The Road to the Show mode has added a more profound perk system, where multiple factors per game add up to increase certain perks for the player, increasing or decreasing their overall statistics. Players can also select certain additional perks to boost stats, such as hitting power, durability, or plate visibility.

One issue that The Show 22 has faced since its release has been issues with its online connectivity, which continues to this day. From dropped matches in the Diamond Dynasty mode to The Show Shop not loading, and, in some cases, crashing the game, to save files not uploading correctly to the cloud, server issues have been prevalent in the game. Chances are if you try to play The Show, at least in its current state, it’s likely you’ll deal with some sort of online connectivity issue, even if you aren’t in an explicitly online mode.

In my experience playing the Nintendo Switch version of the game, performance issues and graphical fidelity issues have been common, going all the way to the game crashing after playing even 15 minutes into the game. At certain times in certain stadiums, players may experience issues making their textures stretch out, change colors, or go all around the screen randomly. The Switch version in particular, while a mostly full-featured port, sacrifices graphical fidelity, and, more importantly, framerate and performance. At times, the game slows to a crawl, almost ¼ of the regular speed of the game on a normal home console platform.

These downfalls aren’t necessarily thoroughly detrimental to The Show 22, especially going forward. Updates can fix many of these issues, and performance issues on the Switch platform can be ironed out as time goes on by the developers. While the game, on some platforms, doesn’t run as well as it could, what matters is that in its current state, it’s a fun time, it’s able to be played anywhere on the Switch, and the entry’s new features ultimately make this the most feature-packed game in the series to date. If the game had to be given a numerical rating, I would give it an 82/100.