The making of varsity stars 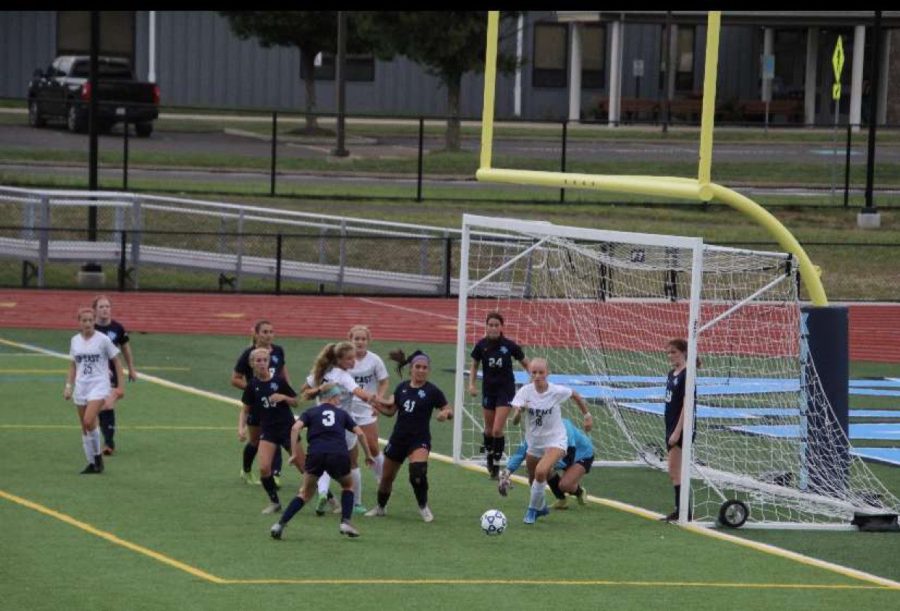 Junior varsity sports are the foundation of making a varsity player. At North Penn High School, the abundance of sports teams is undeniable. Yet, some of the most under-appreciated teams are composed of the future varsity stars.

Junior varsity teams are known to be developmental; they help young athletes reach their full potential. They have similar practice schedules to the varsity teams and are putting in a lot of work to be able to compete for future spots on varsity, as well as having a good JV season.

“It is a very good learning experience. We watch the varsity games and we can take and apply different parts of their games to ours. JV is the future of our program,” Maddie Lewis, a junior on the North Penn Field Hockey team explained.

Sometimes people look at making JV as a failure, but it is a step in the right direction of becoming a varsity athlete.

“I feel like there’s a stigma around making JV. The goal is to make varsity, but I think JV is a great starting point. You can only prove yourself from there,” Lewis explained.

The lack of recognition is a reason for this stigma around JV sports.

“Although it’s developmental I still think it deserves recognition. These players are the future of these programs,” Coach Andrew Schmitz of the North Penn Girls Soccer Team explained.

JV athletics are very rarely mentioned or advertised throughout the school. JV also has no opportunity to make the postseason, which leads to the lack of advertisement.

“They don’t have an opportunity to make the playoffs. They might have a phenomenal season. Last year for Girls Soccer, JV went undefeated, but no one knew that because there weren’t any announcements or anything,” Schmitz explained.

To fix these recognition issues, JV sports should be advertised along with the varsity sports. JV athletes should be able to hear their name on the announcements and have a sense of pride that they are representing North Penn athletics. With such a large school, many things can get overlooked, but JV athletics should no longer be one of them.

Ways to support JV sports are to tune into the North Penn Television broadcasts when they are available, and visit the link at the bottom, and plan to go and watch a JV game and cheer on your North Penn JV athletes.