How long is too long for the Eagles? 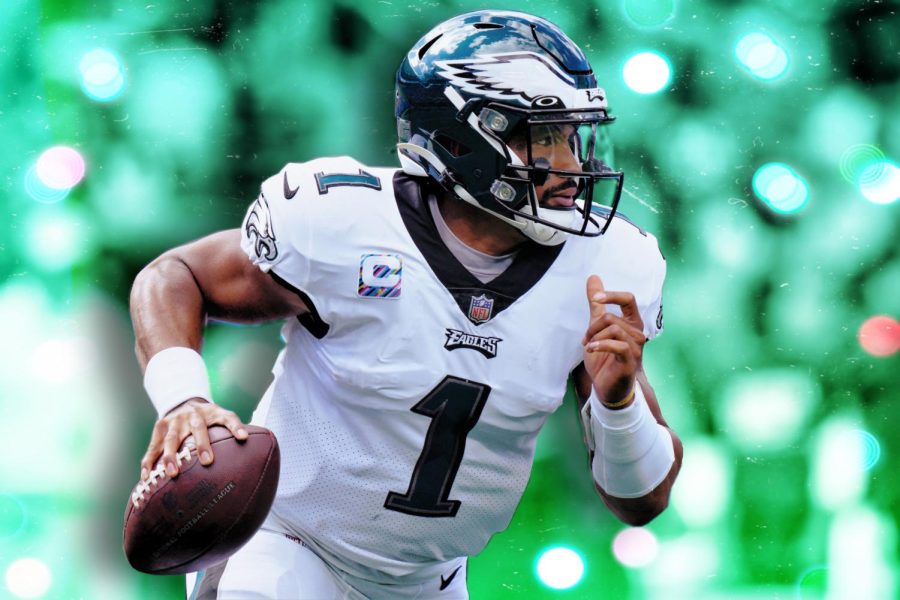 Jalen Hurts has been up and down this NFL season. How long should the Eagles wait on him?

Patience is typically regarded as a virtue. But if that’s the case, how long can one remain patient? Is there a time the plug gets pulled, and everything moves in a new direction? For the Philadelphia Eagles, these are the questions to ask. The last three games were discouraging losses that have shown this team is far from competing. Is this surprising? No, especially because quarterback Jalen Hurts and head coach Nick Sirianni are both extremely inexperienced.

Consider the fact that Hurts hasn’t even started in 10 career games. In his first eight games, he’s passed for 2228 yards, ran for 580 yards, scored 17 total touchdowns, and had eight turnovers. By no means is that superstar-level, but it has shown he has the talent that can develop into being a top-8 NFL QB. Some of the stats are inflated due to garbage-time in the last two games, but it does not mean Hurts isn’t a competitor when it matters. In one-possession games (both leading and trailing scenarios), Hurts has thrown for 737 yards, four touchdowns, one interception, all while having a 102.7 passer rating. He’s only 23 years old. There is plenty of time. The verdict is yet to be out if he can be the franchise quarterback, but he certainly has shown enough positives to warrant a yes.

Of course, there are cases where he didn’t show up, like his game in Dallas. In his worst game as the Eagles starting QB, he was a reason the loss was so bad. He also has struggles progressing through his reads and has poor deep ball accuracy. But, this is a part of his growing pains. He is a young player and needs time to grow. The following week, he proved that setbacks are growing points for him. In this loss against the Kansas City Chiefs, he played his best game this season. The offense moved down the field with relative ease and contributed better decisions.

In the case of Sirianni, there are fewer positives, but still an argument to be made. In his first four games, he has the Eagles offense ranked 9th in yards per game. His playcalling has had its highs and lows. At its best, the Eagles play with creative calls that are much more unique than what they ran last season under Doug Pederson. The Eagles have one of the highest rates of running RPO plays in the NFL, and this positively impacts the offense. It uses Hurts’ running ability in combination with the shiftiness of Miles Sanders. Both of those factors have led to an Eagles wide receiver core that does not feel mediocre. Devonta Smith has fully displayed an ensemble of talent and skill that comes rarely in wideouts, and Quez Watkins broke into full stride. All of this has some correlation to Sirianni’s playcalling.

But, Sirianni is also far from perfect. While a unique style of playcalling can lead to big plays, it can also lead to overcomplicating easy scenarios and frustrating play calls that do not work at all. This was especially true in the 49ers game. Following the 91-yard catch by Watkins, the Eagles failed to score a touchdown. There were 3 chances that failed. A penalty then brought the team to the 1-yard line, and on 4 straight plays, the Eagles could not convert. Some of those issues translated into the next game, where Miles Sanders and Kenneth Gainwell combined for a total of 3 carries. That is something that shouldn’t be tolerated. So the overall patience with Sirianni is less, but keep in mind he is still new to head coaching. These ups and downs were seen in the game against the Carolina Panthers.

This team will continue to display extreme highs and lows. There is no need to make conclusions right now. Both leaders need time to develop, and there is still enough time this season for that to show up. If a game is played and both seem horrendous, don’t overreact. If they show out, don’t overreact. Take everything with a grain of salt moving forward. The time to win is not now. Right now is the time to just improve. It is time to get better so that we can win in the future.