The Eagles are ruled by the unknown 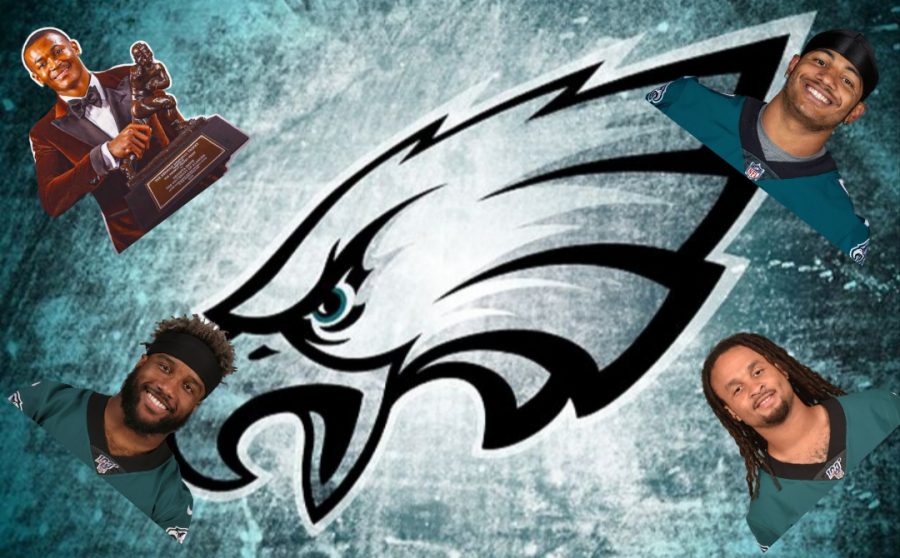 4-11-1. This is the record the Eagles had last year on their way to finishing in last place, in quite possibly the worst division in NFL history. Every Eagles fan knew that in order to revive this team, there was going to have to be some major changes in the organization. This offseason, that is exactly what has happened.

This started early in the offseason with almost a complete overhaul of the coaching staff, starting with the firing of Head Coach Doug Pederson. The Eagles now have a new Head Coach as well as new Offensive and Defensive Coordinators. Of the 22 members of the staff, 15 are newcomers and just 7 are returnees. The most notable returnee being Offensive Line coach Jeff Stoutland, and a few Key departures in Defensive Coordinator Jim Schwartz and Running Backs coach Duce Staley.

The next huge task the front office faced was the cap situation. Heading into the offseason, they were $89 million over the cap, and needed to get rid of it if they wished to sign any free agents. This took a series of trades, restructuring of contracts, and cuts to land under the cap. The Eagles landed safeties Andrew Adams and Anthony Harris, linebacker Eric Wilson, and recently claimed running back Kerryon Johnson off of waivers.

Lastly, the Eagles had to face the draft, and it got off to a hot start. In the first round, the Eagles traded the number 12 and 84 pick to in division rival, the Dallas Cowboys, in return for pick 10. They used this pick to draft their receiver of the future in Devonta Smith. Through the last 2 days the Eagles made several picks at positions of need such as Offensive Line, Linebacker, and Cornerback.

Through all of this, there lies one big theme for the Eagles heading into the 2021 NFL season. This is the theme of the unknown. Let’s break down how this applies to each position group.

For starters, the quarterback position is an unknown not for who will start the season, but rather his experience. It is pretty much expected that Jalen Hurts will take the starting job for the Eagles. The unknown, however, lies in the fact that he has started just 4 NFL games yet in his career. No one can truly know how he will handle the pressure of a full 16-game season.

Next up is the wide receivers. This room is just jam packed with youth and a couple veterans. However currently the Eagles have 7 players with a legitimate shot to make the team. These players are JJ Arcega-Whiteside, Travis Fulgham, Gre Ward, Jalen Reagor, John Hightower, Quez Watkins, and Devonta Smith. The only problem is a team will carry no more than 6 receivers and the Eagles have to figure out who has to go.

The running back room had the same issue as the wide receivers. With 5 running backs that have a chance to make this team, they must also have to choose who to get rid of. These 5 running backs are Miles Sanders, Jordan Howard, Kenneth Gainwell, Kerryon Johnson, and Boston Scott.

Moving onto the tight ends, we simply don’t know what is going to happen when it comes to Zach Ertz. If Zach Ertz is moved in the offseason, this means that Dallas Goedert would have to step up in his position and we have yet to see Goedert as a true number 1 tight end.

The linebackers have a lot of youth in that room. This starts with the continued development of Shaun Bradley as well as Davion Taylor and the starting of the development of Patrick Johnson and JaCoby Stevens. This youth development will be key and their play this year is a huge unknown at the moment.

Finally, the secondary has the big issue of who will line up across from Darius Slay and play cornerback 2. The Eagles didn’t pick a cornerback until round 4 in Zach McPhearson. It could be him or even returnees such as Avonte Maddox who line up across from Slay. The big unknown is who it will ultimately be.

If the Eagles make all the right decisions and everyone plays as well as we hope, the Eagles have a shot to push for the division title this year. However, if things go downhill, this season could be as much of a dumpster fire as last season.