Mediocrity or Brilliance: the Eagles still have a Fighting Chance 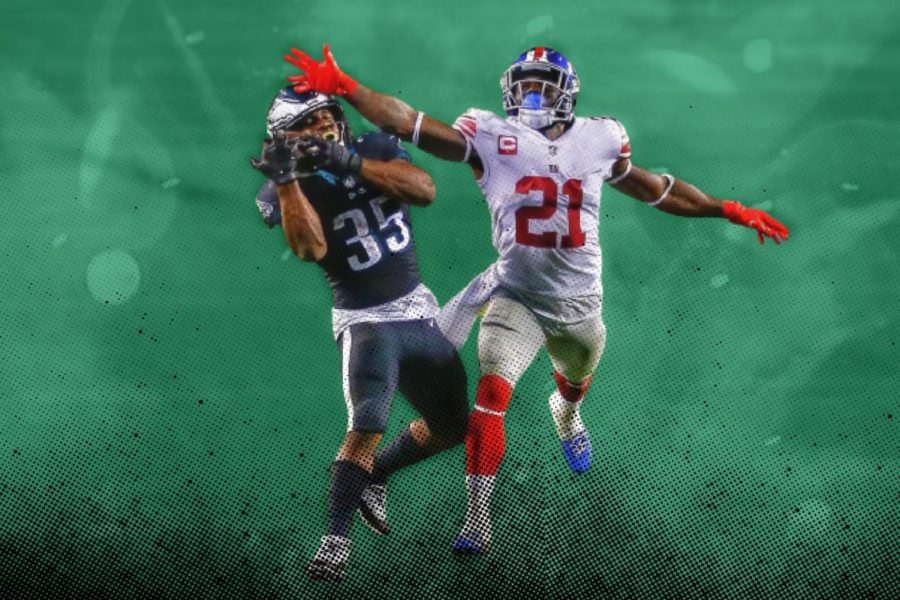 The 2020 NFL season has not been what Eagles fans have hoped for. Countless injuries, unfulfilled expectations, and just an overall disappointment. And yet, they are in first place in the NFC East.

While the Eagles currently have a pathetic record of 2-4-1, they are starting to pick things up, and it is starting with Carson Wentz.

You can think whatever you want about Wentz, but one thing has always held true throughout his career: He rises up when it matters most.

Against the Pittsburgh Steelers and Baltimore Ravens, two of the best defenses in the NFL, Wentz threw for 471 total yards, 5 total touchdowns, and had 3 turnovers. Capping off the newfound success, Wentz led the Eagles to a fourth-quarter comeback, after being down 11 points. He had a season-high 359 passing yards, 3 total touchdowns, and 1 interception. He scored the game-winning touchdown on an 18-yard dime to Boston Scott with just 52 seconds left in the game. The play was beautiful. Wentz dropped the ball perfectly into a small window to the shortest player on the field, over someone 5 inches taller than Scott.

His talent is simply undeniable. While the initial stretch of the season proved he has some mental lapses in his game, he is showing he still has the “Top 10 QB” label in him. To further understand his impact, consider this: the Eagles offense has had 20 different starters this season, including injuries to the top 4 WRs, the top 2 TEs, and the starting RB. If that wasn’t enough, Wentz’s offensive line has had 7 different iterations this season. That’s a different line every game. Battling these challenges proves the brilliance of Carson Wentz is finally back, officially silencing his doubters.

If I wasn’t clear in my previous article about the Eagles, Travis Fulgham is a legitimate WR1. Every time we see a pass thrown towards him; we know there is a reliable player on the receiving end. Wentz has a phenomenal 127.9 passer rating when targeting Fulgham.

Currently, Fulgham has 357 yards on 23 receptions, with 3 touchdown catches in his four games as a Philadelphia Eagle, which is similar to the stats of Tyreek Hill and Odell Beckham Jr. Just to further blow your mind, Fulgham is on pace for 1150 yards and 10 touchdowns on 75 catches. That would mean Fulgham is on pace to be the first Eagles WR to eclipse 1000 receiving yards since Jeremy Maclin in 2014. His level of play is a present to us all, but it is not the only surprise.

The biggest bright spot that has been ignored all season long is Brandon Graham. After getting paid last offseason, there were some doubts about his ability. He is 32 years old, and only getting older. That payday followed a season that left a lot of uncertainty for Graham. He seemed to be an overpay. This all changed immediately as the season began

It is now time we recognize what he has done for us. On the season so far Graham has had 6 sacks, 9 tackles for loss, and 10 QB hits. These rank 3rd, 2nd, and 9th in the league. Graham is quietly playing the best defense he has in his whole career. He is easily our best defender this year and shows no signs of stopping. On the crucial Thursday night win, Graham helped seal the game by forcing a fumble on Daniel Jones. Give him his respect now. He deserves it.

However, there are still many concerns this team has to address. The most pertinent issue that has been shown is the extreme inefficiency on both sides of the ball. Against the Giants, the Eagles went to the RedZone 8 separate times, and only got a total of 22 points. If we kicked 8 field goals, and made all 8, we would have scored more points. The list of missed opportunities on offense includes a dropped touchdown pass, an ill-advised interception, 2 failed two-point attempts, and a missed FG.

If the Eagles draw up better plays inside the twenty, the game would not have been a one-point victory. Needless to say, they were far from flawless, but Pederson needs to come up with better plays.

There was one play in particular that sticks out. On fourth down, at the 3-yard line, the Eagles missed a huge opportunity to score. Doug Pederson called his worst play of the game. The call was simple: send out Hakeem Butler for a fade. That was the best play we had? Pederson’s playcalling has been questionable all year but that was just disastrous. The blame cannot be all on Doug though. Wentz made a huge error on the play. When the Eagles broke the huddle, Butler was initially wide open, but Wentz chose to wait. This gave time for Giants CB Logan Ryan to get in front of Butler, and disrupt the route. This resulted in a turnover of downs, which almost lost the game

Immediately following that, the defensive mistakes started to pile up. The Eagles had the Giants backed up at their own 3-yard line, and they managed to let them go 97 yards for a touchdown. It was 21-10 at that point, and while we did come back, they should not have scored on that drive.

Issues like these need to be addressed and fixed immediately. Otherwise trying to win the division will be all for nothing.

However, there is something very important to consider about this team: it is the simple fact that the Eagles refuse to give up.

Since 2017, injuries have constantly tried to strike down the Birds. But the will has triumphed all during the Doug Pederson era, and, somehow, the Eagles also seem to prevail. The Eagles have simply always put up a fighting chance and never back down from what was presented in front of them.

Their mentality is the most incontestable trait of this team, and if it continues, the season will turn around.