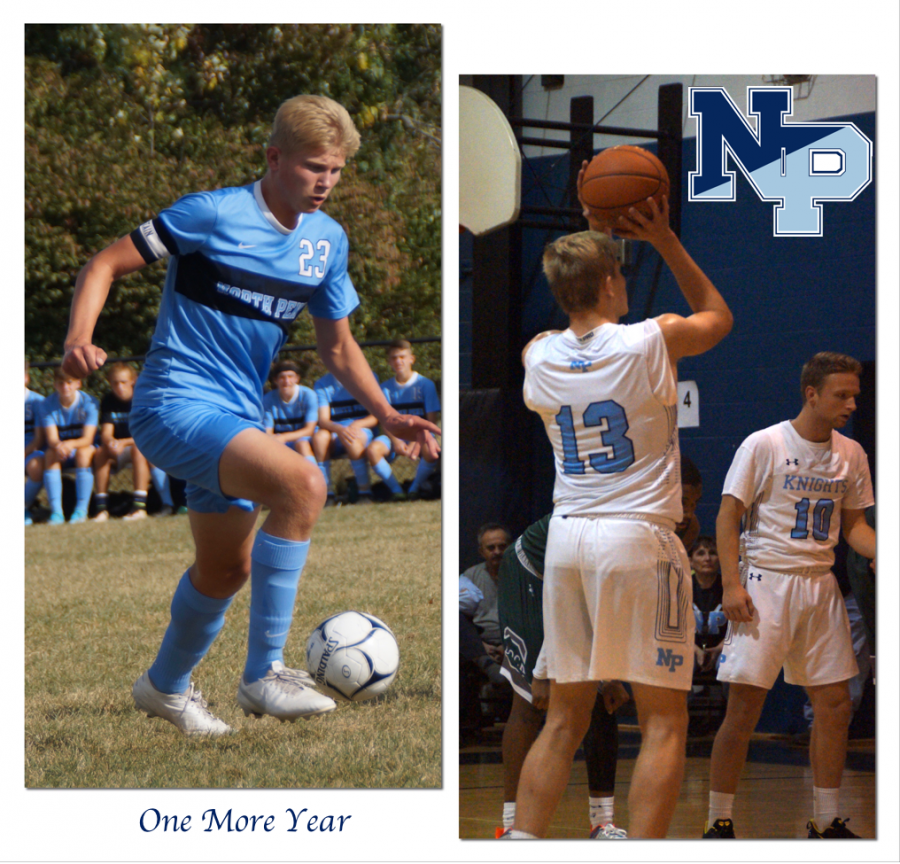 TOWAMENCIN- After winning the State Championship last November and being named to first-team All Conference, All Area, All-Intelligencer, All Southeastern PA, questions arose whether or not junior Josh Jones would be returning to play for North Penn soccer his senior year.

Right after the final whistle was blown on the night of November 17th, Jones was asked by Andrew Robinson, the sportswriter for The Reporter and PA Prep Live, if he was planning on returning his senior year or playing for a Major League Soccer (MLS) Development Academy Team. Jones replied, “I don’t have the answer to that question nor am I worried about that right now. I just want to get back with my team to celebrate this moment.”

The MLS Developmental Academies do not allow their soccer players to be a part of high school athletics because the program is very demanding. They train five times a week and play games on the weekend. The program is the highest level of youth-soccer in the United States and is invite only. Jones had to contemplate whether he should choose this route, or stay for high school athletics.

From a young age, Jones’ goal was to go play academy soccer and he had little to no interest in playing at the high school level. That all changed when he saw how successful the team was during his eighth grade year (2016) when the Knights made it to the state quarterfinals. When he saw he had the opportunity to play with his past club mates from U11 to U13, players like Luke McMahon, Chris Caputo, Allieu Sheriff and others, Jones knew he had to seize the opportunity to play with his old pals again.

“My dad always wanted me to experience high school sports, and thought that keeping me out of playing on an academy team would be best for my future. Playing soccer was inevitable, but he also encouraged me to play for the basketball team. I never envisioned myself being a key member for both the soccer and basketball teams,” said Jones

There was a possibility of Jones not being able to play basketball his senior year because he was given the opportunity to Gray Shirt, leaving a semester early in his senior year to train with the college he commits to.

“I’ve had the opportunity to revisit going to an academy team these past two years, but at this stage in the recruiting process and just my life in general, it would not make much sense to leave and miss my senior year. I’m already getting the same looks from Division One programs for soccer that I would at an MLS Academy so it wouldn’t impact my recruitment that much.  And playing basketball this year made me realize that I wanted to come back again and play another season,” Jones stated.

There’s no secret that Jones loves playing soccer, but something about playing for the basketball team makes his decision on returning even easier.

“In the beginning of the year I didn’t have that much confidence in my ability to contribute to North Penn Basketball. However, as the season went on, I got comfortable and realized how much I could impact each game,” Jones said.

This led Jones into becoming the Knights leading scorer with having the highest field goal percentage and 3-point percentage– respectively shooting 51% from the field and 43.6% from three.

In terms of soccer, Jones is excited to return for his senior year.

“Even though we won a state championship last year, I still don’t think we’re done and I’m still hungry to win another one. This is my final year playing for this school and I want to make sure I make a lasting impact for this program and hopefully deliver another state title,” Jones concluded.