Knights will face District 3 champ after loss to Jaguars 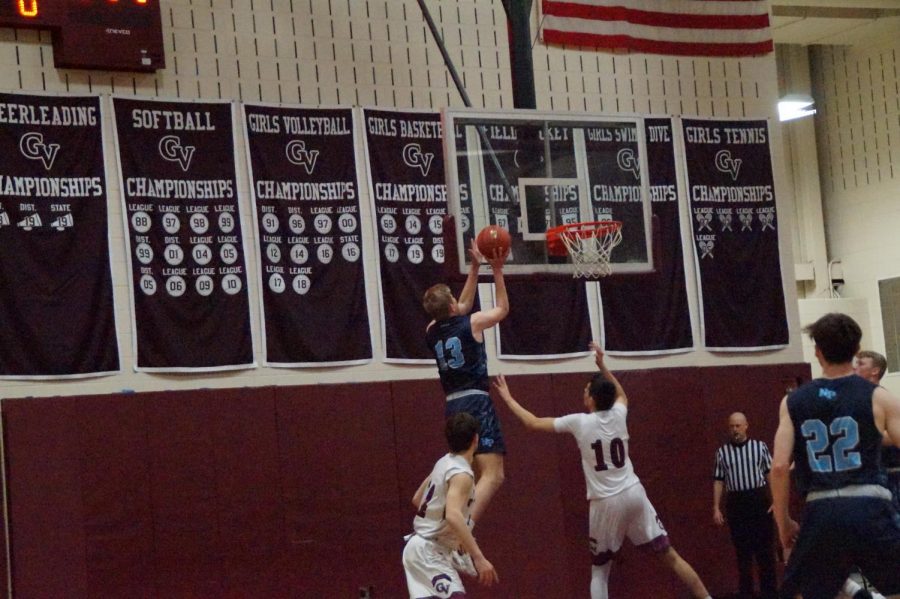 GLEN MILLS- The Knights fought hard against another tough team and kept it close the entire way, but in the end, it was close but no cigar.

“They’re a good team.  They have a lot of offensive fire power.  Every time we made a run, give them credit, they countered,” Head Coach John Conrad said.

Matt Swanson got on the scoreboard first as he collected an offensive rebound and put it back up for the first two points with 7:25 left in the first quarter.  The Knights went on an 6-0 run in the first 2 minutes and 8 seconds of the game.  The Jaguars erased that deficit and big part of that was Neel Beniwal.  He tied the game up at 8 with 4:32 left in the quarter as he caught a pass nearly out of bounds before spinning and hitting a difficult three-pointer.  27 seconds later, he made another three to give the Jaguars an 11-8 lead.  Beniwal had 9 points in the first quarter to propel the Jaguars to a 19-14 lead at the end of the quarter.

The Jaguars held the lead for the most of the second quarter but a last minute surge at end of the half, capped off by Rob Carangi finding Swanson for a short jumper, led to a game all tied up at 25 heading into halftime.

The third quarter probably held the most excitement throughout the game as it had 10 lead changes.  It started with Swanson breaking the tie with 2 free throws to give the Knights a 27-25 lead.  A little over a minute later, Beniwal made another three to reclaim the lead for Jaguars, but Josh Jones responded on the other end with a bucket of his own.  Carl Schaller made a jumper as the Jags went up 30-29.  Jones once again responded as he made a post fadeaway.  Beniwal followed that by getting fouled and knocking down both free throws.  Mike Chaffee made his first of two three-pointers in the third quarter.  Beniwal continued his big night by knocking down a jumper to tie the game at 34.  Swanson once again broke the tie with 2 free throws.  Max Jackowsky made a three to give the Jaguars a 40-39 lead with 1:59 left in the third quarter.  Chaffee tied the game at 40 with a free throw before Chris Coyne created an easy bucket with a post spin.  At the end of the third quarter, the Jaguars had a 44-40 lead.

The Knights got the deficit to one possession after Jones scored off his offensive rebound, but the Knights could not pull off that late game magic in this one.  Schaller shut the door in the 4th by scoring 11 points in the quarter including going 6/6 at the charity stripe.

In the first round of states next Saturday, the Knights will play the winner of the District 3 championship game tomorrow between Reading and Wilson.

“We’re going to take a couple days off, much needed, and we’ll come back on Monday and I’m going to go out tomorrow and watch and see what a happens,” Coach Conrad said.