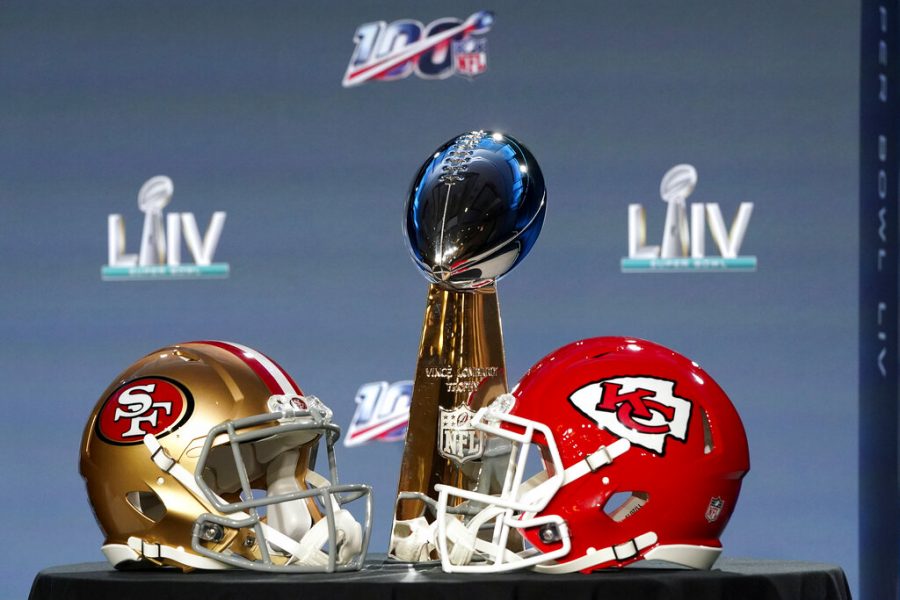 From no name high school prospects to the biggest stage in sports, Jimmy Garoppolo and Patrick Mahomes meet in Miami for Super Bowl LIV. The veteran coach Andy Reid and his high flying, big play Kansas City Chiefs are up against the 4-12 to NFC champs, the San Francisco 49ers.

The big game is this Sunday with both teams loaded with talent. Taking a look at the quarterbacks, you have the obvious best with the 2018 league MVP and superstar Patrick Mahomes. The Texas Tech alum was drafted in 2017 to be the team’s franchise quarterback, and he has been just that. In his previous two playoff games, Mahomes has led his team back from multiple score comebacks. On the opposing team, there’s Jimmy Garappolo, the backup turned starter. Garappolo, the Eastern Illinois alumni, was drafted in the second round of 2014 by the Patriots.  He spent his first three seasons in New England, before being traded to the 49ers and signing the largest extension at the time in NFL history. He is the franchise quarterback the Niners invested in and he has prevailed after tearing an ACL in 2018.

Chiefs- This team is easily known for its fast, explosive offense and big play making defense. Here are some key players that the common fan might not know, that are a big reason why the Chiefs will be playing on the biggest stage.

Chris Jones, the defensive tackle, only took 42 percent of the snaps in the AFC championship win over the Titans. Nursing a calf injury, Jones is looking to play all game against the stout Niners offensive line. With only three sacks by the Chiefs in their previous two playoff games, Jones’s activity could bring the Chiefs defensive line a large surge.

Eric Fisher is another key player to watch out for Sunday and yes an offensive lineman is getting a player spotlight. The former 1st overall pick in the 2013 NFL draft has not made a lot of noise in football talk but not many offensive linemen do. Fisher has been the anchor protecting Mahomes from the blind side his whole career. You may not hear his name often but deserves credit for protecting the leagues 2018 MVP.

Another defensive lineman to look out for is Frank Clark, a big off-season acquisition. After an unfortunate offsides penalty by Dee Ford, the Chiefs went out and got the studded defensive end to replace the run stuffer. The need to stop the run will be important, so expect to hear Clark’s name called out a few times on Sunday.

Tyrann Mathieu the strong safety nicknamed the Honey Badger will be providing hard hits throughout the game. After losing veteran safety Eric Berry, the Chiefs went out and got one of the best in the game to make plays and he has done just that. The second team all pro player, has forced 2 fumbles and racked up 4 interceptions in a resurgence of defense on an offensive minded team.

49ers- Ground and Pound! The Niners have built their offense behind the run game and a committee of running backs, which they have rode to the Super Bowl, along with possibly the best defense in football.

Kyle Juszczyk the fullback and untalked about back of success in the Niners run success. Juszczyk, who does not get much notice on the team, is a big reason in the teams run game success. Due to the team using a zone run scheme, a good fullback to hit the correct running lane and clear the linebacker is needed. You may not hear big plays from Juszczyk, but indeed he is a key factor.

Jimmie Ward has been the do it all safety for San Fran. Ward has the ability to go out and guard the speedster Tyreek Hill and go inside and give physicality against Travis Kelce. The Niners will need Ward to be all over the field to help slow down the many weapons and threats on the Chiefs offense.

Dee Ford, the defensive end, will be suiting up against his former team in the biggest game of his life. After an unlucky offsides penalty that led to the loss in the championship game against the Patriots, Ford was not signed back and is now going up against the team that left him behind. A leader on the defensive line, Ford is looking to get some revenge on his former team.

The veteran Joe Staley, will look to solidify the battle in the trenches from the offensive side. Staley was a first round pick in 2007 for the Niners and has been part of the team since. He has been the anchor protecting the Niners quarterbacks’ blindsides for 12 years. He has lived through the teams up and downs and is now poised to bring a championship to the city of San Francisco.

Both the 49ers and Chiefs are locked and loaded for the Sunday. This matchup most resembles Super Bowl XLIV between the Saints and Colts. That game was played in the same stadium in Miami Gardens, Miami Florida. One team had a young quarterback and young coach trying to prove their mark on the league, comparing the Niners with the Saints. The other team had a grizzled coach with one of the league’s best quarterbacks, comparing the Chiefs with the Colts. Many players and coaches around the league have predicted the Chiefs to win by a landslide but I believe the Niners will come on top and surprise many. This further shows the similarity in Super Bowl XLIV with the Saints being the underdog, just like the Niners.