The North Penn Ice Hockey team is back on the ice and set to kick off their season Thursday night. Let the games begin! 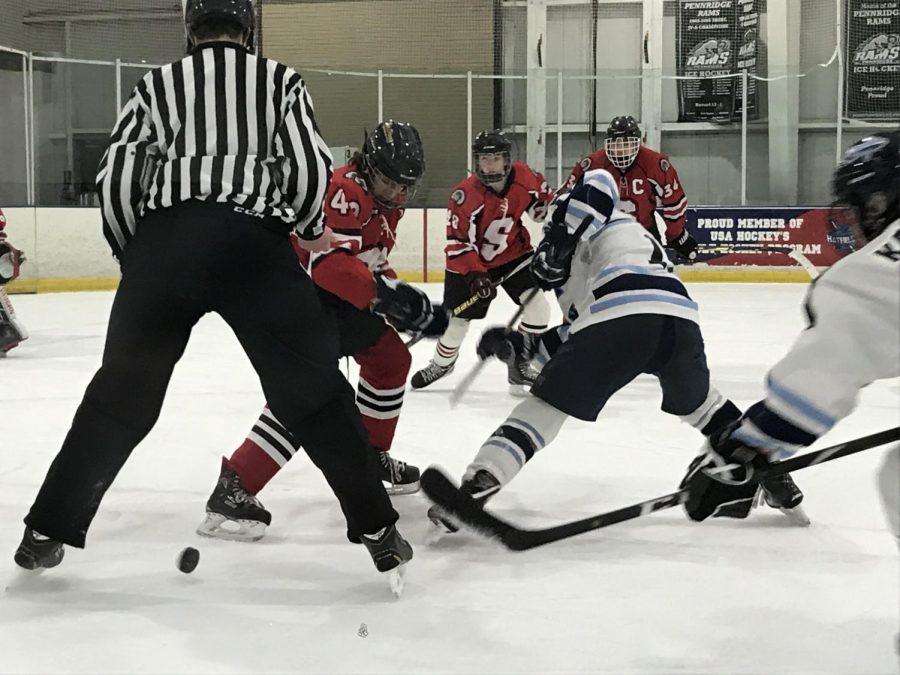 The 2019-20 Ice hockey team captain, Tyler Greenstein, set to lead the Knights on the ice with assistant captains, Josh Kaufhold and Thomas Boyle

Outlook: A hungry North Penn Ice Hockey Varsity team is coming back this year looking to go further in the SHSHL and Flyers Cup playoffs than they did last season. The Knights return a core of 12 returning Varsity players from last year’s team that lost in OT to Pennridge in the Quarterfinals of the Flyers Cup. The team returns their leading scorer and top 3 defensemen as well as their starting goalie as they look to reach the SHSHL Finals and advance further in the Flyers Cup.