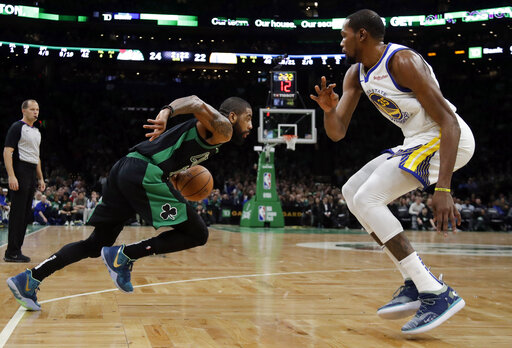 They call the NBA a soap opera and this summer’s offseason might be the episode yet.  So many stars could change uniforms and create new super teams to dominate the new decade upon us.  The NBA is headed for a wild summer and here are my predictions for where these premier talents will play in the upcoming season.

It has been made abundantly clear that Kawhi wants to play in his hometown of L.A., but which L.A. team will Kawhi choose?  Well the Lakers have made themselves look awful while the Clippers have become very appealing.  The Clippers have well respected individuals in their front office while the Lakers have a mess in their front office.  The Lakers had LeBron James and still didn’t make the playoffs while the Clippers didn’t have any stars and made the playoffs.  Frank Vogel is a nice coach but he’s not even close to the coach that Doc Rivers is.  And lastly, Kawhi is a Batman not a Robin.  There is no way he would want to be become a co-star with the Lakers when he can get his own team with the Clippers.

Speculation says Irving is headed to the Knicks but I think Irving will choose the other New York team, the Nets.  Brooklyn just seems right for Kyrie’s game: the streetball handles with crazy finishes at the rim.  Kyrie could also choose the Nets over the Knicks because of the media aspect.  It’s pretty clear that Kyrie is not the biggest fan of the media and the media attention will get worse if he goes to the Knicks, but if he goes to the Nets, there would be a lot less media pressure and coverage, which will most likely appeal to Irving.

He may not be a free agent, but I would be remiss to leave out the Anthony Davis trade saga.  The Pelicans pretty much at this point have no choice but to trade Davis this summer after not honoring his trade request at the deadline.  The main teams in play for Davis are the Lakers, Celtics, and Knicks.  The Pelicans have made it clear they want to avoid a trade to the Lakers at all costs and I think the Celtics have too much to lose by trading for Davis if Kyrie leaves.  So, this would put him in New York for a trade package centered around Kevin Knox and the 3rd overall pick.

The Sixers will probably offer Butler a max deal but I think he’ll decline so he can get a bigger role and not be the third star on a team.  Butler, a Houston native, might want to go back to his home state of Texas and join the Mavericks who are on the come up.  While Luka Doncic continues to develop and Kristaps Porzingis continues to recover from his injury, Butler can be the face of a young big three before passing the torch to his younger co-stars.

With KD out of the picture, Klay should get a max contract and stay with the Warriors as they look to go back to the 73-9 Warriors team with Steph, Klay, and Draymond.  The only way I see Klay leaving is if the Warriors lowball him, which doesn’t seem likely.

Walker will still be a part of the rebuilding process in Charlotte if he resigns with the Hornets, but if he leaves, he also leaves a lot behind him.  After making the All-NBA team, Walker can sign a supermax contract with the Hornets that will pay him $221 million over five years.  And those Charlotte fans might show the most love for their star player more than any other city in the NBA.  Walker would leave behind a franchise that has made him the face of the team and possibly $140 million if he leaves, which I can’t see him doing.

Yep, I think the Nets will keep Russell and get Kyrie to create a star-studded backcourt.  And I think the two would make it work.  Russell can continue to facilitate the offense and Kyrie can focus on scoring in the era of position-less basketball.  Russell is a restricted free agent and the Nets will most likely match any offer he gets.

Another injury for Cousins might mean another cheap 1-year contract as he tries to get healthy.  He showed he does not mind ring chasing when he reached out to the Warriors last summer, so this summer I think he will do the same.  Cousins would fit nicely with the Bucks in an offense that shot the second most threes in the league and made the second most threes in the league.  With Boogie’s ability to make three-pointers, he can become another weapon for Coach Mike Budenholzer to utilize.

Middleton has found a system that has made him a co-star to Giannis and after the team’s success this year, I can’t see him wanting to leave.  The Bucks have to put a lot of effort into making sure he stays as Milwaukee does not attract a lot of big free agents so it’s important they keep their core together.

The Kings are not too far away from being a really good team and if you add the nightly double-double machine in Vucevic, they are one step closer to competing.  The Magic will probably try to keep him but they do have Mo Bamba so they might not offer Vucevic the max contract as they continue to rebuild.

Since I think Butler will leave, the Sixers have to keep Harris or else they go back to having no spacing on the floor.  They need to keep Harris and Reddick since Simmons and Embiid are both poor perimeter shooters.  The Sixers are Harris’s 5th team and he has been traded 4 times.  With the decision of where he will play up to him this time, I’m sure he would like to stay in one spot and settle down this time.