Knights take first loss of the season against Titans 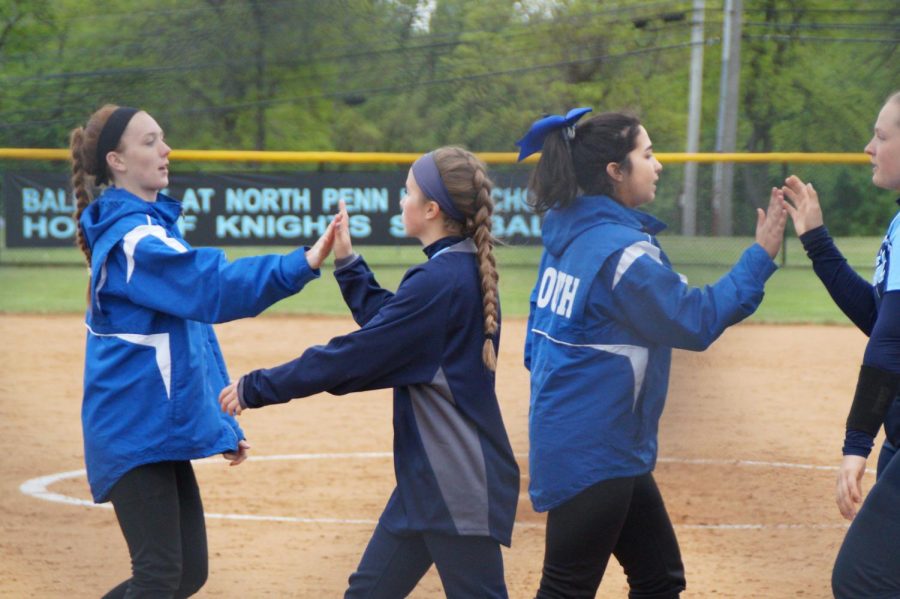 The Knights lost to the Titans 3-1.

TOWAMENCIN- It did not go the way the Knights wanted it to go one game after winning the Continental Conference title as the 0 in the loss column changed to a 1.

“It’s a learning experience.  Things didn’t go our way. Actually, I remember when Parkland was here a few years ago when they won the state championship and we beat them 2-1.  And the coach came up to me and said ‘the best thing to ever happen to us was getting this loss’.  And I think nobody wants to lose but we’re conference champions, we’re gonna be a top seed in districts, and we just gotta continue to work and move on,” Head Coach Rick Torresani said.

Freshman center fielder, Sophia Collins got the first run of the game on the board and she created it out of almost nothing at all.  She drew a 5-pitch walk to lead off the bottom of the 3rd.  Collins then tried to steal 2nd and found herself at 3rd base after an error by the shortstop and center fielder.  Then a wild pitch brought in Collins as the Knights went up 1-0.

The Titans tied the game and took the lead however in the top of the 4th, by using the bunt to get baserunners.  The inning started with top of the lineup and the first three batters all got on base by using the bunt as the Knights struggled to get an out.  The cleanup hitter, Katie Hines, followed with an RBI-groundout to tie the game.  Then with 2 outs and 2 strikes, DH Olivia Zoolalian hit a double over the right fielder, Madison Reilly’s, outstretched glove to score 2 runs and gave the Titans a 3-1 lead.

“For some reason, we just didn’t make the play and characteristically no one has bunted on us all year cause we’ve made the plays.  It’s gonna happen, softball is a funny game,” Coach Torresani said.

Even though she recorded her first loss of the season, sophomore pitcher, Mady Volpe, pitched a solid game.  She had 14 strikeouts with no walks and gave up 5 hits, however 3 of those hits were infield singles.

But South’s pitcher Kylie Kenney kept the lead intact.  She finished with 7 strikeouts with 3 walks and 4 hits in 7 innings of work.  It looked like the Knights had a comeback cooking in the bottom of the 7th as the tying run was on first with the 3-hitter (Amanda Greaney) and the cleanup hitter (Elia Namey) batting as the go-ahead runs.  Greaney rolled into a fielder’s choice and Namey hit a fly ball to center field.  Alexa Ortman, South’s center fielder, made the catch as she slid in the grass for the final out.

The Knights play tomorrow on the road at Great Valley High School against the Patriots.

“Come out, get the bats going and let’s score some runs,” Coach Torresani said as his message for tomorrow’s game.