Senior Pat O’Neill has learned to expect the unexpected 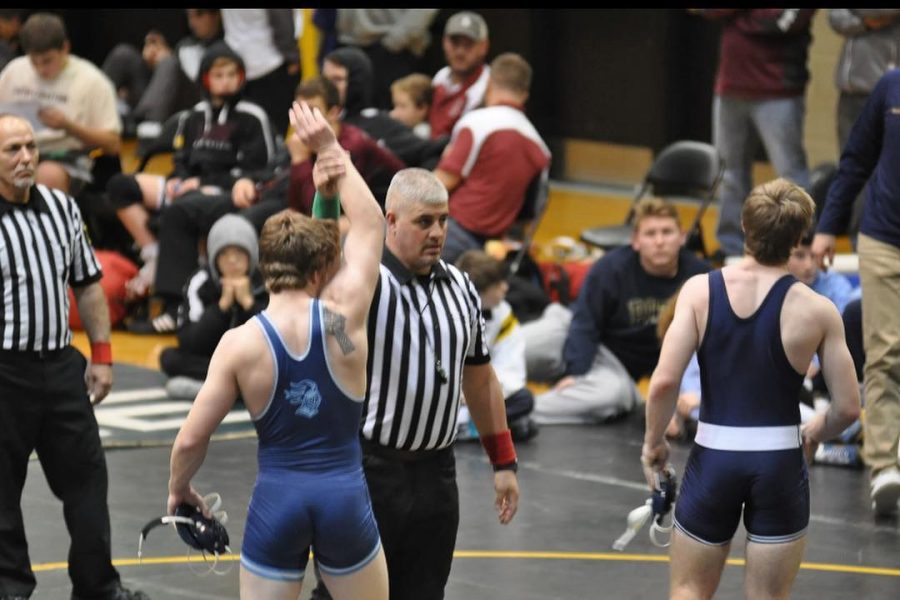 O'Neill at a wrestling match

TOWAMENCIN- You don’t always expect it. That’s what I learned from interviewing NPHS senior Patrick O’Neill.

Like when I asked him why he started wrestling, and he told me it was because he wanted to be in the WWE.

“I started in kindergarten…I had asked my dad if I could get a costume and like walk out music thinking it was like WWE and that is actually the reason I started because I wanted a walk out song and like a costume to wear…once I got taken to practice I was in for a whole different ride, but my dad had wrestled [and] my uncle [too], so it’s a big part of our family as well.”

He came with very set in stone preconceived notions about where his wrestling career would take him. Even when his dreams didn’t line up with reality, O’Neill still saw wrestling through.

“I mean, it was still cool because you got to go out there and still wrestle. It’s like a combat sport and every little kid thinks that’s fun to do. But it was definitely different like no chairs, ladders, or anything like that, but once I got used to what it is and actually introduced to the real thing, I just loved it.”

O’Neill went from dreams of being the next Kurt Angle, to achieving his one-hundredth career win at States this year, and then cementing a Division 1 wrestling career for himself at Bloomsburg University. He expected something out of the stadium of WrestleMania, but ended up with lessons to carry with him throughout life.

“Wrestling has definitely taught me that nothing in life comes easy….you get what you put into anything so the amount of effort, the amount of hard work, the hours you spend, everything is earned, nothing is given, and its taught me how to lose actually. Like learning how to bounce back from a loss and being able to recover and the biggest thing I think I learned is instead of like losing sucks obviously, but learning from your losses and being able to go back and correct them is the most important thing.”

O’Neill also didn’t expect to become a career study student working behind the scenes of North Penn Television from his original plan to be in front of the camera as a Sports Broadcaster.

“I took Broadcasting and Video Production in my sophomore year…I really wasn’t sure what it was because I had always liked sports broadcasting and that type of stuff so I thought that’s what i was going in for, but then once I started the video editing and video production and all that…I loved it right away. [I] just caught on to it from going into that class.”

Even though it wasn’t the path he expected, O’Neill will continue it as he’ll be majoring in telecommunications this Fall.

I learned something else from this interview from O’Neill too. The unexpected isn’t something to always fear. Just because you might be expecting the exact opposite, the worst possible scenario, or something even better than the actual outcome, it’s good to put yourself out there because that’s the only way we grow and learn, whether you expect to or not. Patrick O’Neill epitomizes someone who was presented with the unexpected, added his hard work and commitment, and shaped it to be the best for himself.

“I think that’s a good thing though. You don’t always expect it.”