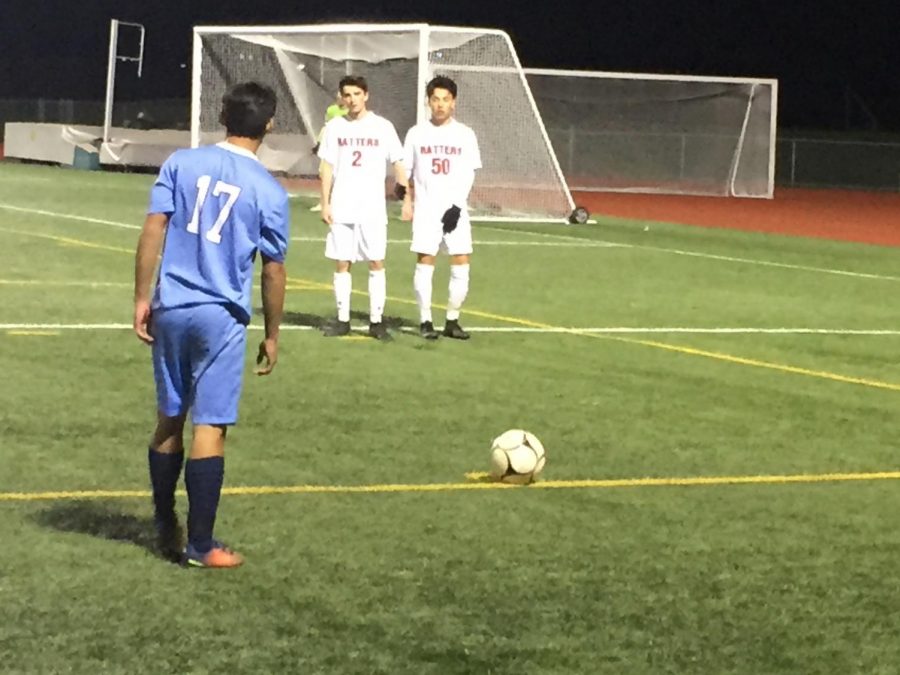 TOWAMENCIN- At Christopher Dock High School instead of at their home field, The Knights attack put in impressive work in the first half and the defense kept the lead, to move on to the third round of district playoffs.

The North Penn Knights (3rd seed) beat the Hatboro-Horsham Hatters (19th seed) 4-0, and the Knight season will be continuing for at least one more game.  The key for the Knights was how they completely owned possession time, and it led to four goals scored in the first half along with a combined clean sheet from seniors Brett Schwengels and J.P. Grattan.

“I think we just played a real solid game tonight, on the attack and defending and through midfield, it was just a complete effort tonight, one of the best games we played this year for sure,” Head Coach Paul Duddy said after the game.

After a blocked pass from a Hatboro-Horsham defender, senior Aidan Jerome kicked a hard shot that ended in the back of the net for North Penn, to give the Knights an early 1-0 lead (5’).  Later, The Hatters got the ball into North Penn territory and after a handball called against North Penn, the Hatters had a chance to tie the game but senior goalkeeper Brett Schwengels had different plans, as he came up with a clutch save to keep the Knights lead at 1-0 (15’). 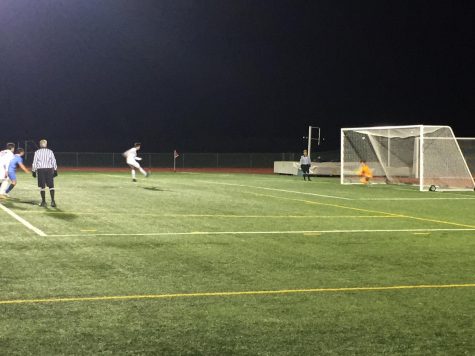 Prasham JobanputraSenior Brett Schwengels comes up clutch with a key save.

“I mean we’ve practiced PKs every day at practice, so I was just kind of like yeah let’s do it again it’s game time, came up big, proud of myself for that and turned out to be a big piece of the game,” Schwengels reflected.

After a penalty by the Hatters, junior Jamie Stewart came through with a free kick into the net and gave the Knights a 2-0 lead (17’).  Junior Carter Houlihan received jeers and profane comments throughout the entire game from the Hatboro-Horsham fans, but phased it out, as he sprinted down the field with the ball and pulled off every dribble move in the book to get past the man marking him.  Houlihan found senior Luke McMahon, who poked the ball into the net.

“I knew that we had a goal coming, we had many opportunites.  So, when I heard (the comments) I just blocked it out until we were on top,” Houlihan said.

McMahon struck again as he put another ball past the goalkeeper, this time off an assist from Stewart, and gave the Knights a 4-0 (32’) lead into halftime. 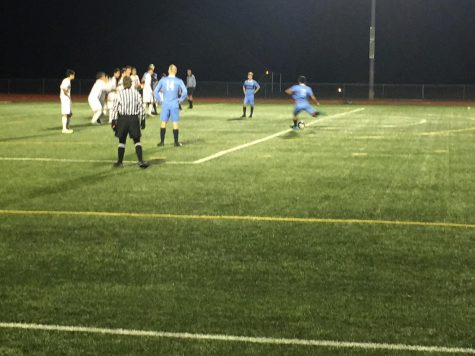 Prasham JobanputraJunior Jamie Stewart in action as he kicks in a goal to give the Knights a 2-0 lead.

“We set it up in practice, we knew we wanted to come out and get up early on these guys and that would set the tone for the rest of the game, so for us to put away a few crucial ones early, I think it really helped us,” McMahon said.

The subs would come in with a humongous lead and played great defense to maintain that lead and get North Penn the win.  The Knights will only have one day off until they play in a highly anticipated matchup on Saturday.  After losing a two-goal lead and getting their only loss of the season against the Bucks, the Knights will be playing the Central Bucks West Bucks in a win or go home game for the third round of district playoffs.

“We are going right at their neck, we want this more than anybody, this is our year,” Schwengels said, looking forward to the rematch.