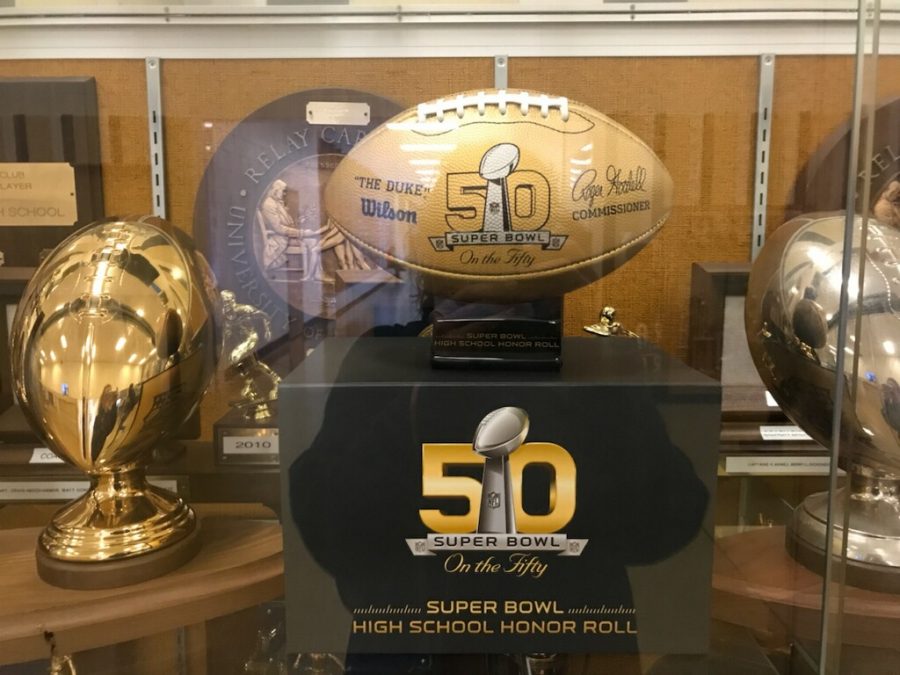 TOWAMENCIN- Brandon McManus kicked a lot of field goals at North Penn High School. As a kicker, maybe he didn’t always get the spotlight on Friday nights, but that spotlight certainly has found its way onto him plenty since then.

Out of the many of thousands of students who have roamed the halls of North Penn, only one has made the NFL.  Brandon McManus has made a career for himself as the kicker of the Denver Broncos and in my opinion, we have not honored his accomplishments enough.  I believe McManus’ high school number, which was 18, should be retired by the North Penn Football team.

The football program, here at the high school, has produced some tremendous athletes that ended up playing division one football at the collegiate level.  But, as I said before, only one has gone on play professional football.  And McManus isn’t just another kicker either, he is one of the better kickers in the NFL.  He has yet to miss a field goal or extra point attempt this season.  McManus’ career field goal percentage currently sits at 82.4% but reached 83.2% at one point this year, which was the highest field goal percentage in Broncos’ franchise history at the time.  And not to mention he is also a Super Bowl champion.

When McManus reached the Super Bowl and eventually helped the Broncos win it, the North Penn community was impacted in a way that North Penn Athletic Director, William Bartle, has never seen before.

“We all remember, how many years was it, five years ago, four, whatever it is, how the community came together. I think to me, that was most impressive; it wasn’t just North Penn High School, it was the North Penn community.  Truthfully, I don’t know if any other athletes had that impact on the North Penn Community…And I think that’s something to be said for what you believe, in that his number maybe should be retired because (if) you talk to many of the faculty members here at the time and coaches at the time, it was certainly an exciting few weeks…I will say this, if we ever retire a number here at North Penn, Brandon’s should be the first,” Bartle reflected.

So McManus, at least in my opinion, is easily deserving of the honor. Other schools have retired numbers for their alumni athletes.  Former running back, Matt Forte, attended Slidell High School in Louisiana.  Slidell retired Forte’s number back in June of 2016, while Forte was still a player.  So, a number retirement is not out of the norm.

“I think that would have to be a discussion among the coaches as well the administration; I think it’s a great idea in the sense of honoring Brandon for all his accomplishments,” said Bartle.

This would be the best time to retire the number after this season because the player wearing the number 18 right now is Josh McHoul, who is a senior.  That means, the number retirement would not force a player to pick a different number and give up the number he is accustomed to wearing.

Now, this article may focus on McManus, but he is not the only one who should have a number retired.  The ice hockey team should retire Jay Caufield’s number that he wore when he attended North Penn.  Caufield is a former NHL right wing that enjoyed seven years in the NHL, that included a Stanley Cup Championship in 1992.

“I think both of them have had incredible careers, it’s just that football is a much more notable sport than the NHL, but I’m sure if you talk to individuals that were here in the 70s and 80s, they would remember Jay very well,” Bartle said.

It’s time to consider giving, if not both, at least one of these athletes the tremendous honor it is, to have their number retired for their significant accomplishments in athletics.