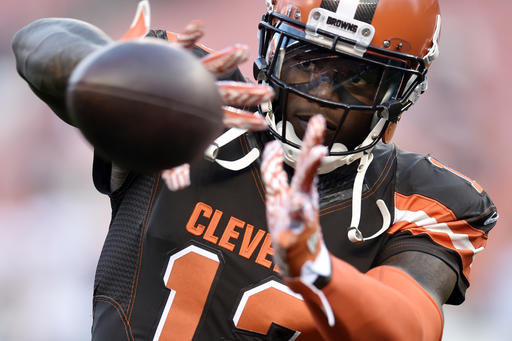 Derek Carr, Oakland Raiders – The last time Derek Carr played the Chiefs, he threw for over 400 yards and three touchdowns, including the game-winner to Michael Crabtree. The struggling Chiefs will be without All-Pro corner Marcus Peters because of a suspension, so the vulnerable tandem of Steven Nelson and Phillip Gaines will be asked to handle Crabtree. Carr has yet to throw an interception the past two weeks, and with the Chiefs missing Peters, expect another turnover free day from Carr.

Jay Ajayi, Philadelphia Eagles – Eagles fans have been waiting for Ajayi to really breakout since he was traded prior to Week 9. The Eagles are on the road against the Rams who, although are 9-3, have a pretty porous run defense. Ajayi should be able to get going on the ground and keep the Eagles from going on their first losing streak of the season. With tight end Zach Ertz nursing an injury, the Eagles will turn to the rushing attack.

LeSean McCoy, Buffalo Bills – The Bills are severely banged up everywhere on offense. Quarterback Tyrod Taylor and wide receivers Kelvin Benjamin and Jordan Matthews are hurt, the latter being placed on season-ending injured reserve. The Bills current starting quarterback, Nathan Peterman, threw five interceptions in one half the last time he played, so the Bills would be wise to let Shady McCoy carve up a bad Colts defense, rather than have the inept Peterman throw a lot.

Golden Tate III, Detroit Lions – Lions quarterback Matthew Stafford may be nursing an injury to his throwing hand, but he still has the ability to torch the Bucs’ secondary. The Bucs don’t have a cornerback on their roster that can stick with Golden Tate or a pass rush, so even with a bad hand, Stafford will be able to find an open target in Tate. Against a good Ravens defense, Tate secured eight catches, and saw a healthy ten targets, which was a third of the passes thrown by Matt Stafford. Those numbers will go up this week.

Kirk Cousins, Washington Redskins – Despite playing pretty well as of late, Kirk Cousins is not a start this week as his Redskins play on the road against the red hot LA Chargers. Young wide receiver Josh Doctson will have a hard time getting open against the Chargers’ Casey Hayward, and Cousins will constantly be harassed by defensive ends Joey Bosa and Melvin Ingram. It should be a rough day for Cousins, who will have trouble putting up points, even though he’ll have to keep up with Philip Rivers and the Chargers’ offense.

Doug Martin, Tampa Bay Buccaneers – The Buccaneers as a whole are a hot mess. Injuries have plagued the Bucs, they have too many mouths to feed at running back, and backup signal caller Ryan Fitzpatrick has eaten as many W’s as Jameis Winston (by now you’ve probably seen the video). Doug Martin has seen his number of carries dwindle due to a bad yards-per-carry ratio and emerging backs, such as Peyton Barber and Jacquizz Rodgers.

Emmanuel Sanders, Denver Broncos – Offensively, the Broncos are wasteland for receivers. Atrocious play from the trio of Paxton Lynch, Trevor Siemian, and Brock Osweiler has stifled the Broncos aerial attack and made anyone in their offense unplayable. I thought the Broncos would take advantage of a below-average Dolphins secondary last week, but exactly the opposite occurred. Sanders only had two catches for 11 yards, and quarterback Trevor Siemian tossed three interceptions, including a pick-six. Even though the Jets were burned for over 300 yards last week, the Broncos can’t be trusted no matter who they play.

Play of the Week

Josh Gordon, Cleveland Browns – I’m all in on Josh Gordon. Until last week, Gordon hadn’t suited up for a game since 2014. At times, however, Josh Gordon looked like his old self. Gordon saw 11 targets a week ago, which was good for a third of the passes thrown by Cleveland quarterback DeShone Kizer. Gordon played pretty well, even while being blanketed by Chargers corner Casey Hayward, and this week, he’ll likely see coverage from Davon House. That’s a much more favorable matchup, and with the Browns playing at home, they could even pick up their first win.