A look back on the fall sports seasons 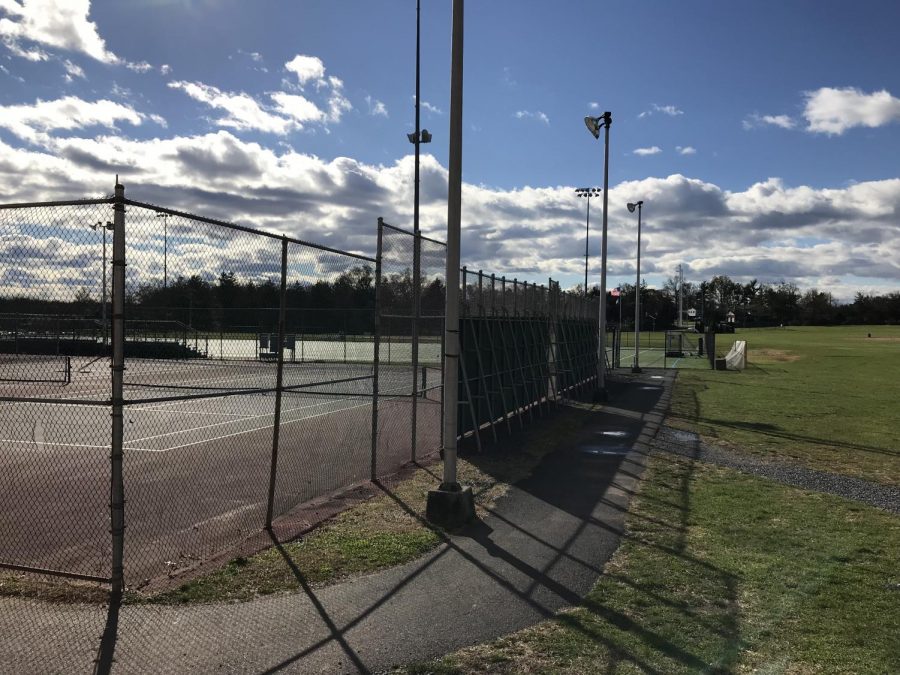 TOWAMENCIN- Starting under the blistering heat during those late summer days, North Penn’s fall athletes put tremendous work in, day in and day out, for many culminating in championship competition during the cool autumn afternoons and nights. All the sweat, hard work, and perseverance has enabled these talented athletes to achieve many worthy recognitions. As a school and individually, North Penn High School student-athletes have met goals, scored goals, and set goals for the future of North Penn Athletics.

North Penn’s Field Hockey team once again qualified for District Playoffs after competing in the Continental Conference with a record of 9-2-1. Overall, their record for the year was 14-7-1. They made it to the third round of district playoffs and ended their season losing a state playback game. The girls fought hard and long this season and are ecstatic to go even further next year.

The Girls Soccer team ended their season with a 2-9-1 league record and a 6-11-1 record overall. Starting off the season with a new head coach and new coaching staff was something to get used to, but they were still excited to play and improve their game. The girls will go out hard again next year and aim for the glory in Hersheypark Stadium.

The North Penn Boys finished first in the Continental Conference with a record of 10-2-0. With an overall record of 15-3-0, they went into district playoffs with a first game bye. Losing in their first game of playoffs was not ideal on that crisp night, but it will encourage them to aim even higher for next year.

Under the Friday Night Lights our Knights finished first in their conference with an undefeated record going 6-0, and finished with a 9-3 record overall. The team conquered their way into district playoffs but unfortunately lost in the second round of playoffs in a tough finish at Garnet Valley. The Friday nights in Crawford Stadium will definitely be missed, but the excitement for next season still awaits.

This year, North Penn’s Golf team hit a record of 3-10 in the Continental conference. Accounting for their out of league matches, the team had a final record of 4-10 for the 2017 fall season. The grass will be greener for the Golf Team as they continue to work hard for the upcoming fall.

With a new Coach for the 2017 season, Girls Volleyball finished with a record of 8-10 in the Continental Conference and an overall record of 9-14. The girls placed 6th in their league and were just shy of district playoffs. With another season under their belt, the girls are ready to come out strong in the 2018 season.

For the fourth time in a row, the North Penn Girls Water Polo team fought hard and ended up as State Champions. With an astonishing record of 26-1, the Knights landed first in the league. The ladies also finished first in the Beast of the East tournament and to top it off, Coach Jason Grubb was named Coach of the Year after the state championship game.

With a excellent start off to the season, the boys team placed third in the bronze division of Junior Olympics, which is a highly competitive tournament with the largest age group in the nation. Throughout the fall, the team earned a record of 24-3, leading them to placing first in their league. After a few years of placing second in the state championship, the Knights finally pulled through with the State Title.

The Boys XC Team ran a successful season with an overall record of 6-3. The team finished by placing 3rd in the league and 12th out of 55 teams in the District One Championships. Runner Brendan O’Toole and Noah Demis also raced in the State Championship, placing 25th and 33rd respectively.

The girls Cross Country team  went 3-3 in league and 5-3 overall. The ladies finished 2nd at the League Championship and 3rd in District One. This fall, runner Ariana Gardizy was the first North Penn athlete to ever win the district race, which led her and the rest of the team to the State Championship.

The Tennis team had a great season as their record was 11-4 and they placed 2nd in their conference. The team also came home with another victory after placing first in the Phoenixville Tournament, and to top it off, juniors Karley Alling and Elise Hurry placed third in league doubles. With an amazing season this year, the ladies are excited to excel even more next fall.

Congratulations to all of our fall athletes for an outstanding season with many accomplishments. Winter sports are now underway in the gyms and the pool, so be sure to check in with the Knight Crier for continuous winter sports coverage.