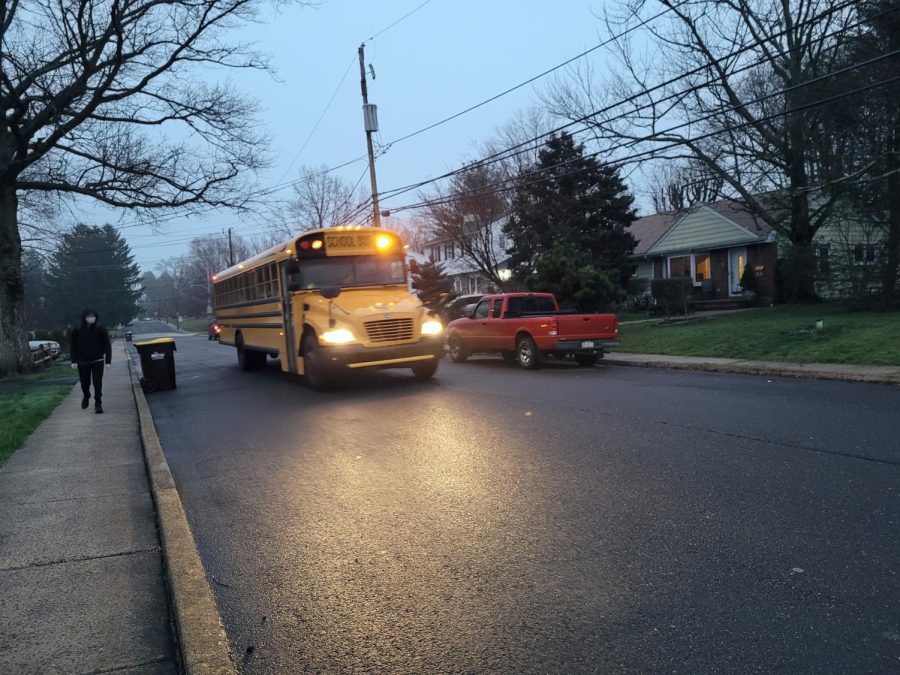 Should school start times become later or should they stay the same?

Later Start Times Work – and the Benefits Outweigh the Negatives

In the past year, since coming back from a model of schooling where you could wake up mere minutes before school would start and open up class from your bed, many students have complained about early start times and feeling tired throughout the school day. North Penn’s standard high school start time is at 7:21 A.M., requiring some students to wake up as early as 5:00 A.M. in order to make it to school on time. However, one of the largest school districts in the country, the Philadelphia School District, has made the decision to change high school start times to begin at 9:00 A.M. every day beginning in the 2022-23 school year. If North Penn decided to adopt similar plans, how would this affect our students – both in school, and otherwise?

In polls conducted among 93 North Penn High School students through Instagram and Google Forms polls, 90% of students stated that they don’t get enough sleep during the school week. 80% of students reported falling asleep more often in school this year than in previous years, and 49% of students also reported working during the week, with 38% of this reporting working until 10:00 PM or later. All in all, 82% of North Penn students surveyed believed that a start time of 9:00 AM or later would be more beneficial than our current start time.

One major factor that people in schools such as North Penn have struggled with has been the abnormally early start times, especially for High School-aged students, who are still growing and developing, therefore requiring more sleep than the average adult. North Penn, for example, begins its school day at 7:21 A.M., meaning that some students have to wake up in the late 5-o’clock hour to get to school.

In high school, however, another factor has to be considered; the fact is that some students work in the evenings, into the nighttime

Here in Pennsylvania, the latest a teenager under 18 can work is 10:00 P.M. during the school year, and many workplaces don’t tiptoe around this. While businesses such as retailers who employ teenagers often don’t break these child labor laws, they stretch them to the fullest extent, working their teenage employees as late as they can. If a student works until 10:00 P.M., then has to drive 15 minutes home, get showered, eat dinner, and get ready for bed, they just might be in bed by 11:00 at night, not by choice, either. If they’re required to wake up at around 5:45 A.M., they’ve gotten under the minimum of 8 hours of sleep that the CDC recommends for teenagers 18 and under.

Some school districts have taken notice of all these factors, and made the decision to stagger school start times – and one good, local example of this is Philadelphia Area School District. They’re in a situation much like North Penn’s; they’re a large, regional school district, looking for a superintendent as we speak, however, what separates us from them, other than a couple dozen miles, is their high school start times for the 2022-2023 school year.

PSD has made the executive decision to stagger their high school start times from 7:30 A.M., much like North Penn’s, to a more reasonable 9:00 A.M. This decision inevitably comes with backlash from some, however, who argue that the later dismissal times are more destructive than any worth the benefits that the later start times could bring.

It was announced on March 17th that the School District of Philadelphia will change most of their high school start times to 9 A.M. starting in the fall of 2022. With the North Penn School District being only 20 miles away, could we see changes in the near future to follow Philadelphia’s new change? Such a change may excite morning weary students but pump the brakes. There are plenty of reasons this may not be the best course of action.

After-school activities are very important to many students at NPHS. North Penn hosts over 70 clubs and sports teams. If start times were to get pushed back, so would the end time. Starting at 9 A.M. would mean leaving around 4 P.M., leaving considerably less time for activities. For sports teams, if they have an away game, they wouldn’t get back to the high school until about 10 P.M. Another thing is, outside of school activities wouldn’t be about to happen. Some facilities for activities might not have lights, like a basketball court at a park. Those recreational activities wouldn’t be able to happen because daylight is limited.

Changing the start time would also waste about 2 hours of your day. Although you have a spare 2 hours before school now, there is about no chance you are going to be productive during those hours. Most high school students would rather sleep than get up and do something productive with this extra time.

Most high school students work. With a push back of school end time, work hours would be even more limited than they already are. Working that 3 to 10 shift at your job would now become 5:30 to 10 shifts. Some students work so that they can help support their families. Pushing back the start times would potentially endanger a student’s financial situation.

Changing start times for our school would not be ideal for multiple reasons, and the list above is just a few major reasons. Leave a comment below if you think we should keep our start time the same, or push it forward