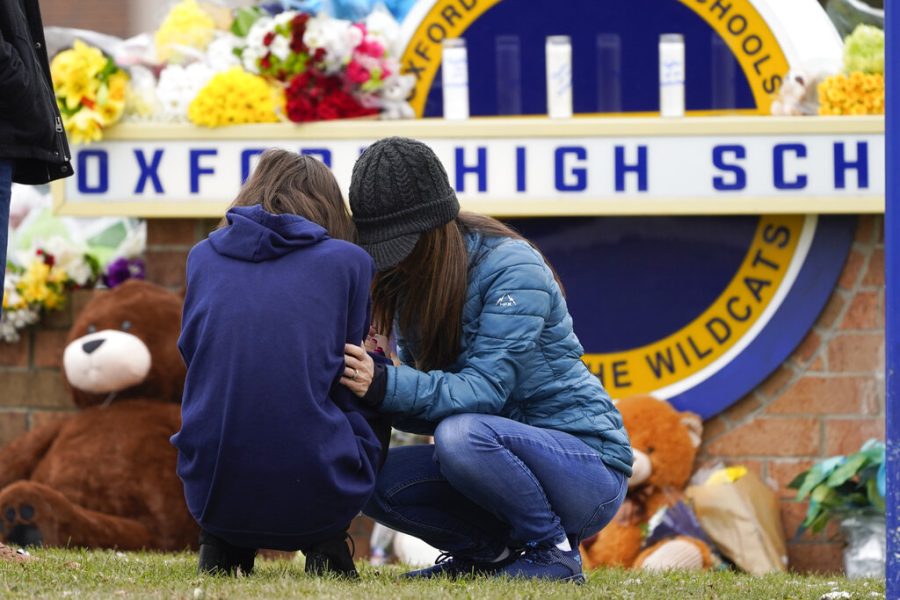 Opinions expressed in the Op/Ed section of The Knight Crier are not necessarily reflective of the views of the entire staff of the KC.

Just by searching “gun violence in Philadelphia” a surge of headlines including “Stop killing our community,” “ Philadelphia is about to set a grim record for homicides,” and “Funeral For Temple University Student Sam Collington Held Saturday” are some of the latest news headlines impacting our region. As much as news and media have been under scrutiny over the last several years, this is also a good time to examine the role media coverage plays concerning mass shootings and gun violence.

When the media struggles to create a compelling narrative to capture the audience’s attention, the policies surrounding gun control receive little attention as well. We need to reconsider how the press covers gun-related issues in America because it is ineffective.

The mass shooting headline gaining heavy traction on the mainstream media right now is the massacre that occurred at Oxford High School, leaving four students dead and several injured in Michigan. The suspect exited the bathroom and started shooting students in the hallways causing the school to be placed on lockdown. Students were captured trying to frantically escape through the windows. Parents were instructed to head across the high school to a grocery store to reunite with their kids. Ethan Crumbley, a 15-year-old sophomore, was taken into custody by police within minutes of their arrival. Police recovered a 9 mm Sig Sauer which had been purchased by the father, four days before the shooting occurred. Law enforcement discloses that school officials had a meeting on Monday and Tuesday with Crumbley and his parents. The shooting took place on the same Tuesday. Crumbley has been charged as an adult. Authorities in Michigan were looking for the parents of the teen on December 3rd after a prosecutor filed involuntary manslaughter charges against them. Crumbley’s attorney claimed the parents left town for their own safety and would be returning to Oxford to face the charges. However, Detroit’s police chief, James White dismissed that possibility. James and Jennifer Crumbley were later captured at midnight, now considered a flight risk.

The Sandy Hook Elementary School shooting in Connecticut on December 14, 2012, received extensive media coverage in the days following. According to Danny Hayes, from the Lexis-Nexis U.S. Newspapers & Wires database, there were over 2,000 stories per week covered in the news in December of 2012, but by January, the number had dropped by half. The fewer than 1,000 stories per week indicate that stories about mass shootings gain traction for a short period of time before being overshadowed by more recent events in the media.

The news stories of mass shootings fail to effectively portray the horrors of gun violence; the audience is exposed to the grieving relatives but not the actual horrors of the scene, leaving the effects of the shooting to be perceived as “bloodless.”

Media outlets must do a better job of demonstrating the impact of gun control policies and must maintain pressure after headlines appear in the news because mainstream media is currently failing to shed light on the issue of stronger gun control legislation.

News outlets focused on the Virginia Tech mass shooting that occurred on April 16, 2007, where two attacks took place. Next, the Aurora, Colorado theater shooting on July 20, 2012. Lastly, the attack on Republican Gabrielle Giffords in Arizona on January 8th, 2011. Each event showed similar trends in the media found via the Lexis-Nexis U.S. Newspapers & Wires database mentioned earlier.

During the week following the Virginia Tech shooting, nearly a thousand news stories containing the phrase “gun control” were published. The pattern of coverage in the mainstream media is clear. Following the incident, articles about gun control make headway but fail to gain real momentum as other matters take center stage. After 5 weeks had passed since the Virginia Tech shooting, news coverage nearly went back to where it had been before the shooting. The Aurora theatre shooting followed the same pattern.

When dramatic events, such as a mass shooting, are brought to the attention of the media, an onslaught of news stories is published, but then coverage gradually declines because journalists concentrate their efforts on newer issues, leaving the public’s attention to turn as well.

Philadelphia had one of the deadliest years on record due to gun violence. Nearly 500 people were killed in 2020, causing the city to almost surpass its previous highest homicide rate in 1990. The violence has struck overwhelming in communities of color. City officials and law enforcement are blaming gun violence on a variety of factors such as structural inequalities like poverty, underemployment, and a shortage of police officers.

According to The Philadelphia Inquirer, in a written statement, Mayor Jim Kenney said there was “no greater priority for our administration than to reduce violence and create safer communities and a more just city for everyone.”

Gun violence started to rise from the past two years impacting big cities such as Chicago, Detroit, and Las Vegas. The losses from these shootings are devastating to communities especially in Philadelphia which has nearly 11 homicides a week. The amount of loss leaves neighborhoods and countless families scarred.

“They take a part of your heart away,” said Roxanne Myers Contee, in an interview with The Philadelphia Inquirer.

Her son was fatally shot on Valentine’s Day in Philadelphia. She knows justice won’t bring her son back but she moves forward finding comfort in the last conversation she held with her son.

How is Philadelphia planning to handle this gun violence crisis? Philadelphia sued Pennsylvania in 2020 over a concept known as preemption, which does not allow cities to pass local gun laws. The suit revolves around restrictions the city will not be able to impose unless the state approves them, such as requiring a permit to purchase a firearm in the city and setting limits to how many guns someone can purchase during a certain amount of time.

City officials turn to the courts as they are in a tough spot. However, Democrats are getting backlash from Republicans in Harrisburg.

Jason Gottesman, the spokesperson for House Majority Leader Kerry Benninghoff accused District Attorney Larry Krasner of failing to enforce criminal gun laws and allowing “violent criminals back on the streets,” according to The Philadelphia Inquirer.

A candlelight vigil was held for slain Temple University student Samuel Collington who was killed during a robbery attempt.

“I will never forget Sam. He’s always, always gonna be one of those students where I just wanted to see his success. Waited to see him on political stages. Beloved student, always,” his former teacher said in an interview with Fox 29.

Collington, a 21-year-old student, has been shot twice in the chest just a few blocks away from Temple’s campus. He was rushed to the Temple University Hospital where he later died.

The number of killings this year is 55% higher compared to the statistics in 2019.

“I am heartbroken and outraged that we’ve lost nearly 500 Philadelphians — including many children and teenagers — to needless violence this year…I never stop thinking about the victims and their families, and the incredible loss these senseless deaths leave behind,” explained Kenney, in The Philadelphia Inquirer.

The role of media coverage has changed throughout the years. While the media is not fully effective at portraying the stories of gun violence, initiatives to help journalists depict gun violence more thoroughly will help communities that are suffering.

According to the University of Pennsylvania’s Fels Institute of Government platform, “The Initiative for Better Gun Violence Reporting” was launched in 2019 by Philadelphia multimedia journalist Jim MacMillan. The initiative focuses on “community training sessions on issues such as media literacy, finding better sources, and holding civic leaders accountable…[hoping to provide] opportunities for members of affected communities to meet with traditional journalists and for everyone to learn from each other. Building these trusting relationships will empower vulnerable populations to tell, publish and distribute their own stories. This will help community gun violence to be addressed as a public health challenge that can be eradicated with intervention, education and the pursuit of economic justice.”