It’s time to do away with class rank 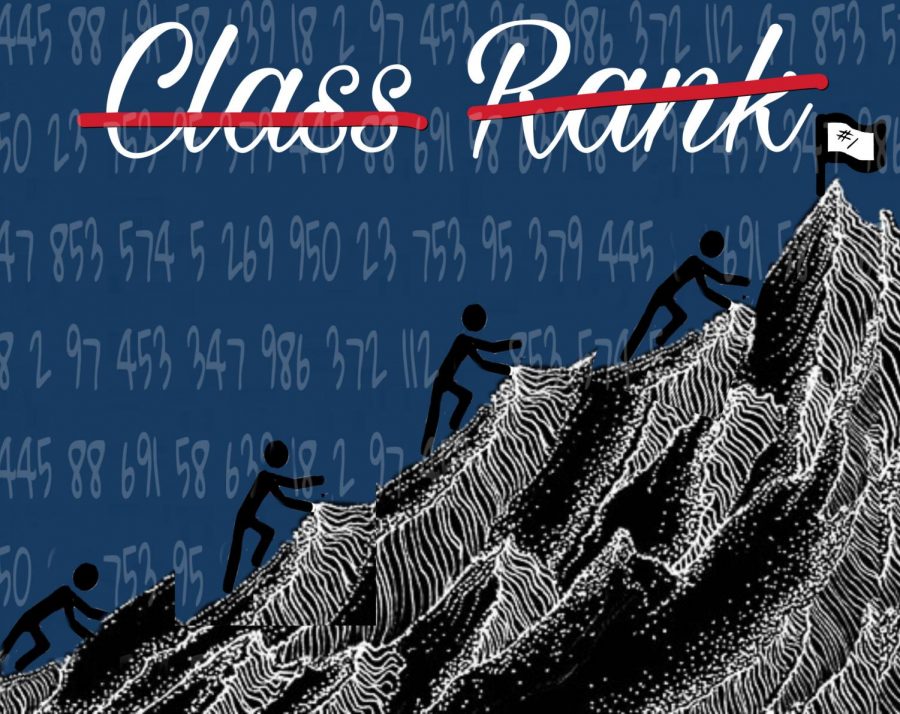 In our present-day educational system, numbers are crucial when it comes to a student’s evaluation for success. Whether it’s everyday homework grades or SAT/ACT results, numbers tend to be the main tool for measuring a student’s growth and understanding. Class rank, which is the measurement of a student’s performance in school compared to their peers, is an outdated source of information that only creates division. Both public and private schools across the country have been doing away with class rank, and it’s now time for North Penn to follow suit.

Of course, different colleges and universities have priorities when it comes to evaluating a student’s application. Some colleges, especially state schools, tend to focus solely on your academic record, which includes test scores, GPA (weighted and unweighted), and class rank. But, many educational institutions have switched to a holistic approach, which assesses your academic record, as well as your extracurriculars, work experience, and personal essays.

“Well as I understand it, it is a system of ranking students based on weighted GPA. If there are 1000 students in a class then each student receives a rank out of 1000 based on their weighted GPA. It is updated once per year,” Turner explained.

Yet, many argue that class rank isn’t an accurate representation of your personal academic record. Since you’re competing against fellow classmates for a higher GPA, it goes against the collaborative aspect students are taught from a young age. This can cultivate an unhealthy atmosphere which can lead to obsessions over grades, as well as cheating.

Of course, colleges need some sort of tool to evaluate how hardworking a student is in their educational setting. Their GPA is already a strong indicator of how studious they are, as well as whether or not they challenge themselves based on their course load. And, if a student has struggled to maintain a healthy GPA, they can make up for it in a strong test score on either the SAT or ACT.

With all of these boosts to your academic performance, it’s no surprise that high schools throughout the nation have been doing away with class rank. Additionally, if it’s superficial assessment isn’t enough, higher institutions have been holding class rank to a lower regard over the years. A statistic from a 2019 National Association of School Admissions Counseling report showed, “…about 9% of colleges nationally saw rank as having considerable importance over admissions cycles from 2016 to 2018, compared with 23% in 2007.”

North Penn, being a high school that prides itself on its passion for exuberant school spirit and builds strong collaboration skills, still uses class rank, which is now highlighted as a shallow evaluation system that creates division among peers. Yet, even with class rank still being practiced, Mr. Turner advises students not to stress.

“Students need to be aware of class rank and the effect it can have, but also do your best to focus on taking the courses that are best suited for you,” Turner shared.“It’s a tough balance to find, but many students do it incredibly well at North Penn.”