Reflection: The Eyes For A Nation 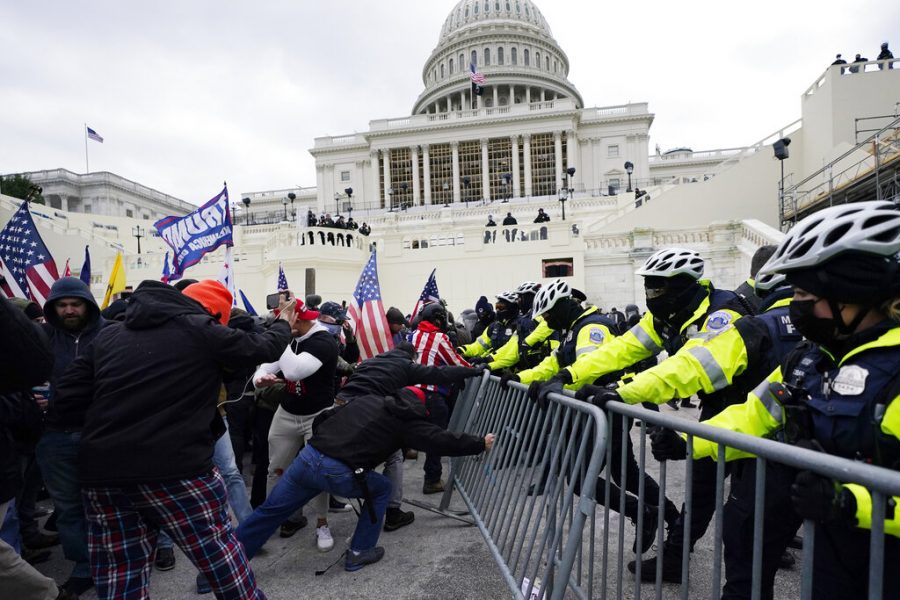 FILE - In this Jan. 6, 2021, file photo, Trump supporters try to break through a police barrier at the Capitol in Washington. For America's allies and rivals alike, the chaos unfolding during Donald Trump's final days as president is the logical result of four years of global instability brought on by the man who promised to change the way the world viewed the United States. (AP Photo/Julio Cortez, File)

As the House Chamber and Senate Floor were evacuated, the television cameras in those chambers, controlled by members of Congress, went dark. In a matter of minutes, the unyielding journalists on the scene forced their way into the mob and through the halls of the Capitol to capture history. The destruction. The anger. The faces. They instantly became the eyes for a nation.

Take Huffington Post political reporter Igor Bobic for example. Bobic was tweeting updates all afternoon from inside the Capitol building, and shot the now infamous video of Capitol Police Office Eugene Goodman leading rioters away from the unsecured Senate Chamber. Without Bobic’s footage, Goodman’s heroism may never have been properly acknowledged, and the terrifying realization that rioters would have breached the Senate if not for Goodman would not have been known.

CNN’s Alex Marquardt was reporting from outside the Capitol when, after being threatened by Trump supporters with chants of ‘traitor’ and ‘‘we could absolutely f***ing destroy you’ , had to evacuate to another location just to secure the safety of him and his team.

Then there are the photojournalists. Mike Theiler of Reuters capturing the first time in American history that a Confederate flag flew in the hallowed halls of Congress. Saul Loeb of the Agence France-Presse documenting Richard Barnett with his feet on Nancy Pelosi’s desk. Drew Angerer of Getty photographing Capitol Police with their guns drawn on rioters attacking the door of the House Chamber.

As the Capitol was under seige, these journalists, and the dozens of others who were live tweeting and calling into TV networks, proved once again how our profession is a cornerstone of democracy. As seditionists were literally looking them in the eye and banging down their doors, they rose to the challenge, an implied job requirement that journalists have been fulfilling for hundreds of years; shedding light on even the most offensive and disturbing of stories to keep Americans informed.

It shouldn’t take Trump supporters scratching ‘Murder the Media’ into a door of the Capitol for there to be a fresh wave of collective understanding that journalists are risking their lives to keep us informed in the face of bloodshed, tyranny, and chaos. As a high school journalist, seeing the dedication of these journalists makes me honored to follow in their footsteps, knowing that no matter how much the truth may be attacked or suppressed, it will always prevail.