Time to rewrite the political playbook 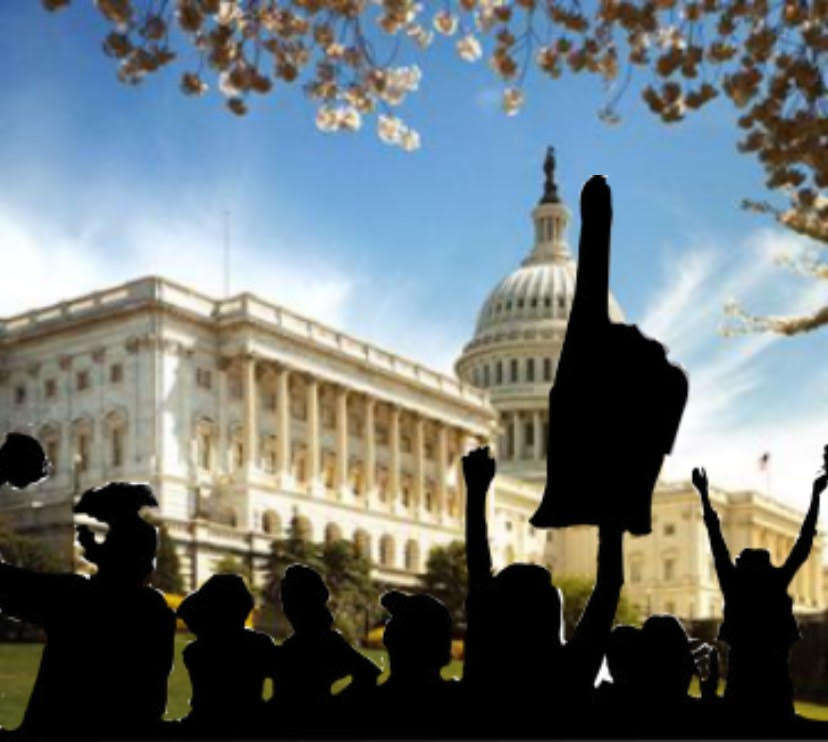 Business Insider reported in January 2018 that a Senate Republican “threw cold water” on a “Hail Mary plan” that would have averted a government shutdown. An article published in March 2013 said that the use of chemical weapons by the Assad regime in Syria would be a “game changer” for Obama. Another article posted in December 2002 revolved around President George W. Bush’s level of certainty about the case for war in Iraq, and President Bush’s response was that “it’s a slam dunk.”

See a recurring theme? The answer is yes. And the theme is that we constantly speak of politics through sports analogies.

We use sports analogies all of the time in normal conversations, I don’t think there is anything wrong with using phrases like “move the ball down the field” or “get across the goal line.” But there is no question that we sometimes take sports too far. It’s easy to unlearn our values when there are 2 seconds left on the clock in the fourth quarter during game 7 of the NBA finals and the referee makes a bad call, it’s easy to leave behind all civic manners when an opposing player brutally fouls one of your own.

We take sports too seriously because someone has to win and someone has to lose– and if you’re a loyal fan of a team, it doesn’t matter how you win, just as long as you do. Which is why there is a huge problem in the United States because of the fact that we act like politics is some kind of sport.

When we do treat politics like a sport, we lose focus on what American politics is really about. It’s about finding the best solution under special circumstances, and at the same time trying to keep the most people happy. Because at the end of the day, no matter Democrat or Republican, we all love the United States.

When talking about politics, there are two teams. Democrats vs. Republicans. Many of us are born into one of the two and we are taught from a very early age by our parents, or even community, that only one of the two parties can represent our values. Some of us reject our family’s chosen team, and join the other side, some of us stay put and would feel like a traitor if we switched sides, and some of us truly become our team’s super-fan. Either way, we all decide to put on our team jerseys, and by doing that, we adopt out teams stances on gun control, health care, and/or abortion.

The problem with doing that is that very few of us actually examine what our chosen team’s ideas are, and even worse, we almost never question our team’s candidates. It doesn’t matter if that policy makes us question the team’s values, or even if we don’t understand it. It doesn’t matter if that politician gives us creepy vibes, or if we don’t even know who he or she really is. All that matters is that the person is wearing the same jersey as you, and all you have to do in return is be a good team player and make sure your person gets elected. Because nothing comes before the team.

It’s easy to fall victim to that team sports mind set. For many of us, our jerseys become our sense of identity. When a Sixers fan goes to the Wells Fargo Center to watch his or her favorite team play, that fan is most likely wearing a favorite player’s jersey or shirt– symbolizing the idea that is that fan’s favorite player.

Coming back to politics, our jerseys are our source of information. From what news broadcast you watch, or to what tweets you retweet. For example, if you wear a red jersey, you watch Fox, if you wear a blue jersey, you watch CNN or MSNBC. And by watching specific news channels that cater toward our teams, we unconsciously learn to recite specific talking points, and we are blind to the idea that our team could be wrong.

We view political conversations with members from the other team as a chance to score more points on the board for your team, and that also comes with defense– because after all, defense does win championships. It doesn’t matter if a member from the Democratic side committed a crime or said something questionable, your job as a team player is to justify their actions before a member from the other team talks badly about that same Democrat.

Our jerseys inadvertently bind us to our teams’ commitments. It’s as if we live only in our team’s arena and we never take into account that there is another arena filled with the same loyal fans as ours is– but for the other team. It’s as if looking at issues from another perspective doesn’t exist anymore. We only focus on the scoreboard and we don’t even realize that there is more to this game than what team passes what bills, or what team holds the majority in the House or Senate. Everything is seen through a team player’s perspective, and because of that, we miss the spaces where there is so much more going on than just national debates.

That type of ideology is toxic to our local elections. Did you know that as an average Joe living in a suburb of Philadelphia, your state legislature will affect you way more than who is President? Probably not. Steven Rogers, a professor from Saint Louis University studies the elections of state representatives, and what he found was that many voters could not name their state representatives or what that person even stands for. But most of them knew what team their candidate was from– how does that work?

When we go about politics as a team-first mindset, it plagues our creativity. As a sports fan you are never okay with a tie, and most sports don’t even allow a tie to become the outcome – they just go into overtime until there is a winner. Same thing with politics nowadays; only one side can win. We evaluate bills not by merit, but by who proposed them. It doesn’t matter if I’m a Democrat and the Republican team proposed a bill that would benefit millions of jobless Americans during this Coronavirus pandemic; what matters is that if that bill goes through, the Republicans get all of the glory. So as a team player, I’m going to do everything I can to stop that bill.

In sports there are rivalries between two great teams – it’s a mix of toxic competition and inevitable bias. We adopt the mentality that our team is NEVER wrong and that the other team is ALWAYS wrong. I’m not sure when but somewhere along the lines in American politics, we replaced disagreement with hatred. I can back that up with a study done by Pew Research in 2017 in an effort to understand the polarization in American politics. The study found that 20 years ago, 17% of Republicans had a very “unfavorable” opinion on Democrats. But jump to 2016, almost 50% of Republicans had an “unfavorable” opinion on Democrats. Same thing with the other side, the number of Democrats who had an “unfavorable opinion” on Republicans jumped from 16% to 44% in 20 years.

We are no longer working towards the common goal of making America the best it can be, and we are no longer building something together. Our main initiative over these past few decades has been tearing the other side down. Winning isn’t enough; we have to flat out annihilate them.

But think about that: if we truly believe that the other side wants to destroy our country, does that not mean that the only victory is if the other 50% of the country packs their bags and goes elsewhere? The reality is that will never happen and, pardon the cliche, but-  we are all in this together. Think about it this way. Yes, there can be a rivalry between the Sixers and the Celtics, but when players from those teams are chosen to represent Team USA in the Olympics, all of that petty drama is thrown in the garbage for the interest of the nation. We have to try to find ways we connect instead of trying so hard to find our differences, and we can do that by not treating politics as some competition. We can all move forward together; we just have to take our jerseys off.